Accessibility links
Computers Grade Essays Fast ... But Not Always Well Some schools, looking to cut costs, are intrigued by so-called robo-readers, computer programs that grade students' writing and offer feedback. Some teachers find the programs helpful in the classroom, but skeptics say they're not always the best judge of writing ability. 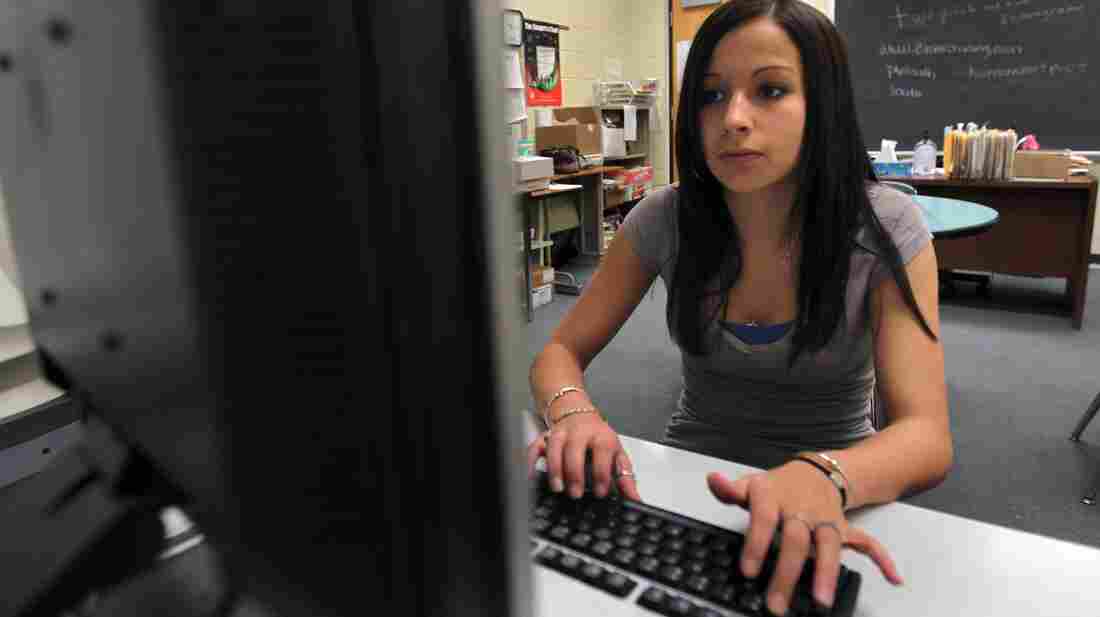 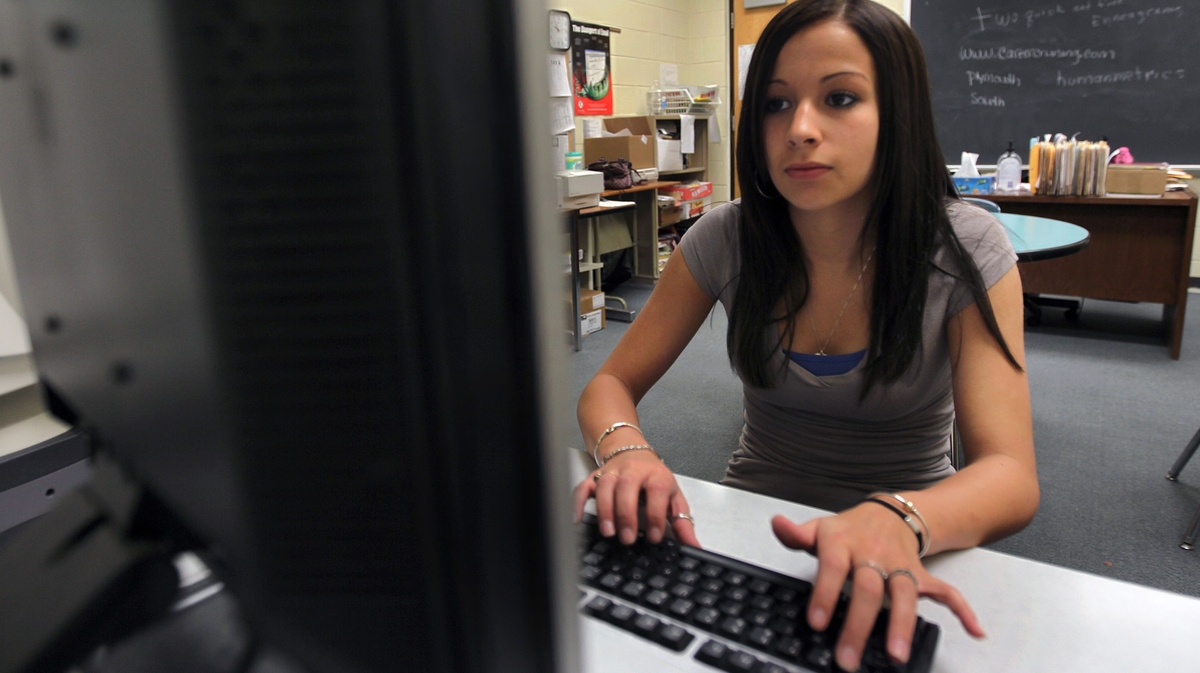 As schools look to cut costs, more are considering using computers to grade students' writing assignments and to provide writing help. The programs can assess large numbers of papers in seconds.

Imagine a school where every child gets instant, personalized writing help for a fraction of the cost of hiring a human teacher — and where a computer, not a person, grades a student's essays.

It's not so far-fetched. Some schools around the country are already using computer programs to help teach students to write.

There are two big arguments for automated essay scoring: lower expenses and better test grading. Using computers instead of humans would certainly be cheaper, but not everyone agrees on argument No. 2.

Les Perelman, director of the student writing program at MIT, is among the skeptics. Perelman recently tried out a computer essay grading program made by testing giant Educational Testing Service.

"Of the 12 errors noted in one essay, 11 were incorrect," Perelman says. "There were a few places where I intentionally put in some comma errors and it didn't notice them. In other words, it doesn't work very well."

On a scale of 1 to 6, one of the greatest presidents of the United States was only getting 2s and 3s.

University of Akron's Mark Shermis, on a computer's evaluation of the Gettysburg Address

Perelman says any student who can read can be taught to score very highly on a machine-graded test.

That's because software developers build the computer programs by feeding in thousands of student essays that have already been graded by humans.

So, Perelman says, it's possible for students to score an A on a computer-graded essay simply by combining all the elements of an essay that would be scored highly by a human grader.

Of course, if you know the elements of an A essay and are able to combine them, odds are you're already a pretty good writer.

Mark Shermis, dean of the University of Akron's College of Education, recently co-authored a study of nine different essay-grading computer programs. On shorter writing assignments, Shermis says, the computer programs matched grades from real, live humans up to 85 percent of the time.

But on longer, more complicated responses, the technology didn't do quite as well.

"It will not identify the next great American novelist," Shermis says. "But if what you're trying to do is communicate thoughts and ideas in a very straightforward manner, then the technology is actually a wonderful tool."

Can A Computer Grade Essays As Well As A Human? Maybe Even Better, Study Says

But not always. Shermis ran the Gettysburg Address through one of the earlier-generation computer grading programs, one usually used to evaluate the writing abilities of college freshmen.

Suffice it to say, Abe did not ace the test.

"On a scale of 1 to 6, one of the greatest presidents of the United States was only getting 2s and 3s," Shermis says of Lincoln's scores. "We were actually very shocked."

A history professor told Shermis he shouldn't worry; the speech is more famous for its context than for the actual words themselves.

Still, school officials trying to cut expenses are intrigued by the promise of scoring thousands of student essays in seconds, without the need to hire human graders.

Jeff Pence, who teaches writing to seventh-graders in a Georgia middle school, is already sold on the idea.

The computer graders he uses give students instant feedback on every draft. Pence says there's no way he and his red teacher's pen could do that. And quicker responses, he says, lead to more writing.

Pence says it would be great to have a couple of dozen real, live human teachers reading every student draft. It would also be nice, he says, if his district found the money to hire those extra teachers. But until then, he's holding on to his computer programs.