Accessibility links
Cabinet Of Wonders: Uncle Dad When the house band features Peter Buck (REM), The Decemberists, and Scott McCaughey (The Minus 5)— you're in for a show. Also on this episode: Nicole Atkins, Ted Leo, Eugene Mirman, and more.

I'm going to play a bunch of songs about not lending money to people you aren't married to.

On this episode of the Cabinet of Wonders you'll also find the soaring voice of a rising star, Nicole Atkins, a reading of hilarious tweets by Eugene Mirman and host John Wesley Harding and a solo song by Sean Nelson, formerly of the band Harvey Danger, Then, punk favorite Ted Leo performs, followed by a sci-fi short story by Audrey Niffenegger, author of The Time Traveler's Wife, about the death and afterlife of independent book stores.

For this episode, John Wesley Harding is backed by an all-star band, featuring Peter Buck of R.E.M., members of The Decemberists and Scott McCaughey of The Minus 5. They call themselves The King Charles Trio, but count 'em – there are many more than three making such beautiful noise together. 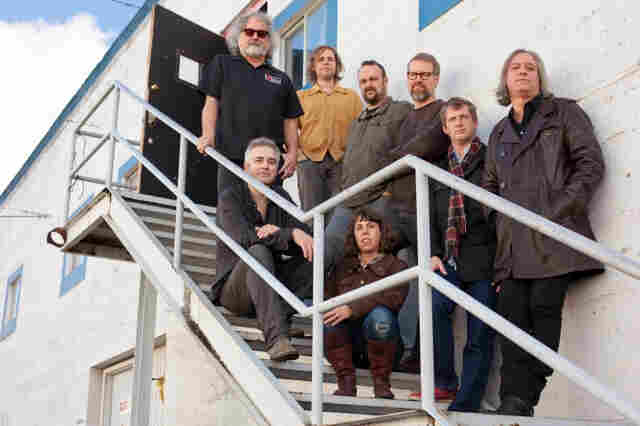 The star-studded cast of the The King Charles Trio. The band formed to support John Wesley Harding's latest album, The Sound of His Own Voice, and the tour that followed. Jason Quigley/Courtesy of John Wesley Harding hide caption 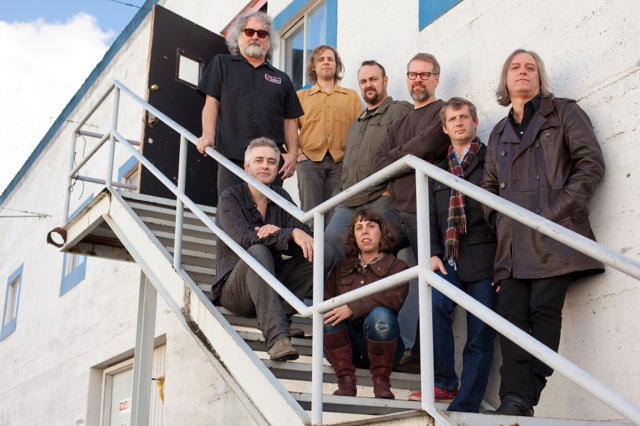 The star-studded cast of the The King Charles Trio. The band formed to support John Wesley Harding's latest album, The Sound of His Own Voice, and the tour that followed.

Nicole Atkins says she learned to play both piano and guitar by the time she was 13. Her style, described as "unique" and "fierce", has been compared to Roy Orbison and Fiona Apple.

Signer-songwriter Nicole Atkins mixes genres of blues, country, soul, and psychedelic music. Her most recent album, Mondo Amore, was released in 2011. Atkins is on tour through the Spring of 2012.

Ted Leo is a punk/indie singer, songwriter, and multi-instrumentalist. Leo is the front man for Ted Leo and the Pharmacists. The band's most recent album, The Brutalist Bricks, was released in 2010. Leo has played with Citizens Arrest, Chisel, the Sin-Eaters, and more.

Literature meets rock and roll in this exclusive performance mashup. Myla Goldberg, renowned author of \"The Bee Season,\" reads — with gusto — her homage to the state of Maryland, accompanied musically by members of The Decemberists and Peter Buck of R.E.M.

Ted Leo and the Pharmacists perform, "The Mighty Sparrow."

Singer, songwriter and keyboardist Sean Nelson is best known as a leading member of the Seattle-based indie pop band, Harvey Danger. The band's hit, "Flagpole Sitta," helped sell more than 500,000 copies of their first album, Where Have All the Merrymakers Gone. Nelson has collaborated with Death Cab for Cutie, The Decemberists, and Nada Surf.

Audrey Niffenegger is most well known for her book The Time Traveler's Wife. She has a background in visual arts: printmaking, painting, drawing, and comics. Niffenegger continues her writing and drawing career, while teaching at Columbia College in Chicago. She is currently working on her third novel The Chinchilla Girl in Exile.