Accessibility links
Right On The Money: A 'Capital' Book For Our Times In the 2008 financial crash, a lot was written in newspapers and even books — but there wasn't much fiction out there to help those who like to view life through an imaginative lens. Now author John Lanchester's Capital can fill that void. It describes the crash as seen from London, and Lizzie Skurnick calls it "brilliant." 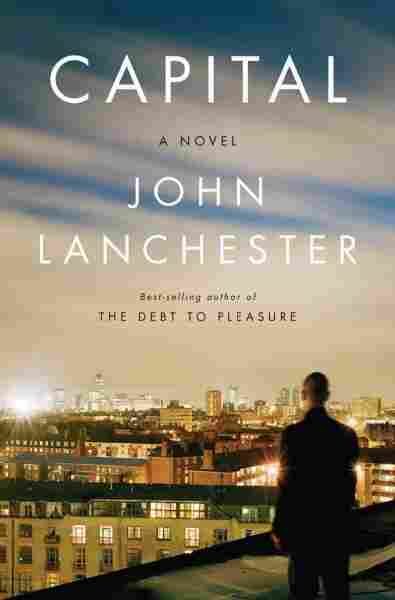 Lizzie Skurnick writes the "That Should Be a Word" column for the New York Times Magazine.

John Lanchester's brilliant Capital, set on a once-ordinary London block whose housing prices have skyrocketed, has the distinction of being the first brick-and-mortar novel set squarely in our current times. It's 2008, the peak of the housing crisis, and the homes of Pepys Road, built in the late 19th century for people willing to trade a bad neighborhood for better digs, have zoomed to stratospheric worth. But there's a worm in the budget: Someone is sending each newly enriched homeowner a picture of his own front door, scrawled with the message, "We want what you have." Which — each homeowner wonders — is what?

The answers are as varied as the residents themselves. One of the great delights of Capital is how Lanchester uses the book to show readers the sparkling strata of present-day London, from Arabella Yount, the social-climbing wife of a banker who looks at the card and merely observes no one she knows uses second-class stamps, to her builder, Polish resident Zbigniew, who has traded his present life to save for his father's retirement — a country house which is currently just a castle in the air. Only Petunia Howe, the eldest resident on the street, has the sense to look at her own brittle bones and tatty linoleum with clear eyes. Her answer to the card: Why would anyone would want what she has?

It's easy to confuse a house's worth with your own, and Lanchester has a ball dissecting our folly and foibles, from wealthy rehabbers to striving shop owners to interns aggrieved with the shifting sands of their fates. The street is filled with residents gambling their future on the present, like those first 19th century residents of Pepys Road. Teenager Freddy Kamo, who is used to fetching his own water in Senegal, lives in luxury in his make-or-break chance to be a top-tier footballer. The street's parking warden, Quentina Mkfesi, was a scholar in Zimbabwe. Here, she's an illegal immigrant, zealously ticketing Pepys Road's inhabitants while she waits to receive asylum. Which will triumph — justice or irony?

Lanchester's choice of the name Pepys Road for Capital is no coincidence. Samuel Pepys, the 17th century diarist, gave readers a bird's-eye view of the plague, fire and politics that decimated Restoration-era London. In Capital, Lanchester is our intrepid Pepys, gently showing us our plagues — greed, politics, sheer corruption. They hit close to home, as he plays with the concepts of value and commodity — as close as a half a million dollars in worthless bills hidden in a wall, in one case.

Still, it's not all bad news. These characters, unlike those on HGTV, won't find their lives transformed by a kitchen rehab. But when our lives lie around us in ruins, Lanchester shows us, we don't need a bad loan to rebuild.