Accessibility links
'Bill W.' Day Celebrates Alcoholics Anonymous Hero Bill Wilson's simple grave in Vermont makes no mention of his work — co-founding Alcoholics Anonymous. But that doesn't stop people from visiting it, especially on the first Sunday in June. There, they celebrate Wilson, and his role in helping them change their lives. 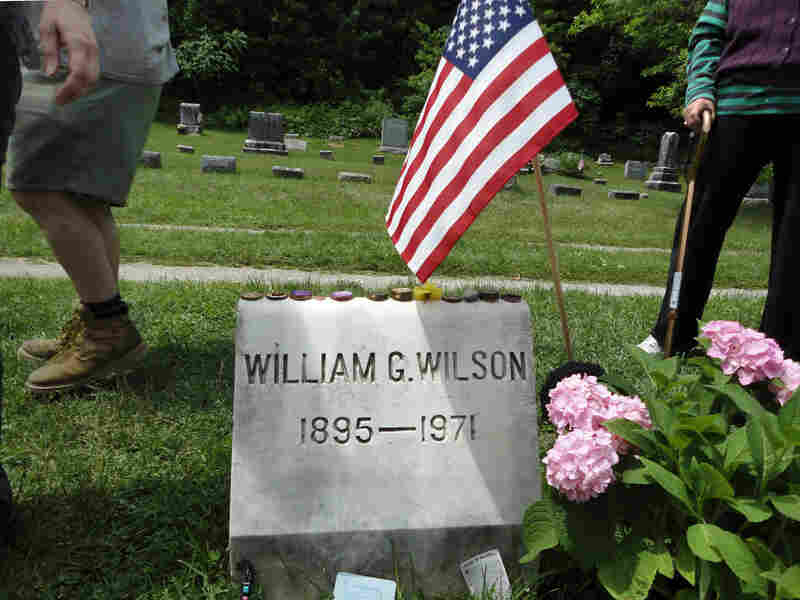 Visitors to Bill Wilson's grave in Vermont often leave sobriety chips atop his headstone, marking how long they have been continuously sober. Steve Zind/NPR hide caption 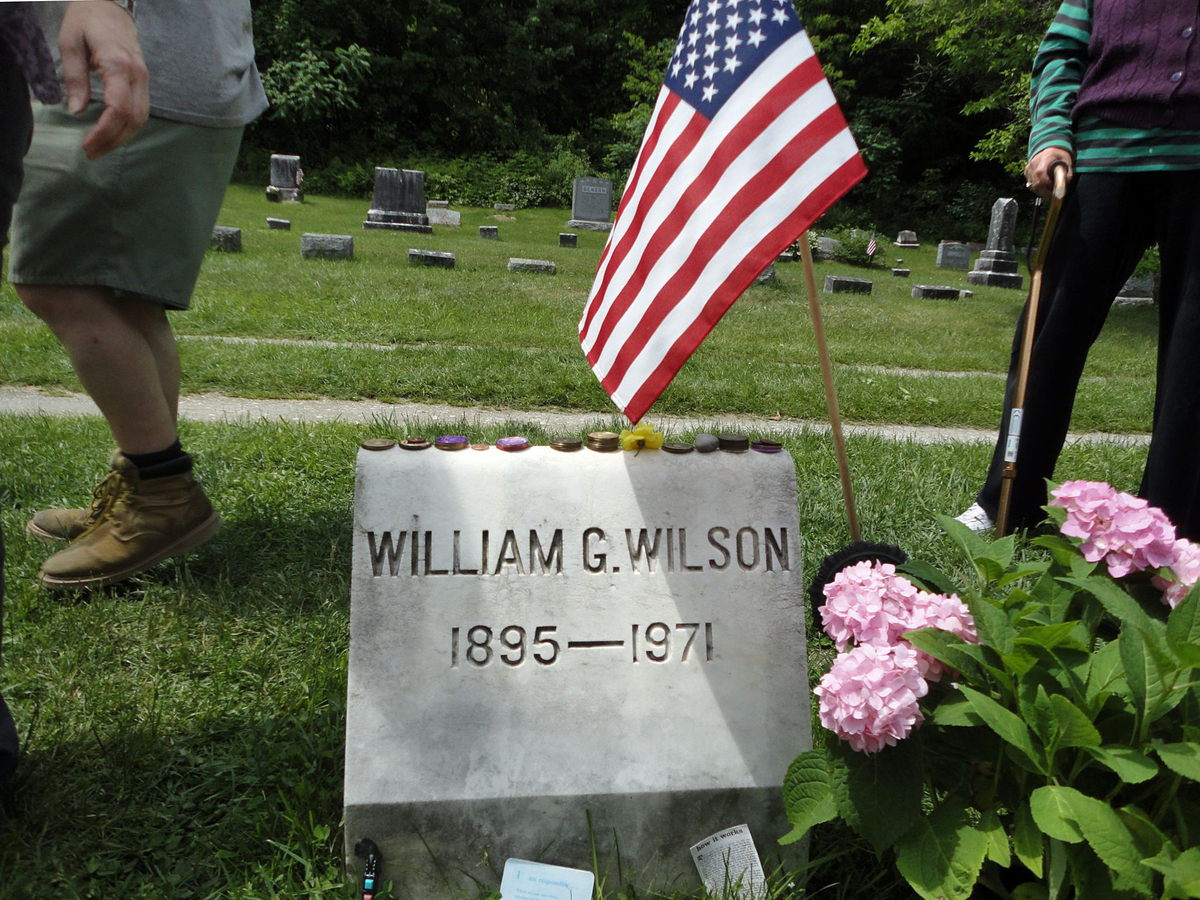 Visitors to Bill Wilson's grave in Vermont often leave sobriety chips atop his headstone, marking how long they have been continuously sober.

Alcoholics Anonymous has long been known for the anonymity of its members. But there are two key figures in AA's history whose names are well known.

One is co-founder Bill Wilson, known as "Bill W." Beginning in the 1930s, Wilson and Dr. Bob Smith began helping other alcoholics in order to maintain their own sobriety.

Wilson's simple grave in Vermont makes no mention of his work. That doesn't stop people from visiting it, especially on this annual Bill W. Day. But people seek out Wilson's grave in a small cemetery near his birthplace in East Dorset, Vt., all year long.

Dick — nearly everyone in AA is known by first name only — helps tend the grave, collecting the notes left there.

"Dear Bill, 27 years ago I gave life to my son MJS," he reads aloud. "Just over a year ago, the program you founded brought him back to life. Signed, a grateful mom."

Besides notes, Dick says that people leave their sobriety chips at Wilson's grave. The medallions show how long someone has been continuously sober.

There will be a lot of new chips left on the headstone on this annual Bill W. Day, which Dick helps to organize. It's the first Sunday in June, when hundreds descend on the small village to visit Wilson's grave.

At the cemetery, a man sends visitors to parking spots nearby. His name is Dennis; he drove over from Maine to help direct traffic. The license plate on Dennis' pickup truck reads "IHADNUFF." He's been coming to Bill W. Day for more than 15 years.

"I have great respect for Bill and everything he's done for our lives," Dennis says. "It's not just not drinking; it's about living a different life, becoming a different human being."

The cemetery that holds Wilson's grave occupies a grassy hillside just outside the village. More than 200 people gather around Wilson's small marble headstone, which simply bears his name and the years 1895 and 1971.

The ceremony includes a recital of AA's 12 steps, along with the Serenity Prayer, a fixture at meetings since the 1940s. "God grant me the serenity to accept the things that I cannot change," the crowd recites.

Although this isn't an actual AA meeting, there's time for a few personal testimonials.

Brian was 16 when he met Bill Wilson after a court ordered him to attend AA. After he got sober, Brian says that he never saw Wilson. His visit to the grave is his way of saying thanks.

After the ceremony, back in the village, Cindy, 63, says she's been going to AA meetings for eight years, but sobriety has been elusive.

"This time around I've got a month," she says. Speaking to a friend, she says, "I'm going to get it right, this time, right?"

Cindy hopes being here will help her stay sober. For those in AA, that's the power of visiting a simple grave marker in East Dorset, Vt., on the first Sunday in June.