Accessibility links
Sidi Touré And The Sonic Heritage Of The Sahara When Touré plays and sings on his new album, you can feel him channeling ancient folklore through the modern filter of an acoustic guitar. 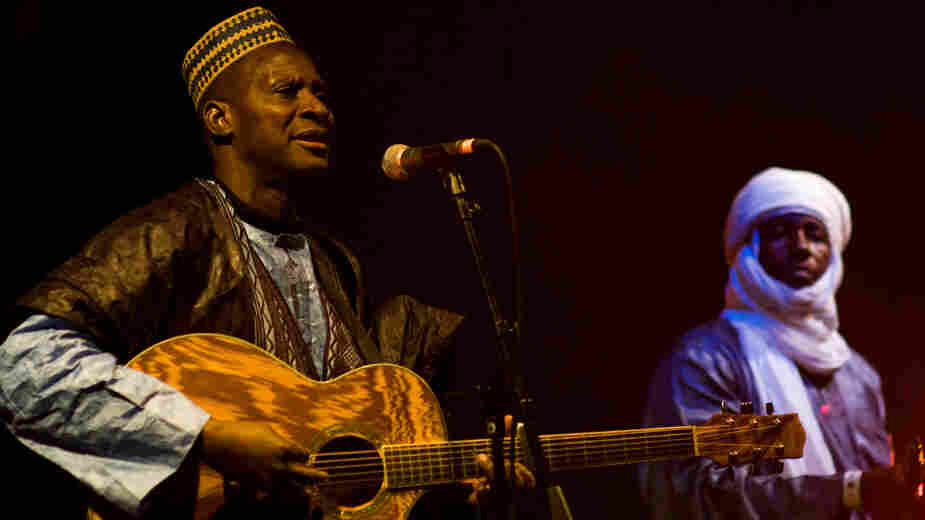 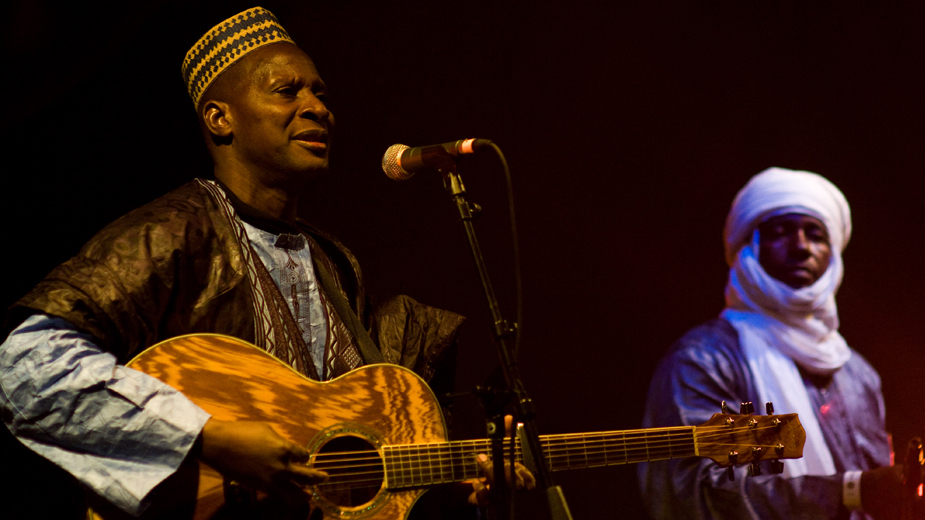 Sidi Touré plays guitar and sings in the Songhaï tradition.

A Tour Of Northern Mali, Courtesy Of Sidi Toure

It's easy to romanticize the Sahara — a vast expanse of sand organized around the northern reaches of the Niger River. Part of that romance is captured in the music of singer and guitarist Sidi Touré, who composes songs in the folkloric tradition of the Songhaï people.

His new album of desert chamber music, Koïma, harkens back to the glory days of the Songhaï Empire, which ruled much of the region from the city of Gao in the 15th and 16th centuries.

Many of Touré's songs express nostalgia for that bygone era. Today, one might also feel a hankering for the peaceful coexistence that this region's peoples enjoyed until recently. In March, Tuareg rebels swept the city of Gao into a self-proclaimed Tuareg homeland that they are calling Azawad. But the sedentary Songhaï and nomadic Tuareg have lived side by side for centuries, and share much — including, in recent times, a reputation for creating highly distinctive guitar music.

Songhaï music is delicate and rhythmically complex. When Sidi Touré plays and sings on his own, you can feel him channeling ancient folklore through the modern filter of an acoustic guitar. A couple of songs on Koïma make a nod to the blues — an easy leap for this dry, dusty, lonely music.

Maybe the most beautiful thing about Songhaï music is its multilayered rhythms, where slow and fast tempos and even different time signatures coexist in a subtle, shifting flow. That mysterious duality is endlessly fascinating to the ear, and also a fitting metaphor for the current cultural drama unfolding in and around Gao. In music and in life, contradictory truths coexist, and the challenge is to find a balance — as Touré does so beautifully on Koïma.