Accessibility links
Under The 'Nuclear Shadow' Of Colorado's Rocky Flats Kristen Iversen spent her childhood in the 1960s in Colorado near the Rocky Flats nuclear weapons factory, playing in fields that now appear to have been contaminated with plutonium. In Full Body Burden, she investigates the environmental scandal involving nuclear contamination around her childhood home. 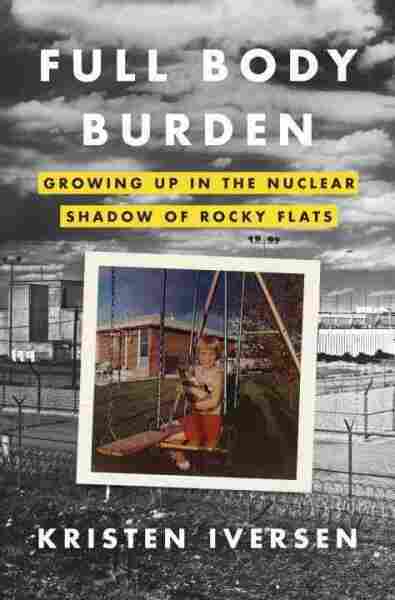 Growing Up in the Nuclear Shadow of Rocky Flats

Kristen Iversen spent years in Europe looking for things to write about before realizing that biggest story she'd ever cover was in the backyard where she grew up. Iversen spent her childhood in Colorado close to the Rocky Flats nuclear weapons factory, playing in fields and swimming in lakes and streams that it now appears were contaminated with plutonium. Later, as a single mother, Iversen worked at the plant but knew little of its environmental and health risks until she saw a feature about it on Nightline.

Iversen's new book, Full Body Burden: Growing up in the Nuclear Shadow of Rocky Flats, is in part a memoir about her troubled family, and also an investigation into the decades-long environmental scandal involving nuclear contamination in and around Rocky Flats. Weapons production ended there after FBI agents raided the plant in 1989. Its operators later pleaded guilty to criminal violations of environmental law.

But during Iversen's childhood, the people living near Rocky Flats had no idea that plutonium bomb components were being constructed so close to their homes — or that radioactive waste was leaking into the surrounding environment. The plant's day-to-day activities were highly secretive. So secretive, in fact, that Iversen's family didn't know what their neighbors who worked at the plant did for a living.

Instead, the plant was manufacturing balls of plutonium that were integral to creating nuclear chain reactions. Workers at the plant manipulated plutonium using lead-lined gloves that were attached to stainless steel boxes. The plutonium was then shipped to a facility in Texas, where it was encased in conventional explosives and made into bombs.

Iversen notes that plutonium, which contains alpha particles, is extremely dangerous to humans if ingested or inhaled.

Over the course of Rocky Flats' history, there were several accidents that sent radioactive particulates into the atmosphere. On several occasions, barrels of radioactive waste were found to be leaking into open fields. And fires in 1957 and 1969 at the plant sent plumes of radioactive material over the Denver metro area.

"One of the most important things about the fire [in 1969] that we didn't know about was that it burned out all of the filters and the measuring equipment so we still don't know how much plutonium and other radioactive material was released into the environment," says Iversen. "But the really dramatic part is that the building got so hot that it started to melt the roof. The roof started to rise like a marshmallow bubble, and if that roof had actually been breached, we would have had an accident of catastrophic effect, something along the lines of Chernobyl, in the Denver area and beyond."

Even though the event was not catastrophic on the scale of Chernobyl, it was still the costliest industrial accident to ever occur in the United States. The cleanup from the accident took over two years.

"Plutonium particles were found at an elementary school 12 miles away," says Iversen. "There was plutonium and radioactive particles found throughout the Denver metro area."

The fire led to safety upgrades on site at Rocky Flats. It also increased public scrutiny. Throughout the 1970s, protesters began to flock to Rocky Flats to bring attention to the environmental and health hazards posed by the plant. They began asking questions about where the radioactive contamination at the plant had originated.

"And the Department of Energy admitted, 'Yes, there is contamination off-site but it's not from the 1969 fire. It's from a 1957 fire. We don't know how much contamination escaped from that fire,' " says Iversen. And the Department of Energy also said, " 'It's also from barrels, on what's been called the 903 pad.' There were 3,000 barrels filled with radioactive material, liquid and solid waste — primarily plutonium — and they stood out in the open for 11 years from 1959 to 1970. And the bottoms of the barrels rusted out and all of that stuff got into the local water supply."

The protests continued throughout the 1970s and 1980s. Then, in the late '80s, the Environmental Protection Agency and the FBI began working with whistle-blowers to investigate unsafe conditions at the plant. The FBI started flying covertly over the plant at night to measure airborne contamination. In 1989, after several years of investigation, the FBI and the EPA raided Rocky Flats.

"I believe it was the first and only time two government agencies have raided another," says Iversen. "The EPA and the FBI raided the Department of Energy [which controlled the operation of the plant]." 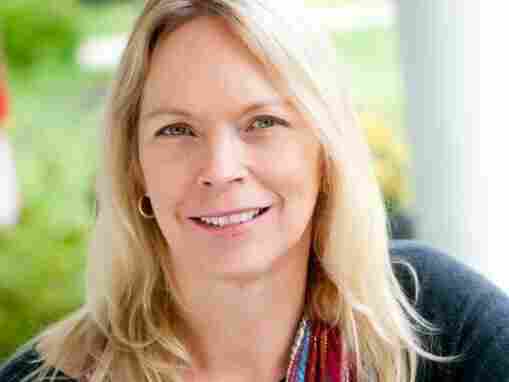 Kristen Iversen is director of the M.F.A. program in creative writing at the University of Memphis and editor-in-chief of the literary journal The Pinch. courtesy of the author hide caption

The Grand Jury Investigation And Findings

After the raid, a grand jury investigation opened to examine what, if any, criminal wrongdoing took place at the site. The grand jury recommended indictments for the Department of Energy officials controlling the site as well for as Rockwell officials, who were contracted to run day-to-day operations.

Rockwell did plead guilty to several environmental crimes and agreed to pay an $18.5 million fine, says Iversen. But, she notes, many felt like that was not enough.

"The fine, although it was a substantial fine at the time, was almost exactly the same as the bonus that Rockwell received for that particular year for meeting production quotas," she says. "At Rocky Flats was always the highest priority and safety of workers always took second place to that. ... Part of the reason that there were no indictments was that it was argued that these were officials with the Department of Energy and Rockwell who were operating within instructions from the Department of Energy — that is, that these environmental violations were sort of OK because what is most important is the production of plutonium [parts for bombs]."

Rocky Flats halted plutonium bomb component production in 1990 and closed two years later because of safety concerns for workers and because the U.S. stopped making nuclear bombs when the Cold War ended. The DOE estimated that it would take 70 years and $30 billion to clean up the pollution at the site, but the agency accelerated those plans — and the cleanup was finished in less than 10 years.

It is now slated to eventually reopen as a wildlife refuge and public recreation area, where people will be allowed to bike, hike and possibly hunt. Iversen says she wants to make sure people know the risks they're getting into if they choose to go into the Rocky Flats area for any kind of public recreation.

"There are breathable particles of plutonium out there in various hot spots and people need to know the kind of risks they're taking if they're hiking or biking out at the Rocky Flats National Wildlife Refuge," she says. "Or if they're going to let their kindergartener or first-grader go out on a trip to Rocky Flats. People need to know what remains."

On plutonium pits, which were developed at Rocky Flats

"They're about the size of a half-grapefruit, slightly flattened, gray in color. And they were shaped and machined — there was a foundry where the plutonium was melted — and then they were shaped and machined within these glove boxes. And the process itself created a lot of dust and shavings and that sort of thing. So that was always a problem. But when a worker was finished with that particular part of the process, the plutonium pit was moved up to a conveyer line and then it went down to the next part for the next stage."

On missing plutonium at Rocky Flats

"The Department of Energy has admitted to more than 3,000 pounds of missing plutonium. It has kind of a funny acronym. It's called MUF, which stands for missing unaccounted-for plutonium. Well, where did that missing plutonium go? Three thousand pounds is a lot when you think about the fact that one-millionth of a gram of plutonium can cause cancer or a health effect. So where was it? Well, in 1990, they revealed that 62 pounds of plutonium had been trapped in the vents and the piping between the building. That's enough for six or seven bombs right there. The Department of Energy has claimed that much of the plutonium that was missing was due to administrative errors or they put it somewhere and meant to put it somewhere else. It's just plutonium that has somehow been lost in the system. Or it could be administrative errors for part of it. I think some of it ended up in my backyard, frankly. A lot of it went out into the Denver metro area."