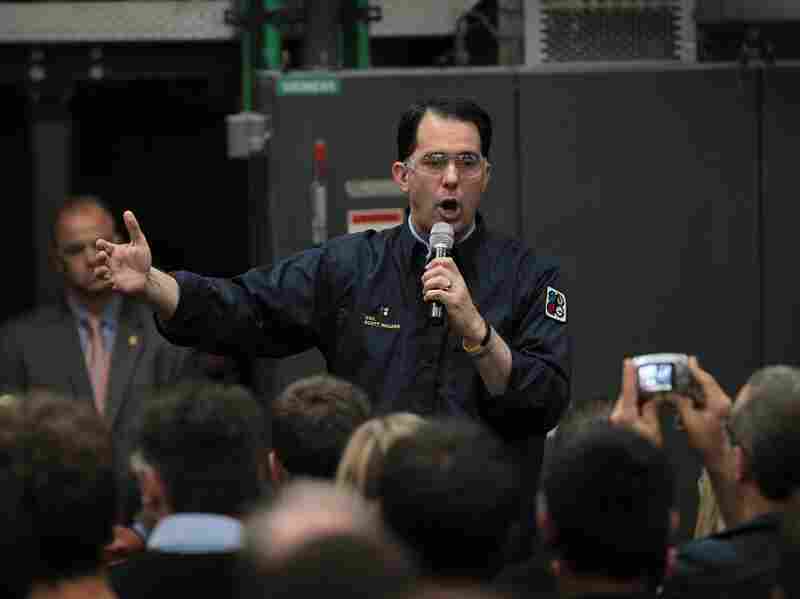 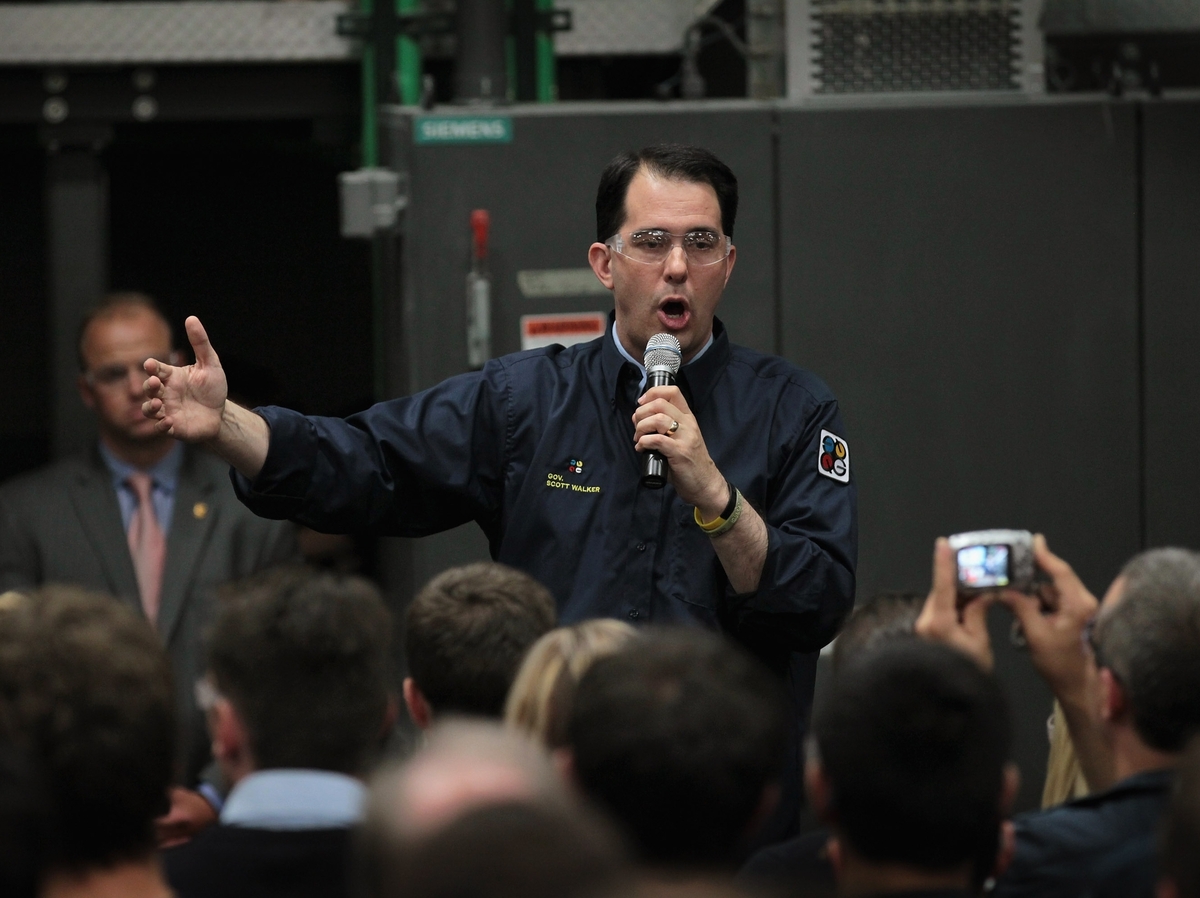 Jay Cost is a staff writer at The Weekly Standard.

What does Wisconsin Governor Scott Walker's smashing victory in the recall election mean for November? Republicans, naturally, are triumphant, seeing proof that conservative enthusiasm is maintaining its 2010 levels as well as a successful trial run for their get-out-the-vote operations in the Badger State. Liberal Democrats, predictably, are skeptical that the Wisconsin race has any lessons for November and point to exit poll data suggesting recall voters preferred President Obama to Mitt Romney. MSNBC's Lawrence O'Donnell went so far as to call Obama the "big winner" in the Wisconsin race.

The Democrats' argument is weaker. To begin with, the exit poll question they cite was poorly worded and does not provide an apples-to-apples comparison with other measures of the horse race. Public opinion polling shows a tight contest in the Badger State, with the president under 50 percent in the RealClearPolitics average of the most recent polls.

What's more, the Walker victory in Wisconsin points to a possible rout in November on a much deeper level — deeper than the fickle horse race polls and closer to what the 2012 contest is actually about.

To appreciate this, consider what Governor Walker accomplished. He did not simply cut spending by requiring government workers to chip in more for their health care and pensions; he also instituted structural reforms of labor relations to keep spending down in the future and then fought back three attempts from the left to undo his good work. The liberals tried to take over the state legislature via recall elections; they turned the reelection campaign of Justice David Prosser into a proxy war against the union reforms; and they went after Scott Walker this week. In all three instances, they failed.

Public sector unions on the state and local levels have enjoyed enormous privileges for their 50 years of existence. Like their private sector counterparts, they have used collective bargaining to maximize their pay and benefits. Yet unlike trade and industrial unions, public sector unions essentially bargain with themselves. They are such an integral part of the Democratic coalition — delivering to Democratic candidates and causes not just money but massive numbers of voters and volunteers — that the party dare not defy them. Thus, "negotiations" between Democratic-led governments and public sector unions are really anything but.

The result has been duly perverse. For one thing, the Democratic party has found a way to pump money out of the public treasury to finance its campaigns; for another, state and local budgets are continually expanded beyond all reason. In the days of the 19th-century urban machines, this would have been called graft. Today, liberals and labor leaders call it "union rights."

That phrase points to the great rhetorical scam of the modern Demo-cratic party. While consistently couch-ing its vision in communitarian language, the party nevertheless raids the public treasury and bends the vast governmental regulatory machinery to deliver billions of dollars worth of payoffs every year for the benefit not of everybody, but of fellow Democrats.

Walker has cut to the heart of this political Frankenstein's monster. More important, he fought back the Democrats' claims that he was trampling on "workers' rights." He convinced Wisconsinites that he was the protector of the public interest, while the unions were looking out for themselves. This is a feat no Republican has managed since the Great Depression. The Democratic machine has been so powerful that Republican leaders usually cave without taking on the powers that be (as Ronald Reagan did when he signed the 1982 amendments to the Voting Rights Act). Or, worse, they take them on and lose (as the Republican congressional majority did in 1948 after passing the union-curbing Taft-Hartley Act).

This makes Scott Walker the anti-Obama. Whereas Walker defied powerful Democratic Party interests for the sake of the public good, Obama has done the opposite. On one issue after another — from the stimulus, to health care, to financial reform — the president and his allies in Congress larded up their legislation with goodies for their core voters, with little or no regard for whether the final product would benefit Americans generally. Worse, after his rebuke in the 2010 midterm elections, the president was unbowed, sending to Congress the American Jobs Act, essentially a stimulus-lite that would again reward Democratic interests such as the unions.

If Walker can run against this type of narrow interest-group politics and win — in progressive Wisconsin, of all places — then so can Mitt Romney. More than anything else, the Walker victory demonstrates that conservatives can convince the country that unions are not laboring on behalf of "working families." And if conservatives can do that, they can also persuade voters that environmentalists are interested in something other than "clean air," and hustlers like Jesse Jackson and Al Sharpton aren't merely promoting "civil rights." The old empty communitarian rhetoric can be shown for what it is.

Of course, there is no real reason for the GOP nominee to make public sector unions a national issue; after all, federal employee unions do not enjoy anywhere near the same rights as their counterparts in the states. But Walker's victory suggests a line of attack Romney can use against Obama's major legislative initiatives.

On the stimulus, under the guise of reviving the economy, the president merely paid off his supporters in the labor unions, the environmental movement, the feminist movement, and the Congressional Black Caucus. The failed solar-panel maker Solyndra, recipient of half a billion dollars in federal loan guarantees, is the most striking illustration of how a Democratic interest won and the public lost. But there is a broader case to be made — that the stimulus failed to jumpstart the economy as the president promised because it was weighed down with patronage. Dollar for dollar, the stimulus was the single largest gift to Democratic interest groups in American history. Romney needs to make that point.

On health care, the story is similar. The president promised to make health insurance more affordable and secure. Indeed, the prime justification for pursuing the legislation so early in his tenure was that affordable health care was an essential ingredient of a sustainable recovery. But Obamacare fails to deliver; it will make insurance more expensive and less secure for millions of Americans. Time and again, the president chose not to follow through on his promises for the sake of a bevy of interest groups — traditional Democratic clients like labor, but also drug companies, hospitals, doctors, and so on. Romney has to convince Americans that, in giving special carve-outs to these well-heeled groups, Obama turned his back on the public good.

As for the financial reform bill, it offers Romney the best opportunity to rebut the president's charge that the former Massachusetts governor is a "vulture capitalist," in hock to Wall Street. The president and his allies in Congress promised to clean up the mess left behind by the 2008 implosion of the markets, but their final product actually enshrines the much-despised "too big to fail." One reason why is that Obama accepted millions from the megabanks during the 2008 campaign, much more than John McCain, and those big financial institutions sent an army of lobbyists to Capitol Hill to make sure any "reform" was amenable to them. It worked for the president's favored clients, and the public got the short end of the stick.

On all three of these issues, Romney has an opportunity to pin down Obama much as Walker stymied the public sector unions. The Wisconsin unions talked about how they were in it for the public good, but Walker made a compelling case that they were not. Similarly, Romney can point out that, Obama's communitarian rhetoric notwithstanding, his tenure has been a kind of Tammany-on-the-Potomac; under the Obama machine, it is great to be a client of this patron/president, but terrible for everybody else.

Walker has shown that this kind of argument can win. Romney can follow his lead.