Accessibility links
Review: Edmar Castaneda's 'Double Portion' Of Harp There have been a few groundbreaking harpists in jazz and improvised music, from Dorothy Ashby to Zeena Parkins. Now, Fresh Air's jazz critic says the Colombian phenomenon joins that list with Double Portion, his new album of solos and duets. 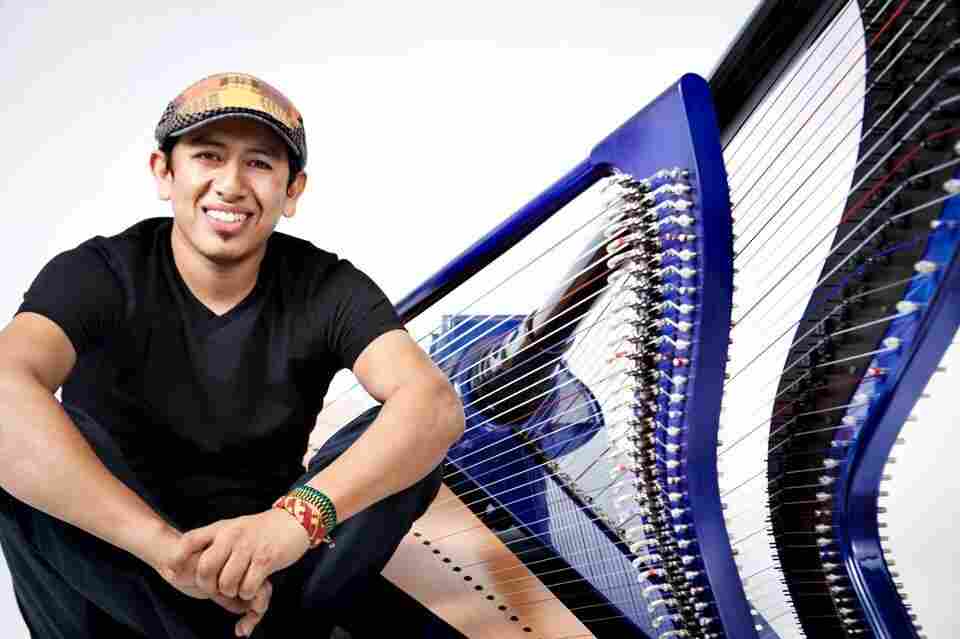 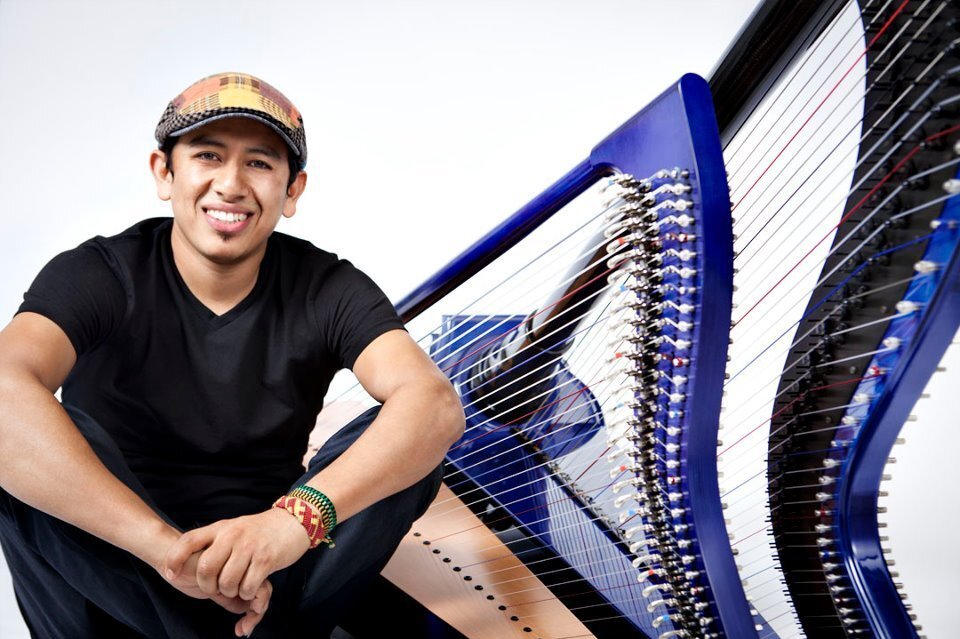 The Colombian harpist Edmar Castañeda was born in Bogotá, and began playing at 13. A few years later, in the mid-1990s, he moved to New York, where he studied jazz trumpet. Then he returned to the harp with a new perspective and set of skills.

A few groundbreaking harpists have popped up in jazz and improvised music, from Dorothy Ashby to Zeena Parkins. Now, they're joined by Castañeda, who plays both classical harp and the smaller, more portable Colombian folk model. His music draws on the traditional joropo music of the grasslands he absorbed early, as well as tango, Brazilian and flamenco guitar, West African kora and virtuoso jazz pianists like Art Tatum.

That's a fascinating mix, but his technique is the real astonishment. Castañeda juggles lead, rhythm and bass lines, using a variety of hard and soft string attacks to keep those voices distinct — all without giving up the groove.

Castañeda's new album, Double Portion, is a collection of solo and duet performances. His previous record was with his trio plus guests, but he doesn't need much help, playing bass runs with one hand and chords and melody with the other. On his new album, a duo with Brazilian mandolin player Hamilton de Holanda zeroes in on their stringed instruments' percussive side. Two duets with Puerto Rican alto saxophonist Miguel Zenón let Castañeda play the forceful accompanist. They hint at that swirly modal jazz John Coltrane and harpist Alice Coltrane loved, but this music is really about rhythm.

Cuban pianist Gonzalo Rubalcaba takes a different tack in his two duets with Castañeda. Rubalcaba is a virtuoso, too, but the harpist plays so much, there's no point in them both showing off. Sometimes he slides piano in behind the harp, mimicking its softly plucked chords, dramatic runs and violent strumming effects. Rubalcaba reminds us that there's a harp hidden inside every piano.

When Edmar Castañeda references traditional Colombian melodies, he changes up the timing, the harmonies and the feeling — that is, he does the usual stuff jazz musicians do to borrowed material. His amazing technique on Double Portion raises the bar for every harpist, himself included. But I suspect Castañeda is already looking for ways to top what he does here.