Accessibility links
Gregoire Maret: Harmonica With Legs He's a restless creative spirit who can't keep still on stage, but now the jazz harmonica player has the recorded document to back up his reputation. Maret brings his quartet to WBGO to perform tunes from his self-titled debut album.

Gregoire Maret in Studio at WBGO

Gregoire Maret in Studio at WBGO

The Man I Love 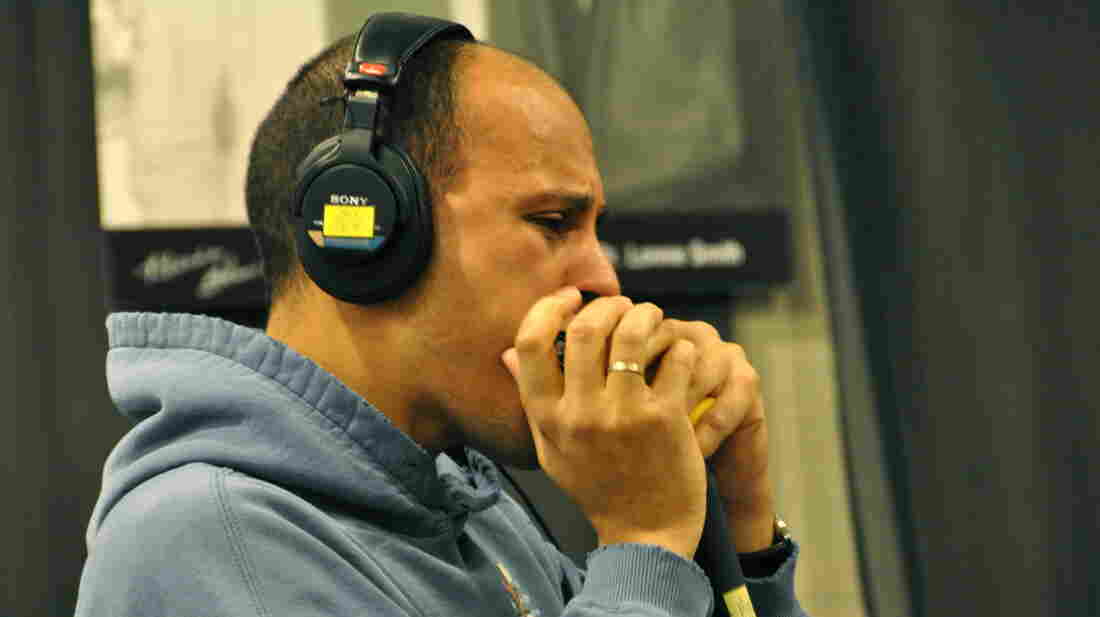 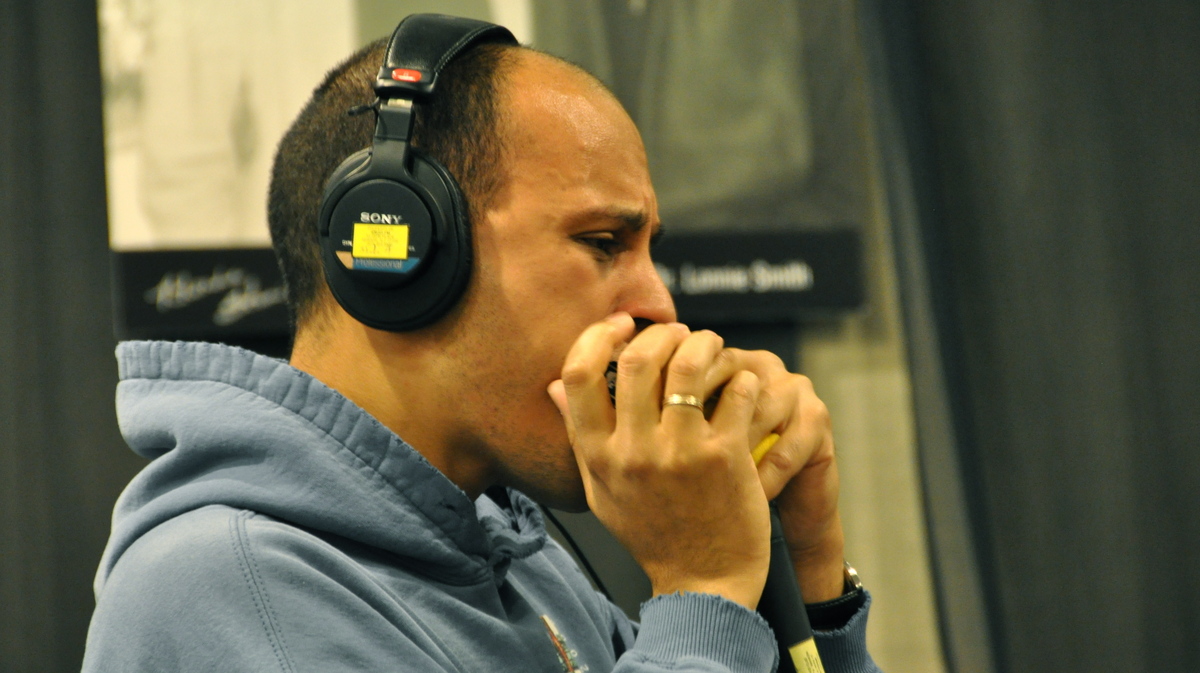 When Baron Toots Thielemans, the Belgian harmonica legend, guested on Gregoire Maret's self-titled debut, the sense was that Maret himself had been knighted. He'd already proven himself worthy on recordings with Pat Metheny and Jacky Terrasson, but until recently, the 37-year-old didn't have his own singular statement to drive the point home.

"Having been around for a while now and played with different people, I just wanted to explore some sonic journeys," Maret says. "This is an introduction to a world — the first part of many records that will go deeper. This is the first chapter."

Maret recently brought his quartet to WBGO to play tunes from his debut album. You'll hear his fluid improvisational style in "Lucilla's Dream," featuring a samba-inspired beat from drummer Clarence Penn. The quartet also plays Maret's arrangement of Gershwin's "The Man I Love." (Cassandra Wilson sings in the album version.)

The session begins with "Crepuscule," an original composition.

"It's about those two moments of mystery during the day where it's not night or day; it's just in between, and it just feels really special to me," Maret says. "I'll go to bed very late at times, where I have a chance to see early morning. And every day I get to see the beginning of night. I love those moments. There's a certain silence during that time. Everything changes, in terms of sounds, and all the animals in nature either go to sleep or wake up. It's mystical in a sense."

This performance demonstrates much about Gregoire Maret, but you can't see the sheer energy exerted as he places the harmonica in his mouth. His whole body oscillates while he solos, all while balancing on his tiptoes.

"It's only after a performance that I realize that I had intense physical activity during a concert," he says. "I don't even realize it when I play. Sometimes, if I play a long concert and it's really intense, I'll feel my legs."

If Gregoire Maret is the first chapter, then much of his story has legs.

"I love changes," he says. "I'm not someone who's melancholic and stays with one appearance or style. I kind of move on. It's the same with music. I get excited about a style, and then I need to explore something else."