Accessibility links
As GOP Cashes In, Democrats Search For Billionaires Democrats knew they'd have trouble with the new campaign finance rules created by the Supreme Court. Yet the disparity is huge between what Republicans are raising in unlimited anonymous donations and what Democrats have been able to collect. 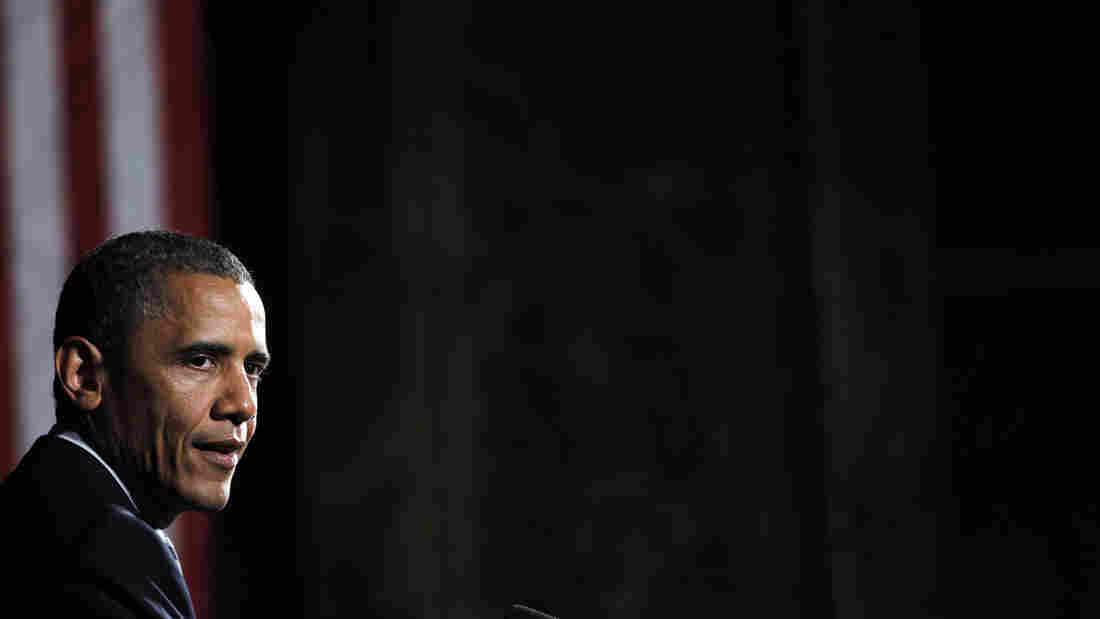 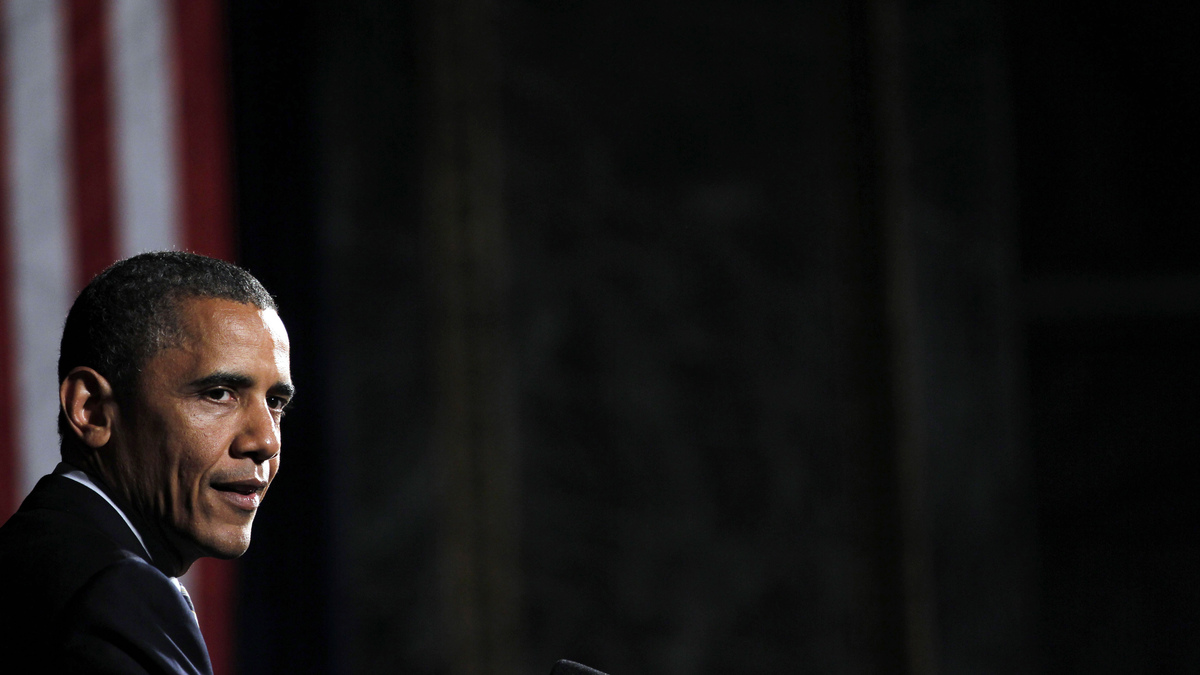 President Obama at a Democratic Party election fundraiser in Chicago on June 1.

The big story of this year's election campaign is big money. Since the Supreme Court, through its Citizens United ruling, has made it easier for corporations, unions and rich individuals to raise and spend unlimited amounts of money, Republicans have seized the advantage.

When it comes to TV ads that have aired in the past six weeks, Republican-allied groups outspent their Democratic counterparts by 8 to 1. This figure comes from an NPR analysis of data gathered by ad-tracking firm Kantar Media's CMAG, and compiled by the Washington Post.

The economy may be the single most important factor in this election, but campaign money is a close second.

"The only thing that keeps me up at night ... is the tsunami of secret Republican superPAC money that will be spent against our candidates," says New York Rep. Steve Israel, chairman of the Democratic Congressional Campaign Committee.

Outside money matters even more in down-ballot races for the House and the Senate.

Just a small handful of independent groups backed by Republican billionaires such as oilmen David and Charles Koch or casino magnate Sheldon Adelson could together raise close to $1 billion this year. But the main superPAC supporting President Obama, Priorities USA, has struggled to raise even a small fraction of that.

"I just jeep running into the brick wall. I'm happy to do it again. I'll do it again tomorrow, but that is the reality," says Democratic strategist Paul Begala, who helps Priorities USA raise money.

So why are Democrats losing the money war?

There are several answers. The simplest is supply — there are more rich Republicans than rich Democrats, a lot more.

Begala says there are other reasons.

"Second, there's no self-interest here," argues Begala. "Jeffrey Katzenberg is our largest donor. He gave us $2 million. He's not going to sell any more tickets to Kung Fu Panda 2 if Obama gets a second term. He's just doing it because he believes in his country. ...

"There's a return on investment for some of the coal and oil billionaires who want to see the president's clean energy initiative shut down. But the third thing is the deep ambivalence that I and everybody else on my side of the aisle has about superPACs," says Begala.

It's an ambivalence President Obama famously shared. After telling independent groups to stand down in 2008, he welcomed them back this year. But that didn't convince liberal billionaires such as Peter Lewis. His spokeswoman Jen Frutchy says Lewis would rather fund progressive think tanks and media groups than TV ads.

"On superPACs, he really believes that the idea of spending fortunes to denigrate opponents is deeply offensive," says Frutchy. "I would say that is just not how he wants to spend his fortune, you know, in some kind of arms race. He does not want to be part of the negativity or any kind of corrupting influence that money can have on the electoral process."

If you just look at the spending in presidential campaigns, you will see that the relationship between outspending your opponent and winning is the most intense thing in politics.

This widespread Democratic aversion to the brave new world of unlimited campaign money is a big obstacle for people who raise money for Democratic campaigns, like Israel

"I will confess that this frustrates me where you have people like the Koch brothers and Karl Rove who will spend anything to defeat Democrats. We do have Democratic allies who are saying that, 'Well, we don't like Republican superPACs and, therefore, we shouldn't contribute to Democratic-allied superPACs,' " Israel says, adding, "I'm a huge fan of baseball, and I've never been to a baseball game in history where only one side gets bats and gloves. If you wanna win the game, you gotta have bats, you gotta have gloves, you gotta have resources."

"A lot of these donors are disappointed in the president," says Demoratic strategist Carter Eskew.

It could be hedge fund managers mad about the president's criticism of Wall Street or liberals who wanted him to close Guantanamo or big Democratic donors who want to be treated like something more than an ATM.

Eskew says that while Republican donors tend to give for rational reasons — financial self-interest, for example — Democrats are different.

"They like the personal relationship. They like the feeling of importance. They like getting invited to the White House. ... So why aren't they giving? They haven't been stroked enough or they don't feel the president has done enough on some of their pet causes," says Eskew.

Some Democrats say they're confident their big donors will eventually wake up and open their wallets.

But Eskew worries it may not be soon enough.

"When the money comes late in a campaign it's not nearly as useful as when it comes early. By September, there are going to be so many ads on the air that they're going to be indistinguishable from one another," he says.

Then there's another question. in a close race how big a financial advantage does one side need to get a political advantage?

After all, the unions and the Democratic Party and the Obama campaign will raise more than $1 billion. The Republicans, all in, will raise more — but how much more matters?

"Unless the Republicans can get to 2-to-1 or 3-to-1 in terms of a spending ratio, I don't think they're going to have a real advantage," says Democratic strategist Tad Devine. "But if they do outspend the Democratic side the way President Obama outspent his opponent four years ago, the way Bush outspent Kerry and Gore in the two previous elections, then I think that, more than anything, will be the reason why Romney could succeed. If you just look at the spending in presidential campaigns, you will see that the relationship between outspending your opponent and winning is the most intense thing in politics."

But we won't know exactly how big an advantage the Republicans and their outside groups have this year.

That's because in addition to being unlimited and anonymous — much of the cash won't be reported until after the election.