Accessibility links
Leftover Salmon On Mountain Stage The group has reunited for its first proper tour in nearly a decade, as well as a new album titled Aquatic Hitchhiker. And, of course, it delivers a blend of country, bluegrass and Cajun music. 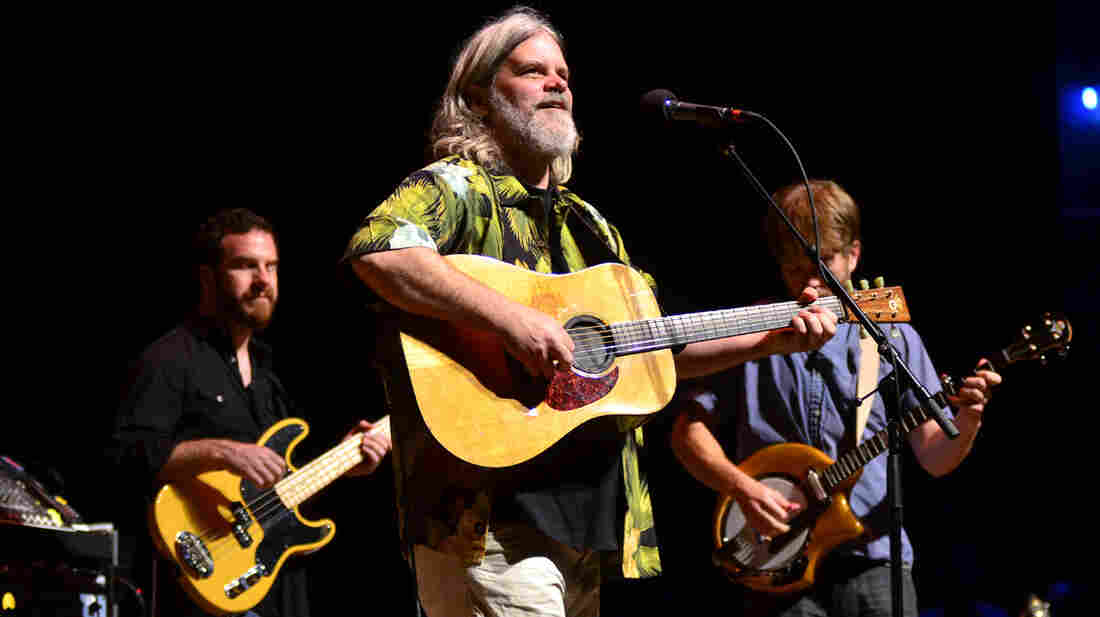 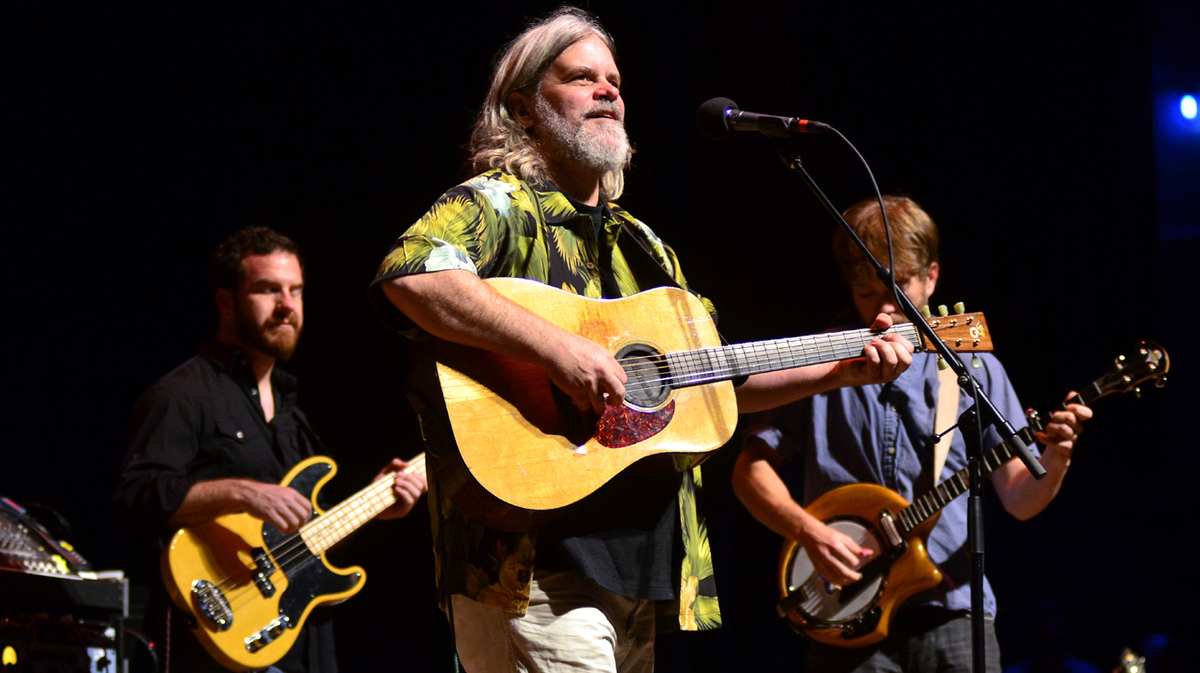 Leftover Salmon makes its second appearance on Mountain Stage, recorded live on the campus of West Virginia University in Morgantown. The band formed in 1989, and its unique blend of country, bluegrass and Cajun music — combined with years of hard work and touring — earned it a place as one of the most beloved acts on America's summer-festival circuit. In 2002, the group lost founding member Mark Vann to cancer, but continued touring until 2004, when its surviving members announced a hiatus.

After playing a handful of concerts and embarking on several successful side projects, Leftover Salmon has reunited for its first proper tour in nearly a decade, as well as a new album titled Aquatic Hitchhiker. Before leaving for Colorado in the late 1980s, singer and founding member Vince Herman was a college student in Morgantown; the excitement he and the audience felt upon his return can be heard throughout Leftover Salmon's five-song set.

This Mountain Stage performance was originally aired on June 14, 2012.