Accessibility links
The Untold Story Of Singer Bobby Charles Charles was one of those rock 'n' roll figures whose work you're almost certainly familiar with, even if you've probably heard of him. He lived in isolation, recorded very little, didn't perform live and died in 2010. Rock historian Ed Ward looks at his memorable body of work. 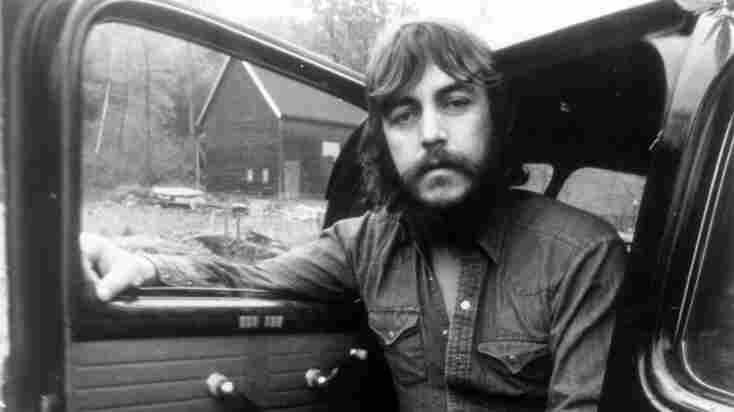 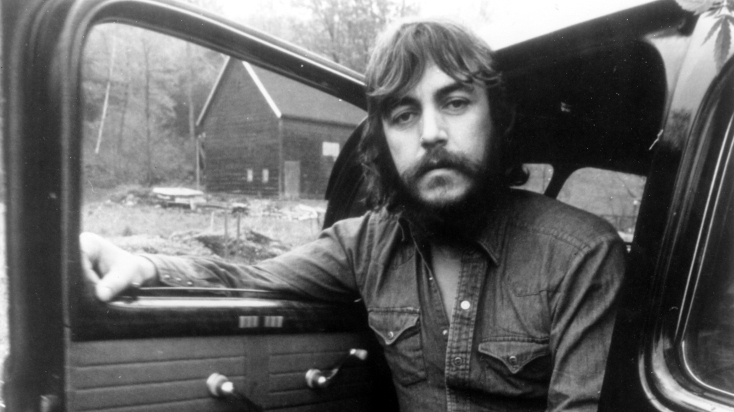 Singer, songwriter and swamp-pop pioneer Bobby Charles poses for a portrait in 1972.

When he was around 13, Robert Charles Guidry began singing with a band around his hometown of Abbeville, La., deep in the Cajun swamps. The group played Cajun and country music and, after he passed through town and played a show, Fats Domino's music. It was a life-changing experience for the young man, and he found himself with a new ambition: to write a song for Fats.

One night as he left a gig, Charles said to his friends, "See ya later, alligator," and one of them yelled back, "In a while, crocodile." Charles stopped in his tracks. "What did you say?" he asked. The friend repeated it. At that moment, as would happen countless times in the future, the song "See You Later, Alligator" came to him, fully formed.

Fats didn't want the song, and told the young man he didn't want to sing about alligators. Somehow, though, the kid wound up singing the song over the phone to Leonard Chess, whose Chess Records in Chicago was the hottest blues label in town. Chess didn't hesitate: He sent the kid a ticket, and when Charles showed up at his office, Chess said something I can't say on the air. The sentence ended with the word "white" and a question mark, though.

Chess recorded him, though, and put the song out, changing Guidry's name to Bobby Charles; almost immediately, Bill Haley grabbed it for himself. Haley's record was one of the best sellers of 1956, and both Chess and Charles made some decent money from it. They tried follow-ups called "Watch It, Sprocket," which wasn't something people actually said, and "Take It Easy, Greasy," which was, but the record was a little too, well, greasy to be too popular. Charles recorded for Chess until 1958, but his records only sold locally. Along the way, though, he seems to have pioneered a genre called swamp pop.

He also got to realize a dream. One evening, Fats Domino played Abbeville, and Fats invited Charles to a show in New Orleans. The young singer said he had no way to get there. "Well," the fat man said, "you'd better start walking." And sure enough, a song popped into Charles' head: "Walking To New Orleans."

Bobby Charles signed with Imperial, Fats' label, but again, nothing hit. He admitted freely that he was part of the problem. He didn't enjoy touring, and he had a jealous wife who didn't like him leaving town. He continued writing and selling songs, and recorded for some local Louisiana labels. He and his wife parted company, and then, in 1971, he got busted for pot in Nashville. Rather than risk jail, he disappeared; he wound up in upstate New York, and saw the name Woodstock on a map. He'd never even heard of the famous festival, but the name appealed to him.

Arriving in town, he asked a real-estate agent about a place to rent and wound up in a house shared with two other musicians. They introduced him around, and Albert Grossman, who'd managed Bob Dylan, Janis Joplin and many others, got interested. The next thing he knew, Charles was back in the studio with members of The Band, Dr. John and lots of other Woodstock musicians. The resulting album has some truly memorable moments.

It didn't sell, though. Charles focused on songwriting, but he wasn't comfortable in Woodstock, and in the end he went back to Abbeville, where he disappeared from public view for an entire decade. He had a good income from his songs, but a run of bad luck: His house burned down, and then his next house blew away in a hurricane. He kept writing songs, and he entertained visitors who came to Abbeville to meet him — people like Bob Dylan and Neil Young and Willie Nelson. His record label, Rice 'N' Gravy, put out several homemade albums, which mixed his old and new songs.

At 70, Bobby Charles was diagnosed with cancer, and he died in January 2010, unknown to most of the world he'd enriched with his songs.