Accessibility links
Sandor Katz: The Science And 'Art Of Fermentation' Self-described "fermentation revivalist" Sandor Katz says "the creative space" between fresh and rotten is the root of most of humanity's prized delicacies. His new book, The Art of Fermentation, explores the ancient culinary art form. 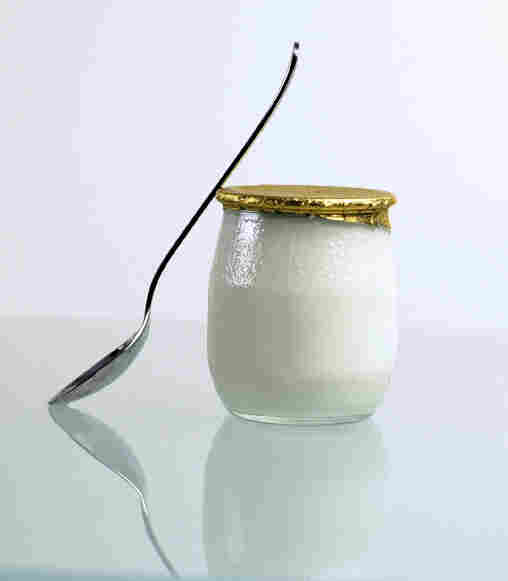 The list of fermented food in our lives is staggering: bread, coffee, pickles, beer, cheese, yogurt and soy sauce are all transformed at some point during their production process by microscopic organisms that extend their usefulness and enhance their flavors.

The process of fermenting our food isn't a new one: Evidence indicates that early civilizations were making wine and beer between 7,000 and 8,000 years ago — and bread even before that.

But was exactly is fermentation? And how does it work? Those were the questions that fascinated Sandor Katz for years. Katz calls himself a "fermentation revivalist" and has spent the past decade teaching workshops around the country on the ancient practice of fermenting food.

Katz collects many of his recipes and techniques in a new book, The Art of Fermentation, in which he describes fermentation as "the flavorful space between fresh and rotten."

"If you walk into a gourmet food store and start thinking about the nature of the foods that we elevate on the gourmet pedestal, almost all of them are the products of fermentation," he tells Fresh Air's Terry Gross. "Fermentation creates strong flavors. But they're not always flavors that everybody can agree on." 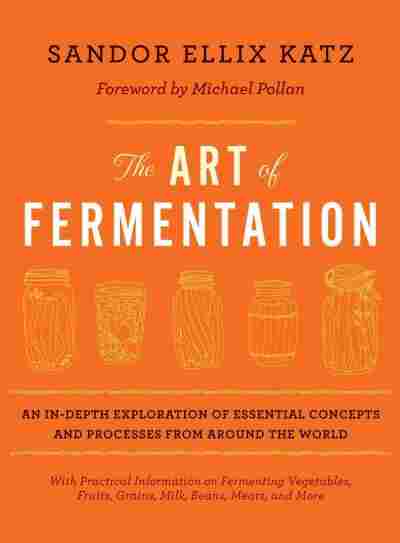 Take cheese, for instance. Cheese exists in a variety of flavors, including the extra-stinky varieties Katz says he fancies. "But once in a while I'll buy cheese and I've learned that some friends will smell the cheese and walk out of the room," he says. "They'll never think about putting that in their mouths. ... So around the world, you find these iconic foods created by fermentation that create strong, strong flavors that become strong markers of cultural identity and in many cases, people who have not been raised within the culture find these foods very challenging."

In addition to enhancing flavors, fermentation also allows food items to be preserved well past their shelf-life date, says Katz.

"It's not forever like canned foods that you can put into a pantry or storm cellar and forget about for 10 years and still eat it," he says. "These foods are alive, they're dynamic, but they're extremely effective strategies for preserving food through a few seasons, which is really the point."

For fermentation newbies, Katz recommends starting with sauerkraut because it's particularly easy to make. To begin, take a cabbage and any additional vegetables you want and chop it up. Put your chopped veggies in a large bowl and lightly salt them. (Katz notes that he never measures the salt because there's really no "magic number for how much salt to use.")

After salting the veggies, which helps get rid of excess water, Katz squeezes them for a few minutes to release their juices, so that they can be submerged under their own liquid. (Katz says he hardly ever adds water to his kraut, because the flavor is more concentrated if you use only the vegetable juice.) He then stuffs the veggies and the juices they've released into a jar. 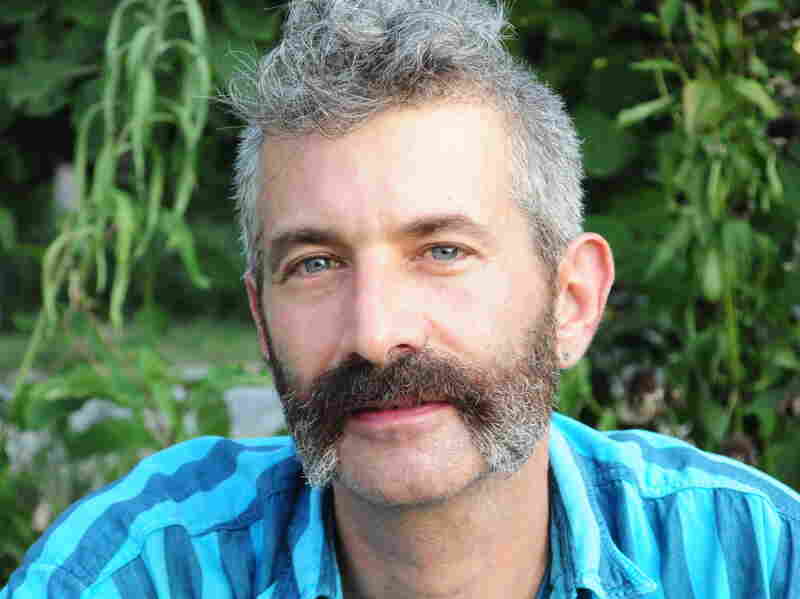 Sandor Katz is the author of Wild Fermentation and lectures extensively on topics related to fermentation. Courtesy of the author hide caption 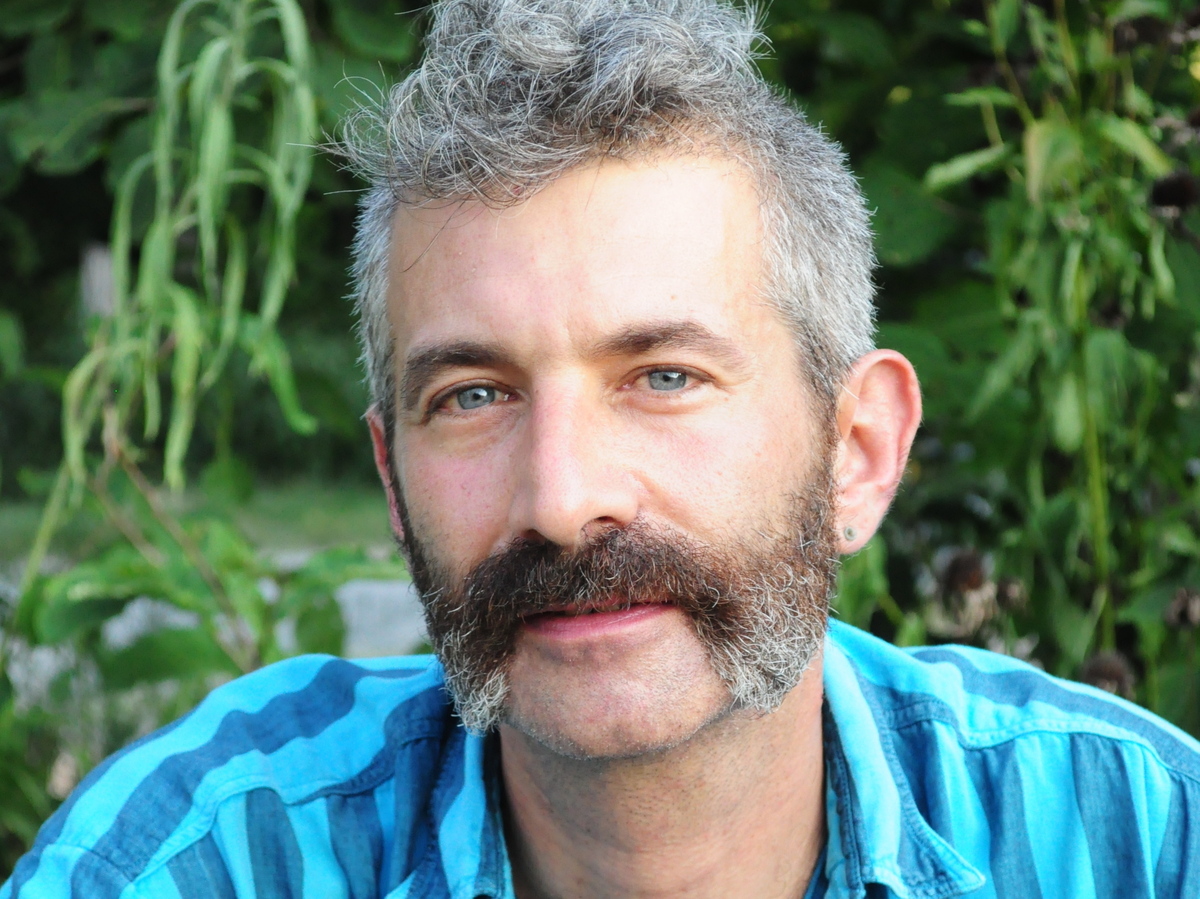 Sandor Katz is the author of Wild Fermentation and lectures extensively on topics related to fermentation.

"You want to press really hard to force out any air bubbles," he notes. "And you want to make sure that the vegetables are pressed down under their juices. And then just seal the jar — but be aware that pressure will be produced, so you don't want to leave it for days and days."

Katz recommends checking the jar on a daily basis to release the pressure — and then after maybe 3-5 days, enjoying your new creation.

"The flavors transform very quickly," he says. "The bacteria proliferate, the texture changes, and what I recommend to people experimenting for the first time, is just to taste it at periodic intervals. And then you're getting a sense of whether you're liking it more and more as the flavor gets more acidic or whether it's acidic enough and you want to move it into your fermentation-slowing device, which is your refrigerator."

Once you've mastered the simple kraut, Katz says you can add spices and/or other items like apples or cranberries to your jar. "You can basically use any season you like," he says.

More On Yogurt And Probiotics

Q & A: Pros and Cons of Probiotics

"The principle behind yogurt is almost the same as the principle behind sauerkraut. We're using lactic acid bacteria to preserve food. The method for it is somewhat different. There are many different types of lactic acid bacteria. And the ones that are used in most yogurt traditions are the ones we would describe as thermophilic — meaning they are most active in an elevated temperature range. So usually when you make yogurt, you want to incubate the yogurt by creating an environment that stays in between 110 degrees and 115 degrees Fahrenheit.

"Yogurt is often the classic example of what is called a cultured food. And the cultures are the community of bacteria that you're introducing and the act of introducing it is called culturing the food. So yes, to make yogurt, you always need a batch of mature yogurt and that's what you introduce — a spoonful of mature yogurt that you want to turn into fresh yogurt."

"Yogurt is a fermented food, and many different types of fermented food — particularly those fermented by lactic acid bacteria — can be thought of as probiotics. ... [That can include] fermented vegetables and not only yogurt but kefir and many fermented dairy products and a large group of beverages that I really enjoy that I would group together as sour-tonic beverages. Right now the most famous example of that in the United States might be kombucha. ... What's probiotic about these foods is that the lactic acid in them can help to replenish and diversify the populations in our gut, which due to a number of factors in our contemporary lives — including antibiotic drugs, antibacterial cleansing products, chlorine in water — are subjected to more or less constant attack."

On why good bacteria are beneficial

"Bacteria in our gut enable us to live. We could not survive without bacteria. ... They allow us to digest food, to assimilate the nutrients in our food; and they play a huge role, just beginning to be understood, in our immune functioning and in many other processes in our bodies. All life has evolved from bacteria and no other form of life has lived without bacteria. ... Our bacteria perform all sorts of essential functions for us, and because we are continually attacking them effectively with all of these chemicals in our lives, simply replenishing and diversifying these populations has a benefit for us."

Road Brew: How To Make Hooch With Tunisian Date Juice (Or Try)

The Science Of Making Great Beer

"To ferment sour pickles, you take small cucumbers and you mix up a brine, which is simply salty water. The strength of the brine has implications. Usually I'll add grape leaves as a means to help keep the cucumbers crunchier longer. And then lots of dill and lots of garlic and then it's just a matter of waiting a couple of days to a couple of weeks, depending on the temperature. The metabolism of all of these organisms speeds up in warmer weather, so in summer heat, the process goes faster. ... A cellar is really best if you're looking to preserve sour pickles for any length of time. Because the cucumbers will have a tendency to float to the surface, I'll usually place a plate on them to keep them weighted down below the surface of the water."

On the space between rotten and fresh food

"We reject certain food because it is rotten. Certain food we can see is fresh. But there is this creative space between fresh food and rotten food where most of human culture's most prized delicacies and culinary achievements exist."

Read an excerpt of The Art of Fermentation