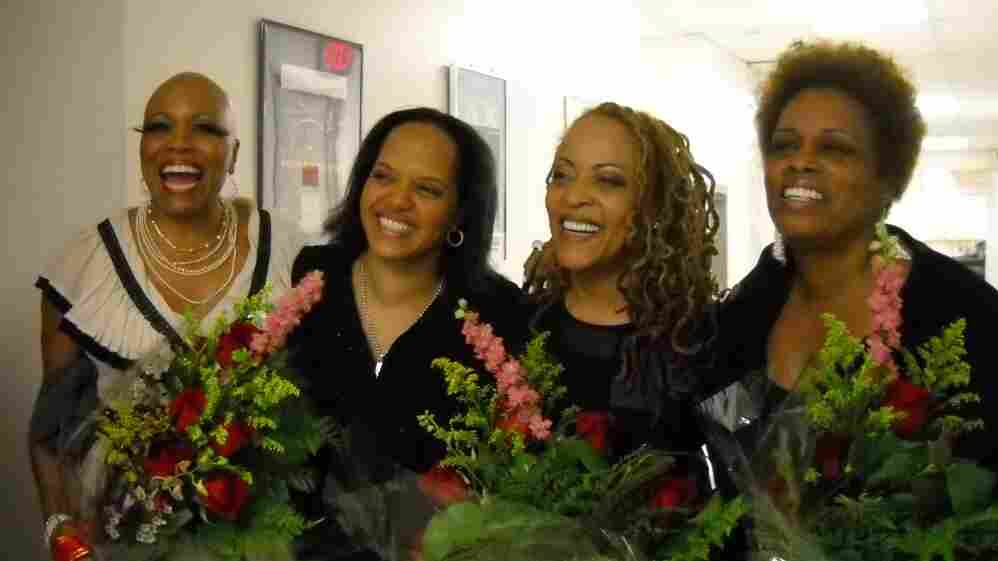 A Tribute To Abbey Lincoln On JazzSetWBGO

A Tribute To Abbey Lincoln On JazzSet

At the end, singing "Freedom Day," the ensemble brought imagination to bear, with music by Max Roach and lyrics by Oscar Brown Jr., sung by Abbey Lincoln on the 1960 LP We Insist: Max Roach's Freedom Now Suite. "Whisper, listen, whisper, listen," slaves and ancestors learn they are free. The audience rose out of our seats. It's our finale, as well.

Born in Chicago in 1930, Abbey Lincoln was raised in rural Michigan and went to a one-room school. Her siblings (there were 11) remembered that as a girl, she taught herself piano and was always making up songs. Young Lincoln performed in cabarets from Hawaii to Havana, and acted in Hollywood. In 1957, she moved to New York and joined a circle of artists committed to jazz and civil rights. Then, in the 1970s, while living in Los Angeles and taking care of her mother, Lincoln began to write. From the late 1980s almost until her death in 2010, she recorded albums that introduced, piece by piece, in her own voice, the Abbey Lincoln songbook.

Toward the end, Lincoln asked her friend Dee Dee Bridgewater to help keep that songbook alive. On May 20, 2011, at the John F. Kennedy Center for the Performing Arts in Washington, D.C., with Dianne Reeves and Cassandra Wilson, Bridgewater began to fulfill her promise. Terri Lyne Carrington is musical director on the drums.

"Each singer displayed a distinct personality: Bridgewater with her raspy shouts and engaging theatricality; Reeves with her unerring musicianship and remarkable range; Wilson with her dusky tone and insinuating delivery," Mike Joyce wrote in The Washington Post. "When the singers joined voices, sharing harmonies and trading verses, they sometimes conjured the sound of a marvelously compact reed section, robust and reverberant."

The lyrics show Lincoln's flexible perspective. She's on the ground in "The River," racing streaming down the freeway in a river of cars. She's looking up at "Bird alone, flying high," and resting on a cosmic perch in "Wholly Earth." And she's her own woman throughout. Reeves notes Lincoln's emotional range runs from sweet and encouraging to brutally honest, as in "And It's Supposed to Be Love" with its description of intimate violence: "Body slam you to the ground / Messaging a chill / Curses make your head go 'round / Brings a certain thrill."

*All songs by Abbey Lincoln unless otherwise noted.