Accessibility links
Bring Us To Your Party, Part Deux Download this party puzzle, and you can play host and quiz your friends. "Electric Boogaloo" tests your knowledge of bad and hilariously-titled movie sequels.

Bring Us To Your Party, Part Deux

Bring Us To Your Party, Part Deux 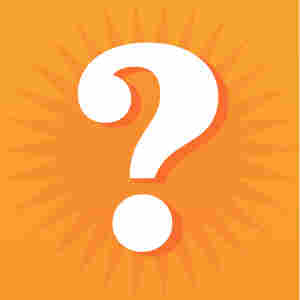 Take Ask Me Another to your next party with this downloadable party game. NPR hide caption

This week we have another edition of our downloadable party puzzles, where you can play host and quiz your friends. The puzzle we have for you this week is what we call an Ask Me One More Final Round game. The final game segment on Ask Me Another is a quick elimination game where contestants compete "spelling bee style" in a winner-take-all round. But you can play this with any way you like.

It seems like half the movies in theaters these days are sequels or prequels. When so many movies go over the same ground, filmmakers need subtitles to tell their films apart. Subtitles say to the audience, "Sure this is a sequel, so it's safe and familiar, but that subtitle is so damn intriguing!" In this game, we'll give you a subtitle, and you tell us the film series that used it. We call this game "Electric Boogaloo" in homage to "Breakin' 2: Electric Boogaloo," the awesomely titled sequel to the 1984 film "Breakin'." (Numbers in titles not necessary; just name the series)