Accessibility links
'Redshirts': A Love Letter To Sci-Fi Fans What happens when an expendable starship crewman realizes he's expendable? John Scalzi's new Redshirts is a meta-narrative about outsmarting Narrative itself, and a multilayered love letter to fans of classic science fiction. 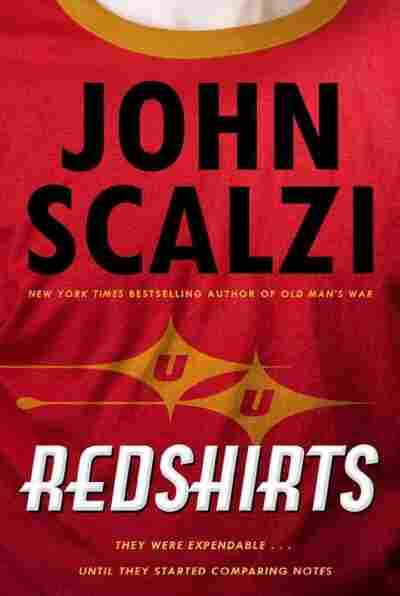 Science fiction is often a genre in conversation with itself; from Terry Pratchett's Discworld novels to Galaxy Quest, from The Walking Dead to The Purple Rose of Cairo, it thrives on metatext and a love of details. It's a place inhabited by loyal, passionate fans who are nonetheless acutely aware of — and happy to question — the minutiae of what they love.

In fact, it's a show's biggest fans who are most likely to be watching a starship crew suit up for a mission and asking the screen, "All three top-ranking officers are going? Really?"

In John Scalzi's new novel Redshirts, the ship's crew is asking that question too.

The Intrepid, flagship of the Universal Union, is a starship famous for its groundbreaking discoveries, its fearless officers, and its startling mortality rate. Ground missions go awry so often that by the time Ensign Andy Dahl comes aboard, the crew have an alert system that allows them to escape being drawn into a plot.

As Dahl and his fellow ensigns soon realize, that's not a figure of speech.

They're living in a terrible TV show, victims of the Narrative, and they're the Expendables (the veil between world drops early; there's universal disappointment that they only rate a second-string Star Trek-ish series). Soon they're hatching a plan that, like any good sweeps-week episode, involves time travel, death-defying disobedience, unexpected guest stars, and breaking the fourth wall (then the fifth, and the sixth...).

John Scalzi, trope-poking author and blogger, has engaged one of sci-fi's most famous canons with Redshirts, tackling both the sublime and the absurd of classic Star Trek. The book's title is itself a joking Trek reference; the show killed off so many red-clad security crewmen so quickly that the phenomenon developed a name: "redshirting." 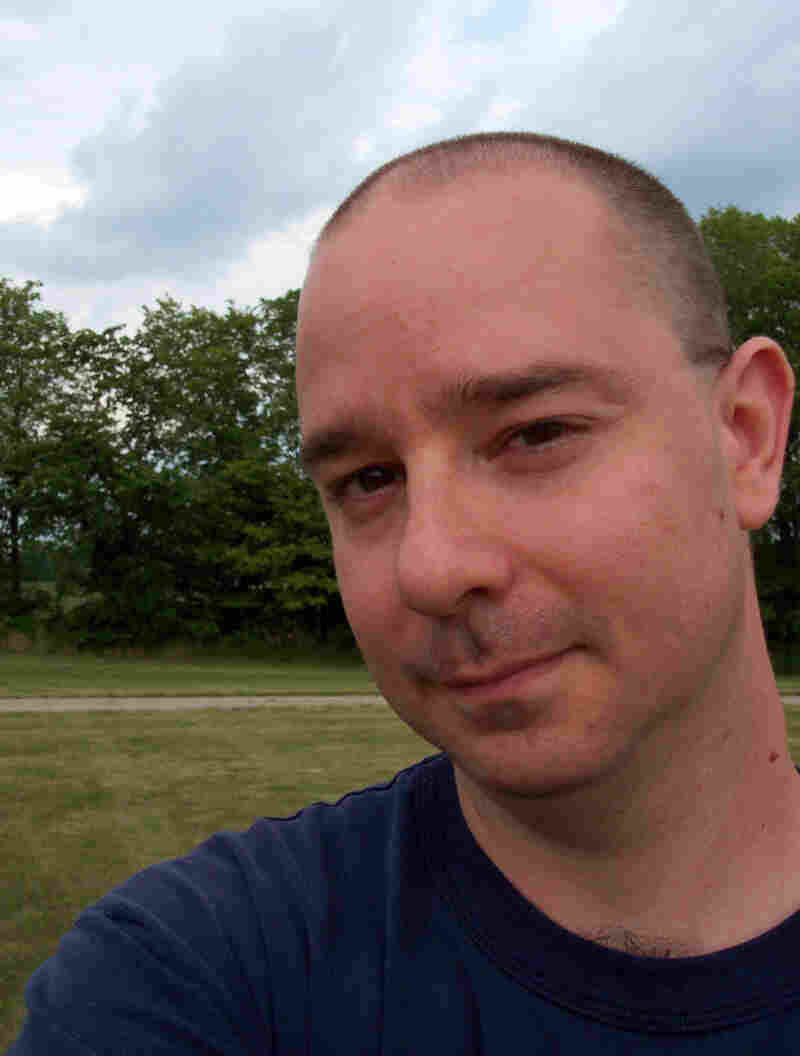 Author John Scalzi is the president of the Science Fiction and Fantasy Writers of America. His previous novel was Fuzzy Nation. John Scalzi hide caption 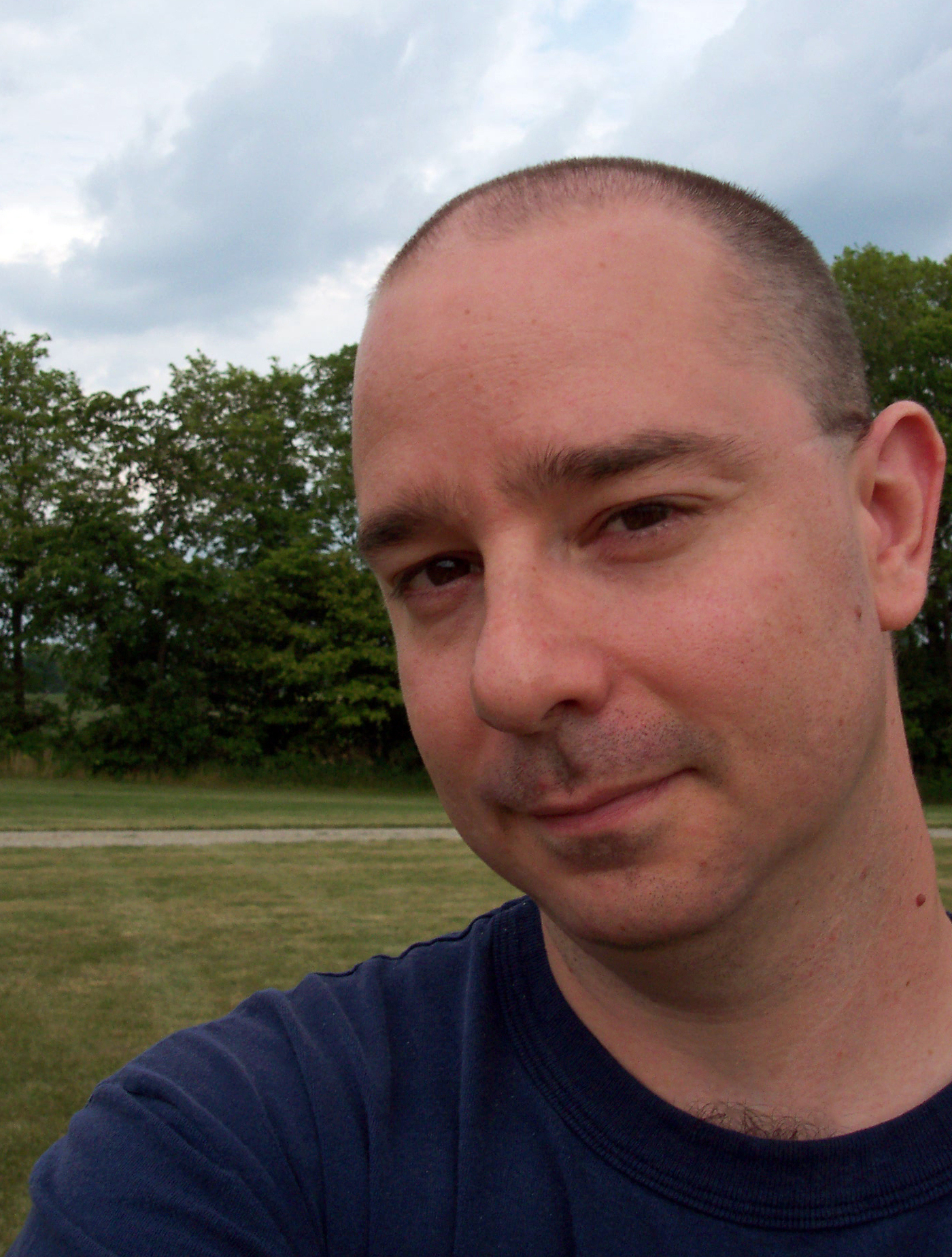 Author John Scalzi is the president of the Science Fiction and Fantasy Writers of America. His previous novel was Fuzzy Nation.

It's a highly self-aware novel — a narrative about out-narrating a Narrative — and with so much to juggle, it sometimes falls short of the mark. It's difficult to tell whether the presence of a single lead woman — whose sexuality is the only sexuality of interest — is a commentary on characters who've come before, or an accidental rehash. Some emotional beats seem based on character development that must have happened during a commercial break, and the comedy occasionally falters (one running joke equating gratitude with sexual favors is deployed at intervals, with diminishing returns).

However, there are several very clever moments (the perpetual uselessness of the standard-issue pulse gun is a light-touch leitmotif), and the unusual, layered structure succeeds in building a cozy mystery of a space opera while also examining the importance of science fiction itself, not just to those who enjoy it, but for those who live within it. It's a properly poignant concept for science fiction, in which beloved characters tend to follow you home.

Along with a familiar three-act structure (complete with pre-credit-sequence prologue!), Redshirts contains three codas that touch on events in the book's third act. A dramatic remove, yes, but it's deeply fitting that a book so centered in the fan experience should contain fan fiction; the codas provide a further look into the lives of characters only glimpsed in the main narrative, a comforting meta-redshirt hat-tip that, like the novel itself, is a love letter to fans of the fannish.

Read an excerpt of Redshirts