Accessibility links
Immigration Law Slows A Family's March Forward The idea that anyone can make it in the U.S. is personified by immigrant success stories. But what if you came to America for a better life, worked hard and made it — but now face an increasingly anti-immigrant environment? One South Carolina family continues to have faith that the next generation will have it better. 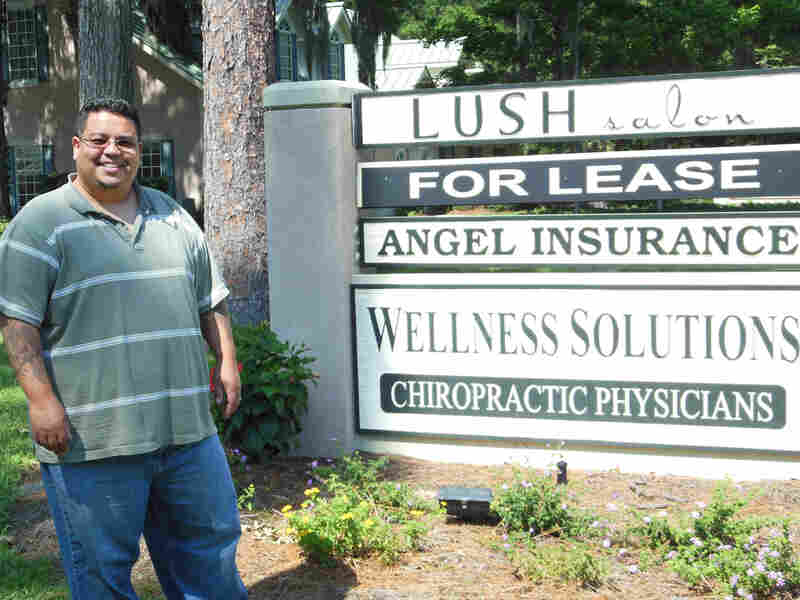 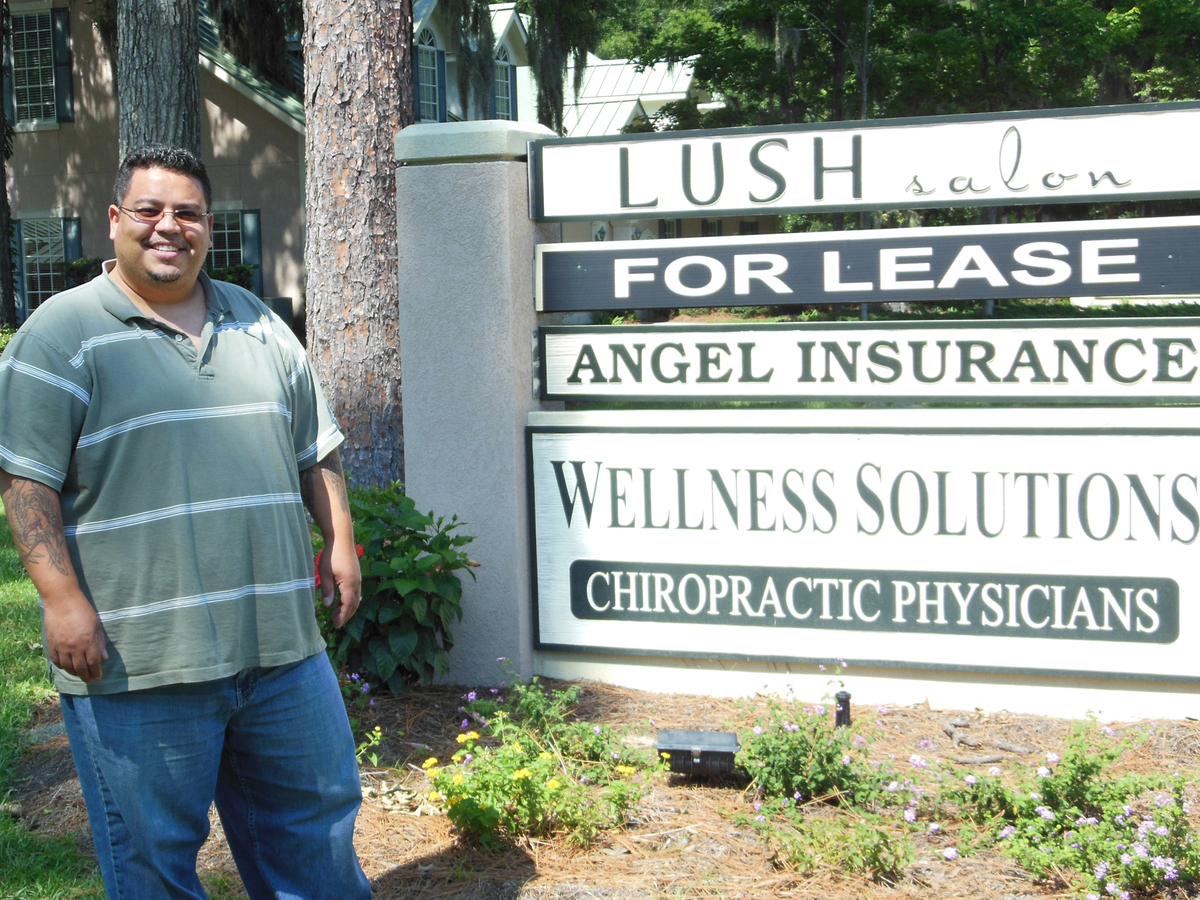 Immigrant success stories are closely woven into the concept of the American dream. In South Carolina, two generations of an immigrant family have worked hard to live out their dreams, but anti-illegal immigration laws have put even legal immigrants like them on edge.

Angel Cruz became a field worker in the Dominican Republic when he was just 8 years old. He came to New York in 1964 when he was 25 and went on to do a variety of jobs — from making coat hangers to sanding cabinets in a factory. He worked in landscaping and as a carpenter. It was hard, he says.

His wife, Eva, came a bit later, leaving their three children behind until the couple could make enough money to bring them to the U.S. Eva Cruz sewed dresses for dolls and cleaned hotel rooms. Ten months later, she brought her three children. She hadn't stopped working.

Eva Cruz is proud her family never received any government help, like food stamps. They saw the American dream as a chance for a better life for them and the possibility of a good education for their children. The Cruzes never made it out of elementary school in the Dominican Republic.

Just three years ago, they bought a three-bedroom ranch house in the Charleston suburbs with the cash they saved all these years.

Angel, now 73, raises chickens in his backyard. There's a rooster and a dozen baby chicks scurrying around. On a scorching spring day, Angel's youngest grandson, Christopher, plays in a blue kiddy pool.

In the 40 years since they became citizens, this couple built their dream.

Hurt By The Law

Their fourth child, Angel Luis Cruz, was the only one born in the U.S. After high school, he built a small insurance company in North Charleston that serves Hispanic and non-Hispanic customers. 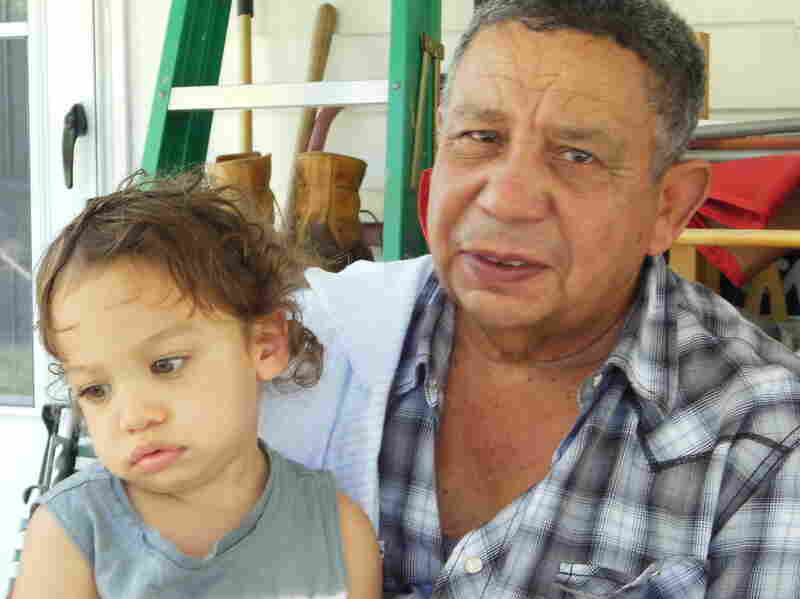 Angel Cruz with grandson Christopher. Cruz came to the U.S. from the Dominican Republic in 1964. Kathy Lohr/NPR hide caption 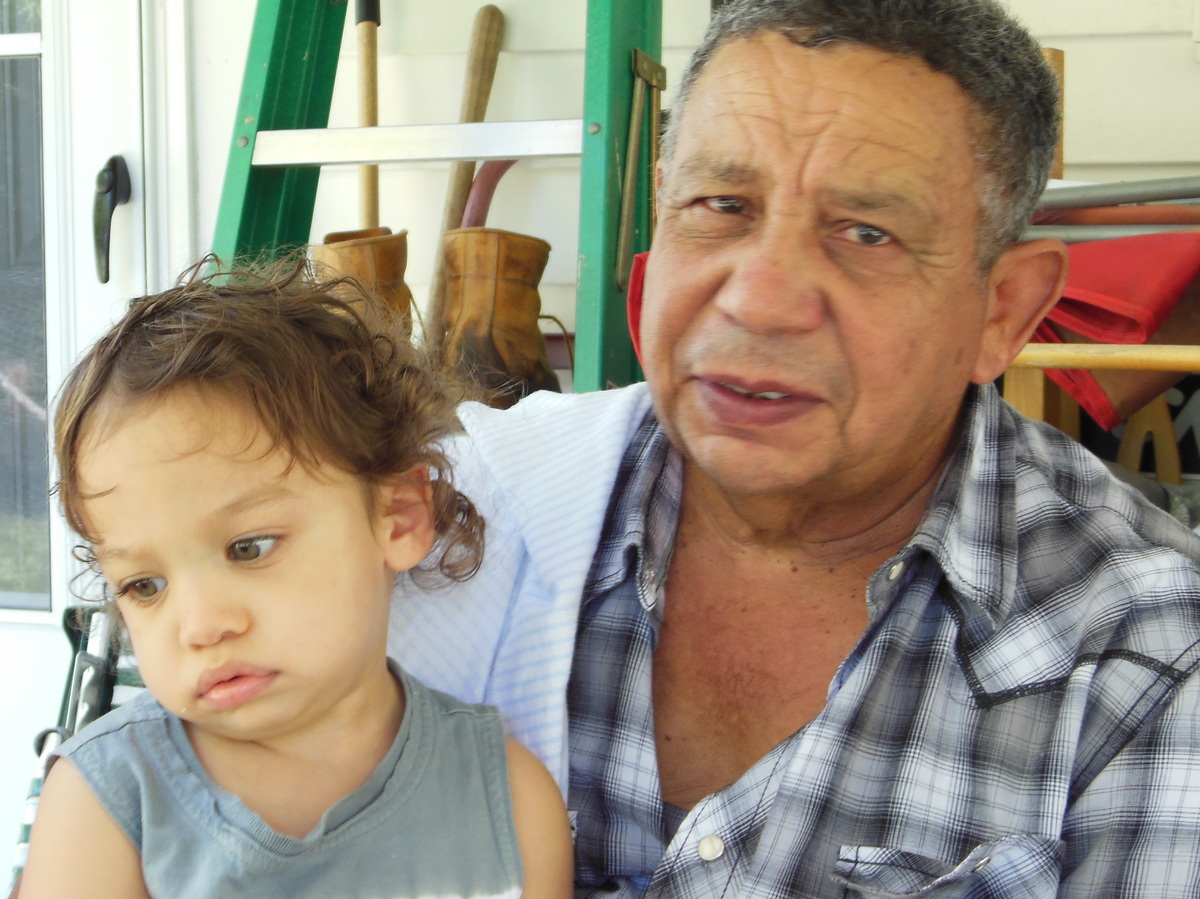 Angel Cruz with grandson Christopher. Cruz came to the U.S. from the Dominican Republic in 1964.

Just a few blocks from where his parents live, he's up early making breakfast for his three children.

Angel Luis Cruz, who turns 40 next week, says his business was doing fine until South Carolina passed legislation to get rid of illegal immigrants.

"I don't understand what the state is doing," he says. "Instead of embracing people, they're rejecting them."

The law allows police to stop suspected illegal immigrants and ask for proof of citizenship. The can be deported if they don't have papers and are in the country illegally.

Angel Luis Cruz says he's lost more than half his business since the law passed. Although the law hasn't gone into effect yet because of legal challenges, he says it's had a big impact: Many in the Latino community have left the area.

To make up for his losses, Angel Luis Cruz just opened a second office, two hours away in Hilton Head.

He hits the road six days a week now, while his wife staffs the Charleston office.

Angel Luis Cruz is a devoted American. He loves this country. He joined the Army and served in the Gulf War. But he's tired and confused about being treated like he's not a citizen.

More From The American Dreams Series

He's only had a couple of customers since this office opened a few weeks ago, but he's optimistic. Angel Luis Cruz believes his American dream is still attainable, though it may take longer than he originally imagined.

Back at home, after 9:30 in the evening, Angel Luis Cruz is clearly worn out. His family, including 3-year-old Hailey, 7-year-old Angel Alexander and his wife, Prissy, are all up waiting for him.

"Like I tell my son all the time, 'Angel, we do what have to do now so tomorrow we can do what we [want to do].' So you have to make sacrifices in life," he says. "And then, sooner later it's going to pay off, and if we don't ever get to see it, it's all right because we're going to instill this in our children that you work hard and you move forward."

Angel Luis Cruz still worries about the immigration law. He says he doesn't want his kids to face the same intolerance that he has experienced. He says he has faith that America is still the best place for families to create their own dreams.