Accessibility links
Will Credit Be The Spoiler In Housing Recovery? The housing market is finally showing signs of a comeback, according to an annual study from Harvard. Home prices have stopped falling in many areas, and buyers are growing more confident. But, though mortgage interest rates are at record lows, banks are often cautious to lend. 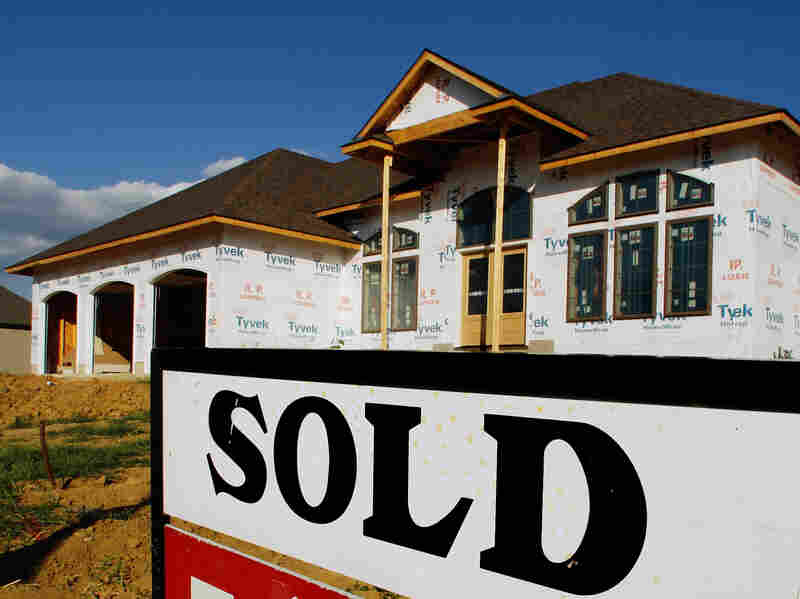 The housing market is finally showing signs of a comeback, according to an annual study from Harvard. But, though mortgage interest rates are at record lows, banks are often too cautious to lend. Seth Perlman/AP hide caption 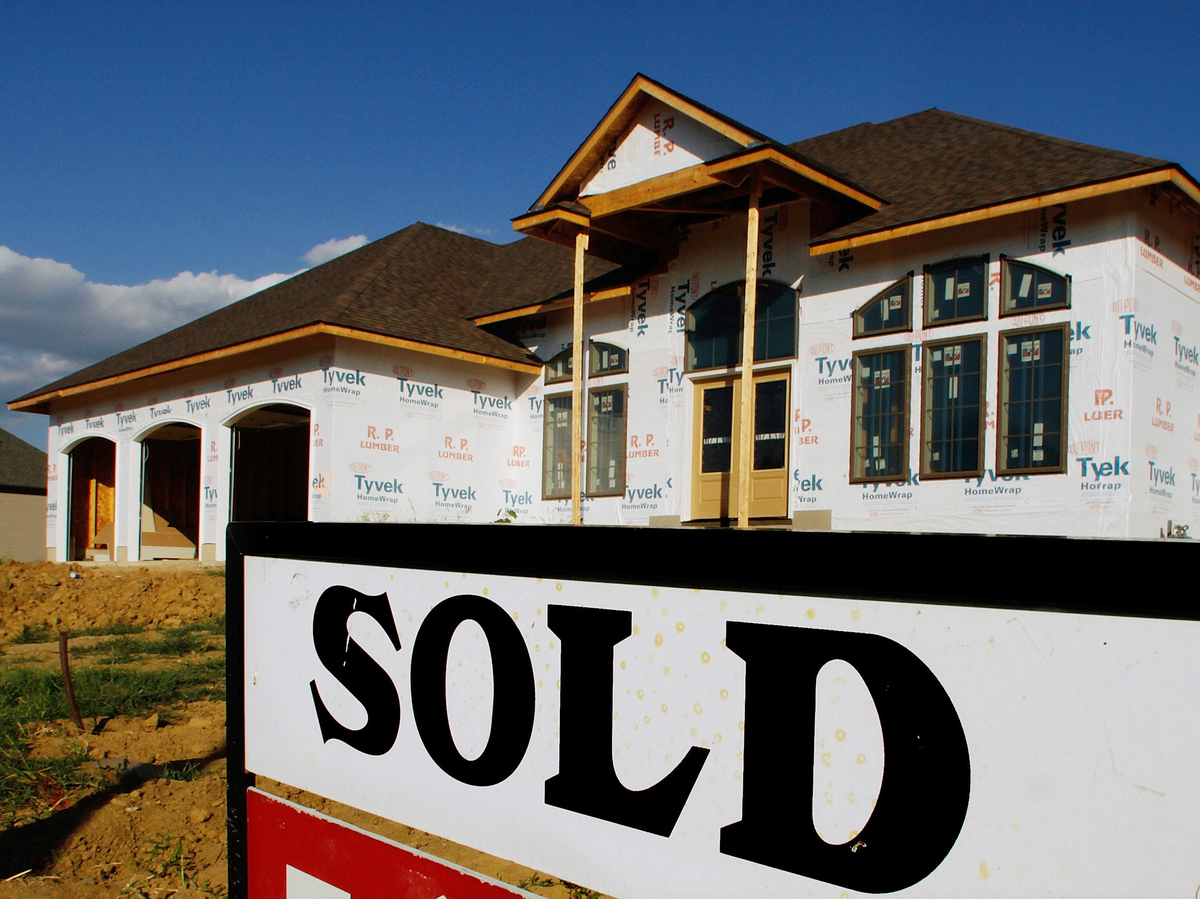 The housing market is finally showing signs of a comeback, according to an annual study from Harvard. But, though mortgage interest rates are at record lows, banks are often too cautious to lend.

Amid all the economic uncertainty over the credit crisis in Europe and slow job growth in the U.S., one sector may be looking up. The U.S. housing market is finally showing more signs of recovery, according to a report being released Thursday by Harvard University.

Harvard comes out with this study once a year, and this time around, it's painting a much brighter picture.

Eric Belsky, the managing director of the Harvard Joint Center for Housing Studies, says a few years ago, in order to get people to buy houses, the government had to entice them with a big homebuyer tax credit.

"When you think about what life was like, jobs were being lost to the rate of 700,000 per month, the stock market was still falling, and yet people came out of their bunkers to buy homes because they thought it was a good deal to be able to get cash from the federal government," he says.

Now, the economy is gaining at least some jobs every month. Home prices in many areas have stopped falling. In some places, they've started to rise. So more Americans are deciding — all on their own — that it's a good time to buy.

'Beginning To Turn A Page'

"We're seeing existing home sales have been up for 10 months in a row," Belsky says. "We've seen prices bottom out. All of this suggests that housing is beginning to turn a page, and the only thing that would make the page turn back again is if the broader economy goes off the rails."

The State of the Nation's Housing 2012

But so far, Belsky says, people are slowly getting more confident.

"Think about how careful people are moving back into the market when prices have fallen this much," he says. "You know, the opportunity to potentially buy at or near the bottom of a cycle is great. And I think people are beginning to appreciate that."

Prices by one measure are down 35 percent nationally. Interest rates are at record lows. Meanwhile, the cost of renting a house or apartment has been rising. When you compare the cost of owning versus the cost of renting, "it hasn't looked this good in 40 to 50 years," Belsky says.

Recent surveys show that despite the housing crash, the vast majority of Americans still aspire to own a home if they don't own one already.

But many people don't have the resources to buy a home. Unemployment is still above 8 percent. Millions more Americans are underemployed.

Are Lenders Too Cautious?

"We have this tantalizing statistic out there about how affordable homeownership is," says Chris Herbert, a Harvard research director who worked on the housing report. "But you still have to have sufficient income, sufficient credit, sufficient savings."

And many in the industry feel that after all the crazy lending during the housing bubble, credit now has gotten too tight.

"I am extremely concerned today about an overcorrection in the credit markets — the avoidance of risk by the lenders across the country that we depend on to extend credit to American families," says David Stevens, president of the Mortgage Bankers Association. He'll be speaking Thursday at a news conference when the Harvard study is officially released.

Stevens represents those lenders, but he's still concerned that they're being too cautious. And that could mean that this slow and painful trudge out of recession will be longer and more painful than it needs to be.

"We shouldn't create a blockade that eliminates well-qualified families who want to own a home to raise their family from gaining access to homeownership, and I think that's the tipping point that we're facing right now," Stevens says.

He says that with new regulations still taking shape in Washington, banks face a lot of uncertainty about what will happen if a loan they make today goes bad five years down the road. So he's hoping regulators come up with smart and clear rules that will encourage lending.