Accessibility links
Tracking Asteroids From A Backyard In Kansas Meteors enter Earth's atmosphere every day, with most burning up before they reach the ground. But some asteroids have the potential to cause some damage, and there's a man in Kansas who's tracking these chunks of space rock — in his own backyard, using a telescope he made himself. 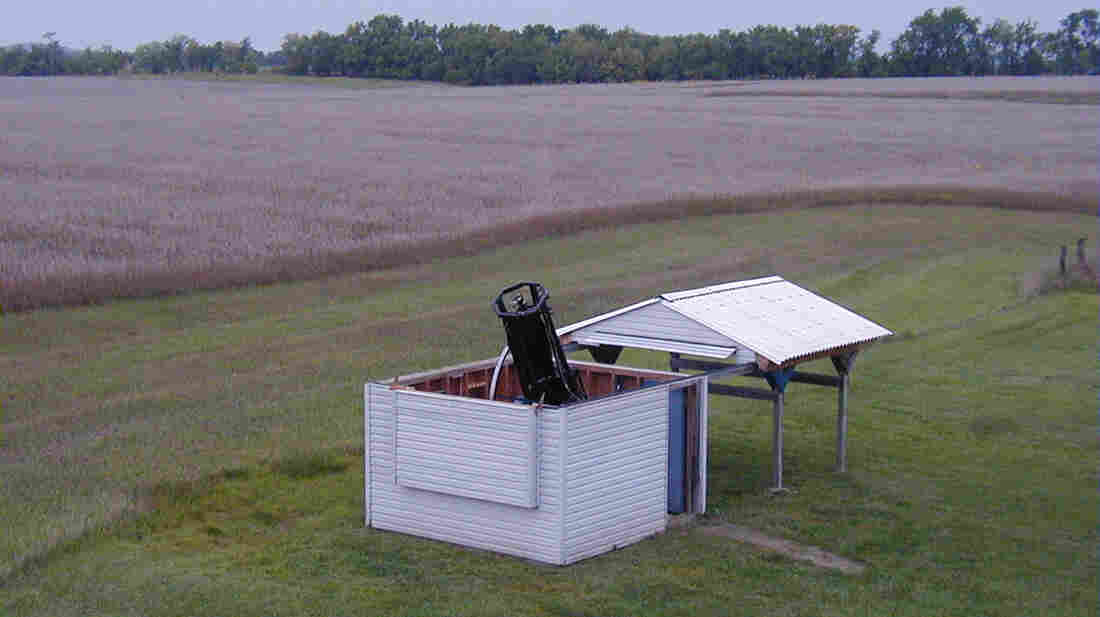 Gary Hug built what he calls the Sandlot Observatory, with its 22-inch reflector telescope, behind his house near Topeka, Kan. Courtesy of Gary Hug hide caption

Meteors enter Earth's atmosphere every day, with most burning up before they reach the ground. But asteroids, which are larger than meteors, have the potential to cause some damage, and there's a man in Kansas who's tracking these chunks of space rock — in his own backyard, using a telescope he made himself. 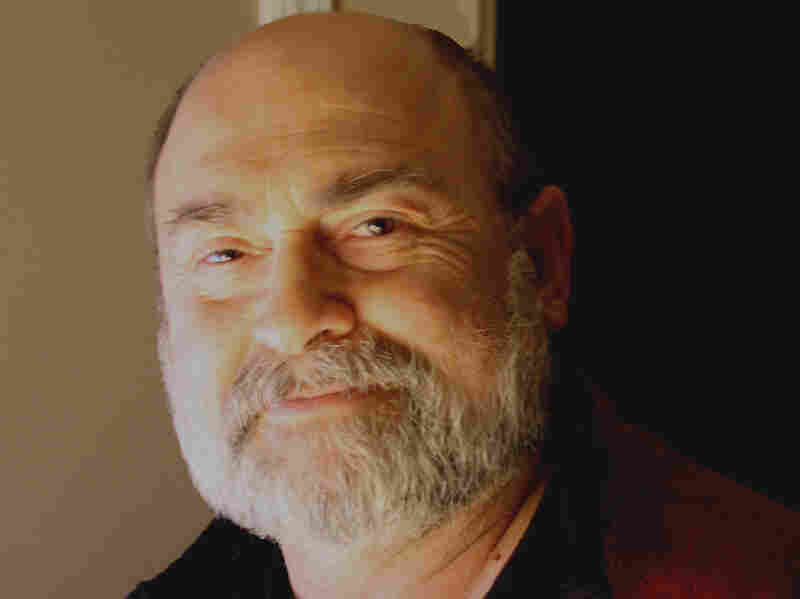 The small shed behind Gary Hug's house in the prairie hills 12 miles south of Topeka looks like an ordinary storage shed. But when the sun goes down, this amateur astronomer flips a switch, and the roof begins to slowly slide off, revealing his aptly named Sandlot Observatory.

"There it goes — it's on a rail system, and if you look at the rail system, that's another thing I designed," says Hug, a machinist by trade. "So, you have to be a little inventive and cheap to try to do this."

Once the roof is retracted far enough, Hug flips another switch, and the 22-inch reflector telescope slowly rises toward the night sky. Except for the optics inside, it was also built by Hug.

A highly sensitive camera is attached to the front of the telescope. To guide it, Hug steps into a room just inside the back door of his house, where two computer monitors are mounted — next to his laundry machines.

Don't be fooled by these humble surroundings. This amateur astronomer is making a name for himself, spending most of his observation time tracking so-called near-Earth asteroids.

Bruce Betts, of the Planetary Society

Most asteroids are discovered by professional astronomers, Hug says.

"Pros don't track them," he says. "They want to go out and find more, and they know that there's people like me who are sitting here ... going, 'OK, well, I need to follow up on their previous night's discovery,' so they can then use their equipment to go and find some others."

"Tracking is vital," Betts says. "It doesn't help you to know an asteroid's there if you don't know the orbit — if you don't know if it's got Earth's name on it. And in order to figure out an orbit, you need lots of observations, and that's something these amateurs excel at."

The last significant asteroid strike on Earth leveled 800 square miles of forest in an unpopulated area of Siberia in 1908. Experts say events of that magnitude happen, on average, every few hundred years.

"Every couple of months we discover a smaller asteroid that we didn't even know was there, and often we discover it a day or two before closest approach to Earth," Hawley says.

And those are just the type of objects Hug is trying to find and track — the ones that are relatively small and hard to see. So on any clear, dark Kansas night, it's a pretty safe bet he'll be pointing his telescope to the sky.

The audio version of this story, as did a previous Web version, incorrectly says that asteroids enter Earth's atmosphere every day. We meant meteors.