Accessibility links
'Szimpla Musiksalon': Filling A Niche In Berlin's Music Scene Last year, Hungarian Attila Kiss opened Szimpla Musiksalon on Revalerstr. 99 in Friedrichshain. Like its precursor in Budapest, Szimpla Musiksalon aspires to be a cultural community area with film, dance, and concerts. Patrons say the club is filling a niche in the Berlin music scene. 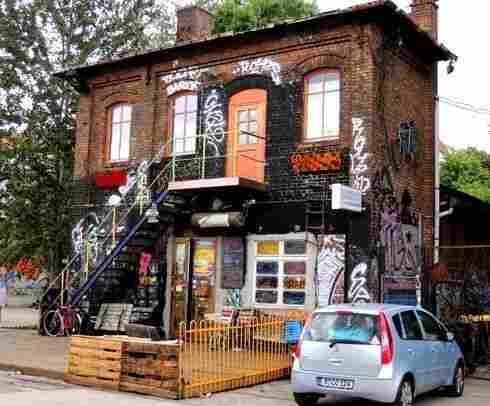 At Szimpla Musiksalon, located on Revalerstr. 99, musicians and music fans listen to everything from rock-a-billy to Balkan music, depending on the night. Anouschka Pearlman/NPR Berlin hide caption

"They are not just pubs," Kiss says. "We have open-air cinema, concerts, bicycle market- even a vegetable market."

Like its precursor in Budapest, Szimpla Musiksalon aspires to be a cultural community area with film, dance, and concerts. Kiss says he also wants to share two unique Hungarian trends with Berlin audiences. One is "Tanzhall," or dance hall culture.

"The people have to know the dances, and you can learn all life long - lot of improvising like in tango. The music is not just Hungarian. It's also Romanian and Gypsy - whatever. This is special Hungarian since the seventies- this form of enjoying this music and dance," he says.

Guests can enjoy this tradition once a month on "Transylvanian Tango" night along with imported Palinkas (fruit shots) and Hungarian wine.

Bruce Millar, a singer/songwriter and regular at the club, says Szimpla Musiksalon fills a niche in the Berlin music scene. 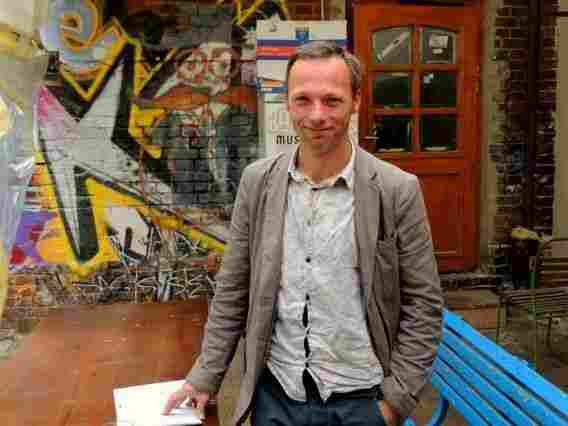 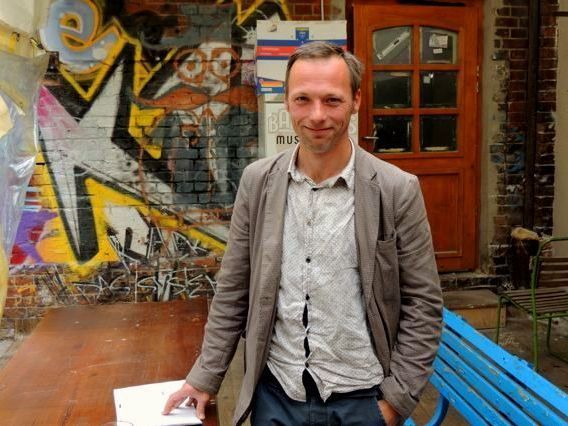 "They often have Balkan and Gypsy swing and that kind of stuff. They bring in acts from Eastern Europe. It's providing a venue for these bands bringing in the Eastern style, and they have a certain kind of zest and love of life that makes the music that much more fun."

The second trend Kiss says he wants to bring to Berlin is Hungarian ethno jazz.

"It's based on the American style bebop, so that's the one most important influence. Hungarian musicians- they loved it and somehow found this genre. They combined it with Hungarian music tradition, and the result is this interesting kind of jazz."

Live music is offered six nights a week, including two jam sessions. The Sunday night jazz session is run by an American drummer.

According to Kiss, this session attracts numerous expats, and, as for the Hungarian community, once in a while there's a grand old "Mulatschag."

"'Mulatschag.' German people understand this word. It's a Hungarian word. It means 'party.' Sometimes, once in two months, we make a big Hungarian party for the Hungarians living in Berlin."

Asked if he misses anything from Hungary, Kiss says the steam baths. It seems appropriate that his Berlin venue is set in an old bathhouse. There's even an old bathtub on the front porch. In fact, it's the first thing one sees upon arriving.

"We put quite a lot of stuff from Budapest - also the bathtub."