Accessibility links
Germany Beats The Netherlands 2-1 The German football team is one of the top picks to win the Euro Cup 2012. Striker Mario Gomez has already kicked the German team into the quarter finals, beating equally strong teams from Portugal and the Netherlands. So far, the fans haven't been disappointed. 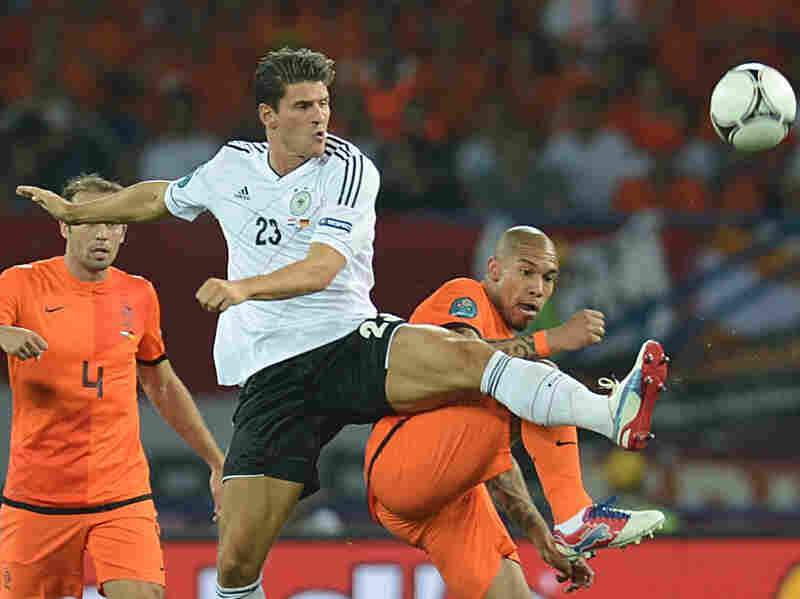 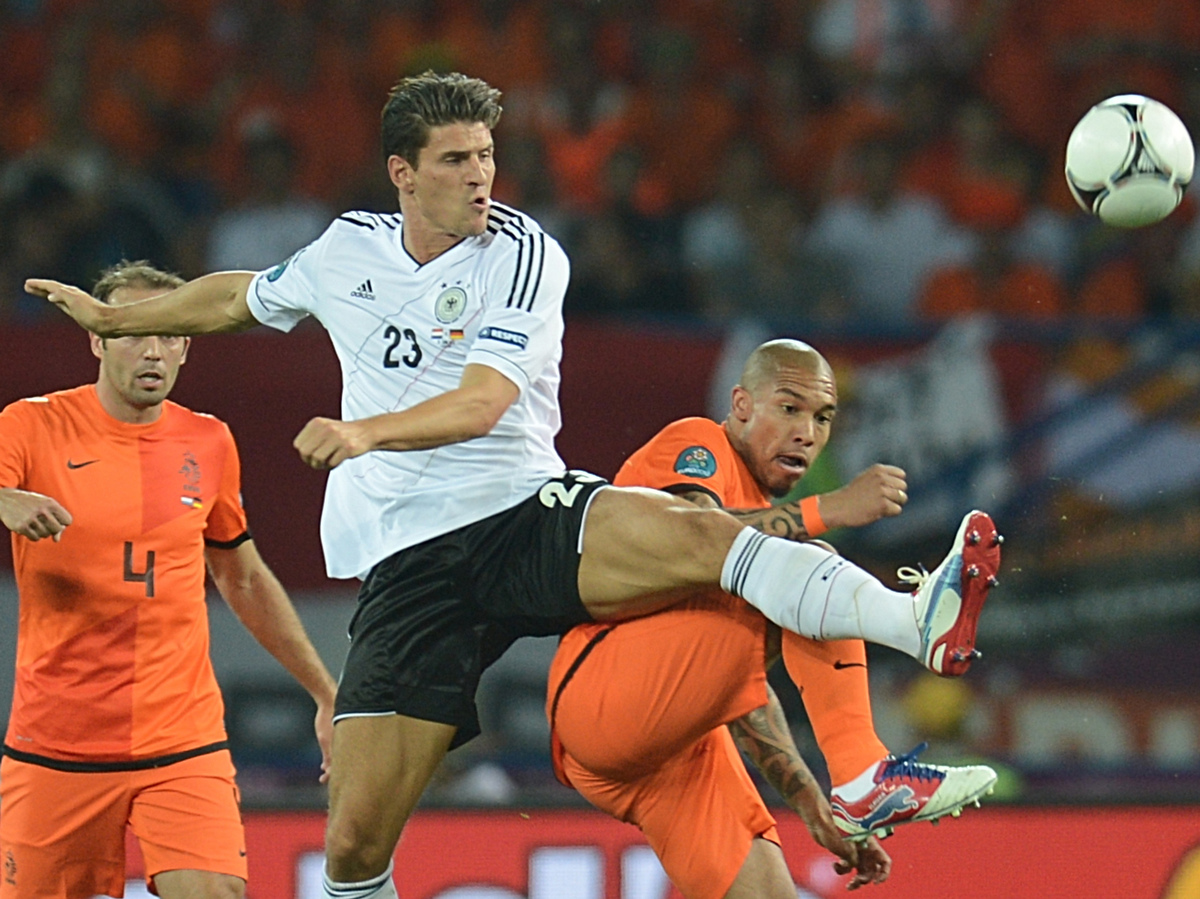 Hundreds of thousands gathered to watch the Euro Cup 2012 at the Brandenburger Tor, the biggest "Fanmeile" in Germany.

Other fans, like Betty Reichelt, prefered the cosy atmosphere of her neighborhood beer garden.

"When I was a child, I played soccer. I was the goalkeeper like my father and my brother. Germany is the team with the best goalkeepers ever.

"I can see all the games because I organized my work around the European Cup. I am a lucky person because my boss is OK with it. I said, 'I love football. It's every two years, so please let me work around the cup.'"

Reichelt bakes cakes for a living, so she gets up very early in the morning, works for eight hours and spends the rest of the day watching the European Cup.

American Steve Bunn, a teacher from Seattle currently living in Europe, also hasn't missed a game. He likes visiting the German capital to soak up the special atmosphere.

"I really enjoy the big tournaments, whether it's the European Cup, or the World Cup, but it's fun when everyone is in the mood. And a lot of times, if you are in the in the States and you trying to watch these things, people are not in the mood.

"Even at the Fanmeile right now in Berlin, they have sort of a fan transformation space where you go in and they put a feather boa with the German colors around your neck, paint the German flag on your cheek, give you a noise maker. So, that was something that definitely sticks out."

The German team is one of the top picks to win the Euro Cup 2012. So far, the fans haven't been disappointed. Striker Mario Gomez has already kicked the German team into the quarter finals, beating equally strong teams from Portugal and the Netherlands.