I Should Have Stopped

On this episode of Cabinet of Wonders, John Hodgman, master raconteur, will expand your spiritual horizons, with his compendium of lesser-known geists and ghosts. And your spirits are sure to rise, with music from Meg Baird, Bhi Bhiman, Joe Pernice, and Sondre Lerche. Host John Wesley Harding and comedian Eugene Mirman bring you back down to earth, with gorgonzola and some of the other spurious items on their performance riders. And Sloane Crosley, author of I Was Told There'd Be Cake, shares a true travel tale... worthy of a bad road-trip movie.

Meg Baird co-founded and sang lead vocals for the band Espers. In 2007, Baird went solo, but continued to record and perform with Espers and The Baird Sisters, her collaboration with her sister.

First generation Sri Lankian-American, Bhi Bhiman, released his sophomore folk album in 2012. Bhiman is celebrated for his melodies and vocals. He recently released his second album Bhiman, in early 2012. 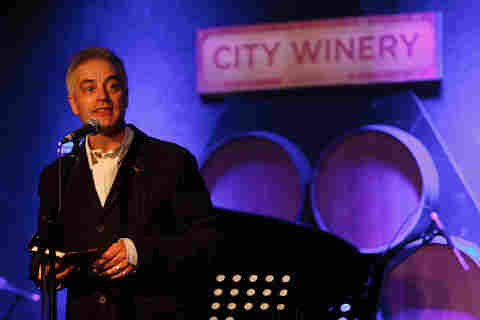 Writer Sloane Crosley published her collection of essays, I Was Told There Would Be Cake, paving the way for humorous female writers. In addition to writing, she teaches at Columbia and is a publicist for Random House.

A heavy 80's pop influence shines through in Norwegian singer-singwriter Sondre Lerche's music. His work has been characterized as indie-rock, emo, pop and even jazz. His most recent album, Sondre Lerche, was released in June 2011.

John Hodgman as the PC guy in a collection of Apple Mac commercials.

Joe Pernice has been the front man for the Scud Mountain Boys, the Pernice Brothers, and Chappaquiddick Skyline. He is also a published author of essays, a novel, and the novelette The Smiths' Meat Is Murder about how his was influenced by The Smiths.

John Hodgman is an author, actor, and editor of The New York Times Magazine humor section. He is well know for his role as the PC guy in Apple Mac commercials. His most recent book, That Is All, is his final installment in his trilogy of Complete World Knowledge.

Title
I Was Told There'd Be Cake
Author
Sloane Crosley

Title
That Is All
Author
John Hodgman