Accessibility links
Ex-Wiseguy Henry Hill Always Had 'A Ringside Table' Henry Hill, the mobster-turned-informant portrayed by Ray Liotta in the film Goodfellas, died Tuesday at age 69. Author Nicholas Pileggi talks about the colorful figure he profiled in the 1986 book Wiseguy, which became the basis for Goodfellas. 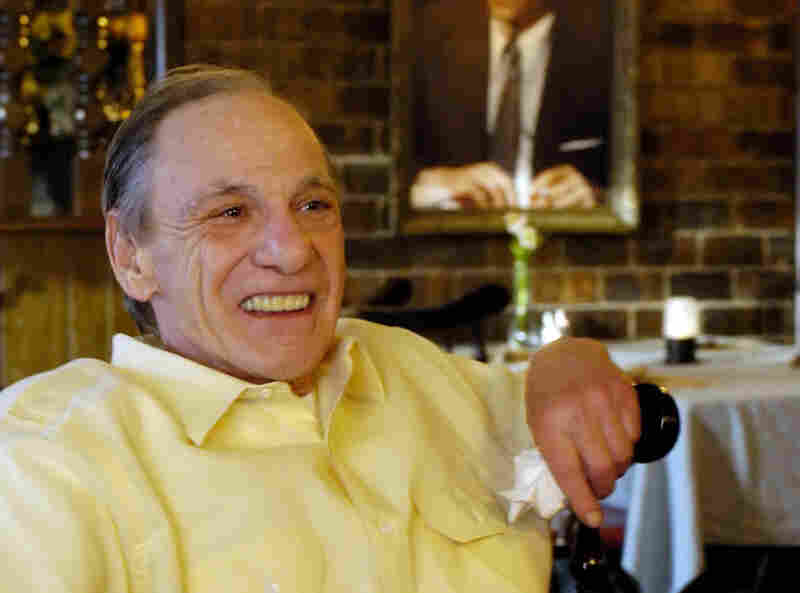 Legendary mobster-turned-informant Henry Hill, shown in 2005, died Tuesday in a Los Angeles hospital after a long illness. He was 69. Nati Harnik/AP hide caption 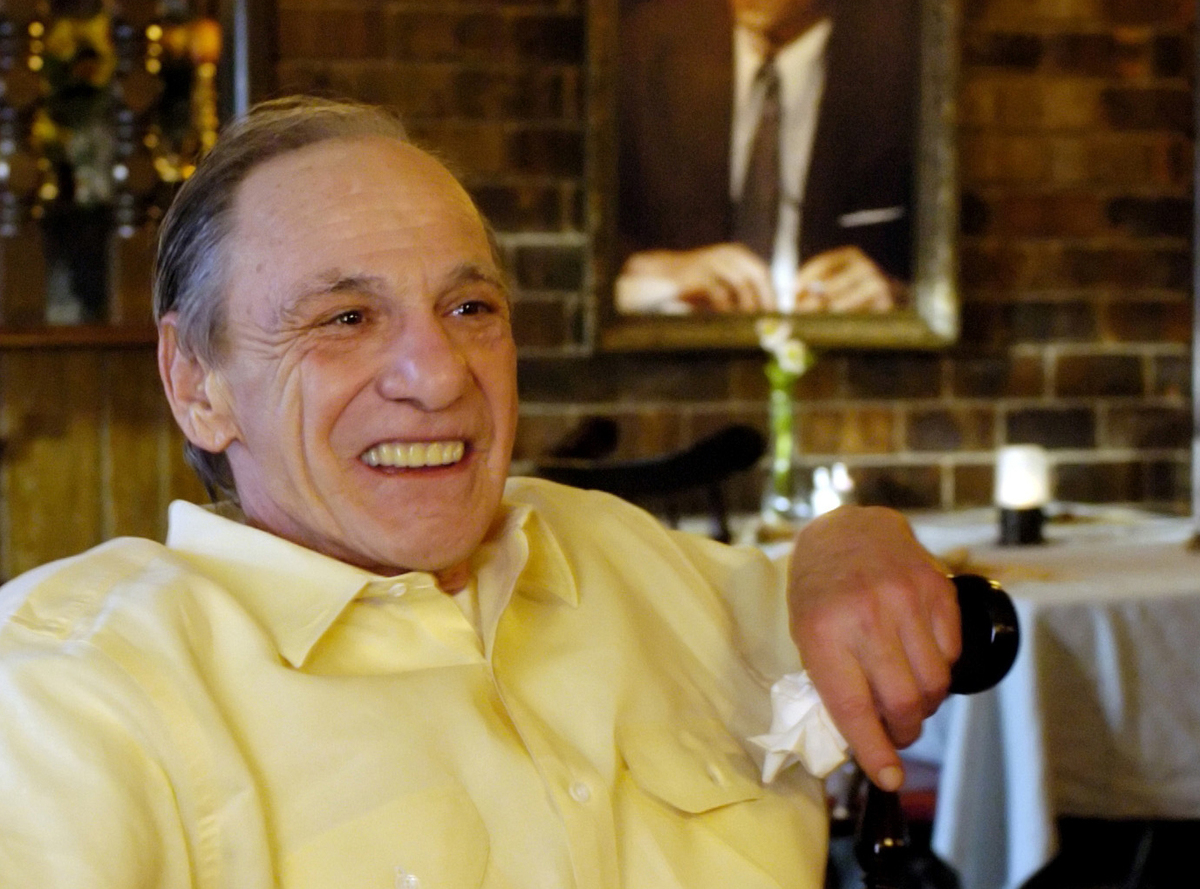 Legendary mobster-turned-informant Henry Hill, shown in 2005, died Tuesday in a Los Angeles hospital after a long illness. He was 69.

Henry Hill, the mobster-turned-informant portrayed by Ray Liotta in the film Goodfellas, died Tuesday at age 69. Hill's colorful life — he lived in Cincinnati; Omaha; Butte, Mont.; Independence, Ky.; and Topanga, Calif., among other places — was documented in crime reporter Nicholas Pileggi's 1986 book Wiseguy and then in Martin Scorsese's film Goodfellas, which was based on Pileggi's book.

In 1986, Pileggi joined Fresh Air's Terry Gross for an in-depth conversation about Hill, who was a member of the Luchese organized-crime family before deciding to become an informant. His subsequent testimony led to dozens of convictions and forced Hill to enter the witness protection program.

Hill's criminal record while in witness protection led to his expulsion from the program in the early 1990s. In recent years, he lived openly in Topanga, Calif. with his fiancée Lisa Caserta. 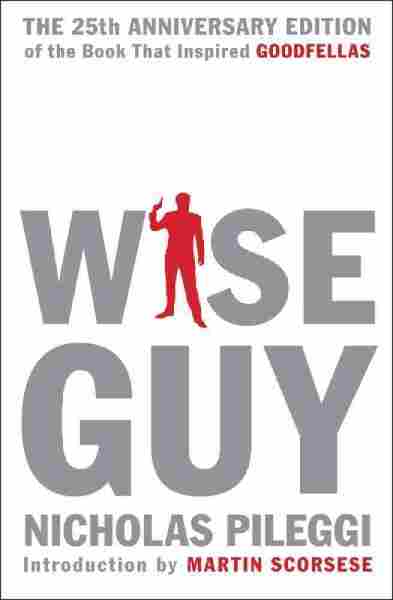 "He was a middle-level hustler. He was one of the guys in an organized crime group. His job was to hustle money. He was what they call an earner. He was hyperactive. According to his mother, he never stopped. He would run through the house, slam doors. He took care of rabbits, he ran across the street and washed windows. If he ate, he was jumping up and down while he ate. ...

"When he wound up in criminal activities, he was working just as industriously. He was working on three, four, six, a dozen things at the same time. He would have a loan-shark operation going, he was doing booking, he would have a phony restaurant, he was running guns, he was planning hijackings, he was also divvying up the money in different situations, all at the same time. And flying up to Boston every couple of weeks to fix and bribe Boston College ballplayers in a point-shaving scam. He never stopped."

On how Henry got into the mob

"Henry just fell in love with wiseguys. He told me, 'I'd look out my window — and there was a mob hangout — and see these guys get out of their cars and they had these great big coats.' And that's what he talked about — these great big coats. And they'd show up there and they always had a lot of money and jewelry and diamonds. And they were shown such great deference in the neighborhood."

On Hill's relationship with his wife

"We all know couples where we wonder, 'Why does she stay with him and why does he stay with her?' We all know that the one of those people is not as good as the one we like. But we'll never know the answers to those things. One of the things that was interesting in Karen's case was that she found him thrilling for whatever reason. I'm sure there are a lot of other women who would have found him disgusting. But she, for whatever wiring she had, she found him thrilling. He turned her on. He was an exciting guy. 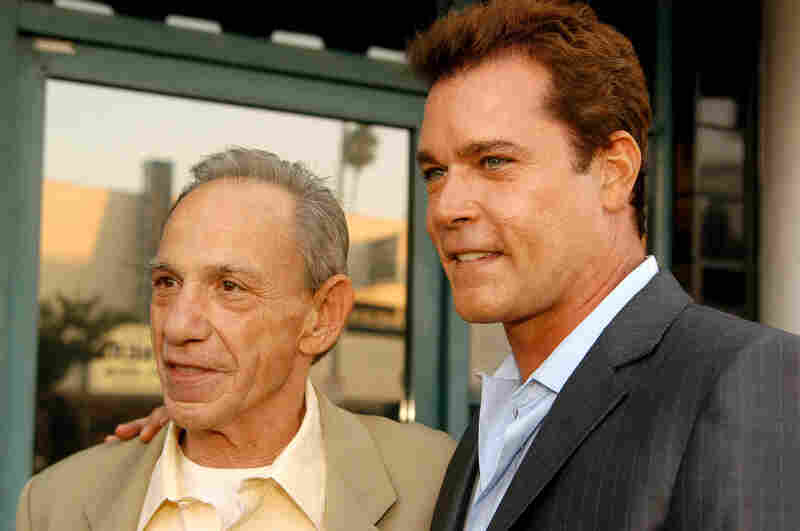 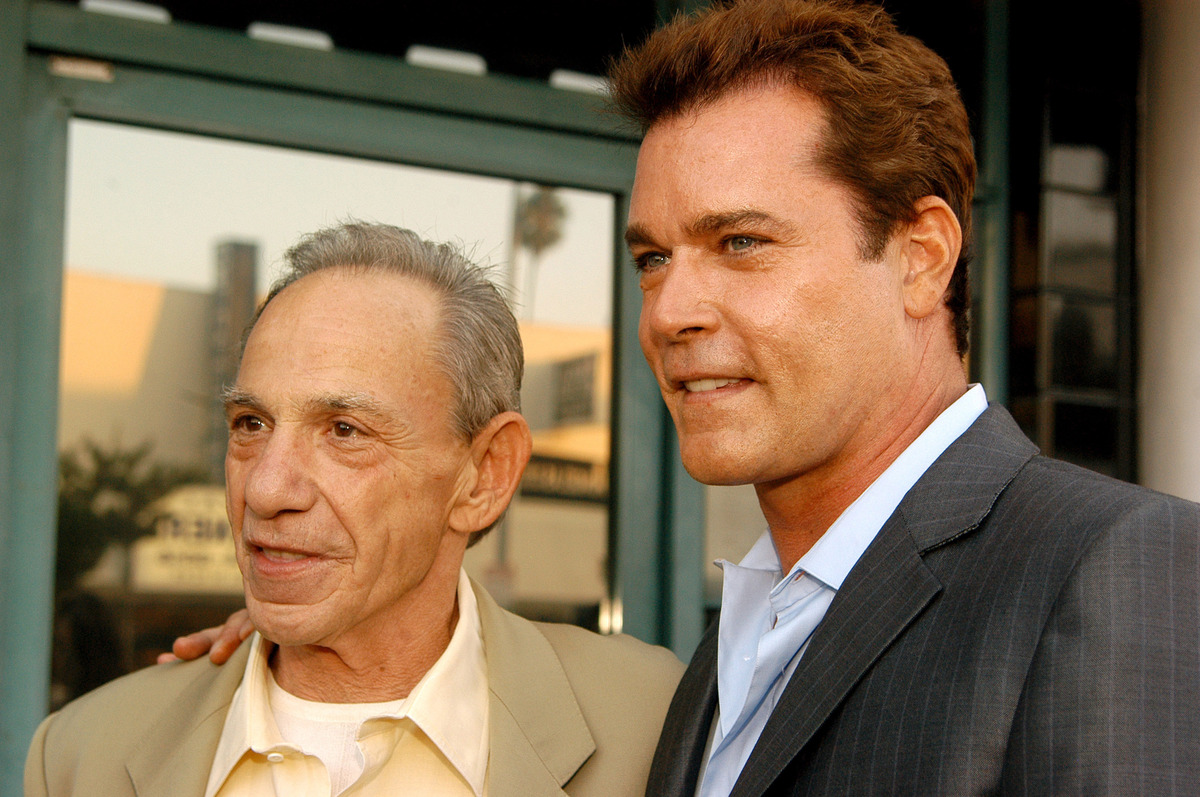 Hill (left, with Ray Liotta, who played him in the movie GoodFellas) was the central figure in Wiseguy, the 1986 Nicholas Pileggi book that later became the Martin Scorsese-directed film.

In a classic sequence, Henry Hill gets his date a prime table at a hot nightspot — and not by calling the reservations line, either.

From 'GoodFellas' - At The Copacabana

"She tried to explain it to me. She said, 'He could go places. He had money. He was an action guy. There I was, going out with little schmendricks. They were going to be accountants. If we were lucky, we'd go to Chinese food in the mall. With Henry, I would go to the Copa. And I would have a ringside table. And people always looked and me and thought, 'Who is she?'"

On how Henry dealt with his frequent prison sentences

"There are religious furloughs where you go out for religious training. It allows you to get out of the program and have contact with your family. ... Henry sees this and he says, 'Get me a religious guy.' So they got a phony rabbi to write the letter to the prison. The prison is very responsive to religious letters. All of a sudden, Henry is now going off on 'religious studies' on weekends.

"He got Jimmy Burke to pick him up, they'd cross Pennsylvania, go to Atlantic City, he'd belly up to the craps table and shoot craps until his ankles swolled. And that's what he would do for his whole religious weekend. Then get back in the car Sunday night and drive back to the prison. At the same time, his wife would fly down from New York and other wiseguys would come down — and their weekends in prison were spent in Atlantic City."

"It was the largest successful cash robbery in American history. It was a cargo handler out at Lufthansa who owed a bookmaker who worked for Henry Hill about $80,000 from debts. This is a poor cargo handler who had a poor, junkie habit as a gambler. To get the wiseguys off his back, he knew about this money being transported to this country from Europe. And he told them about it. They went and held the place up and they got it.

"It was so much money that instead of it freeing the group — there were about a dozen men — when every man began asking for his share, they began disappearing. Or they would wind up dead. And the other guys weren't sure why they were dead. You don't know, because everybody's in so many other things. Henry knew. He said, 'I sensed it. I knew Jimmy. I knew what they were up to. And I knew when you asked for your money, you're dead.'

"About 10 people who were involved intimately with that robbery were all murdered. Henry was one of the last and one of the ones not to be murdered. And when he was arrested in the drug case, he realized that his days were over. Even if Henry didn't talk, they were going to kill him because he might have talked. And that's when he turned as a government witness."