Accessibility links
'Car 54' Re-Release Drives An Old Fan To Reminisce Car 54, Where Are You?, the TV comedy series about a mythical police station in the Bronx, was created by Nat Hiken in 1961. It's just appeared for the first time on DVD to the delight of fans, including critic Lloyd Schwartz. 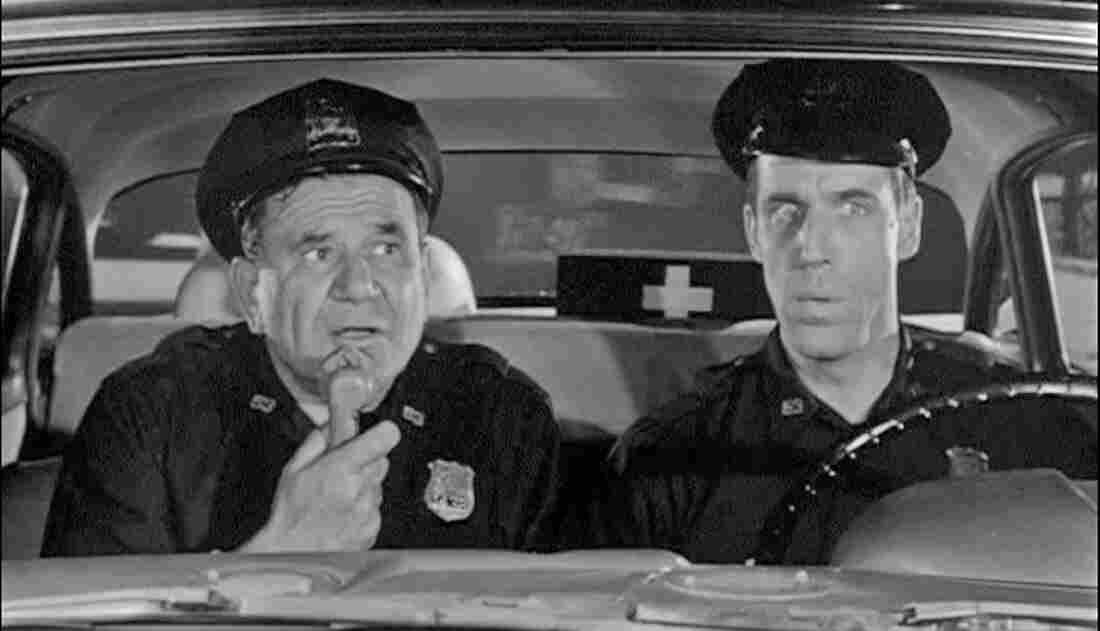 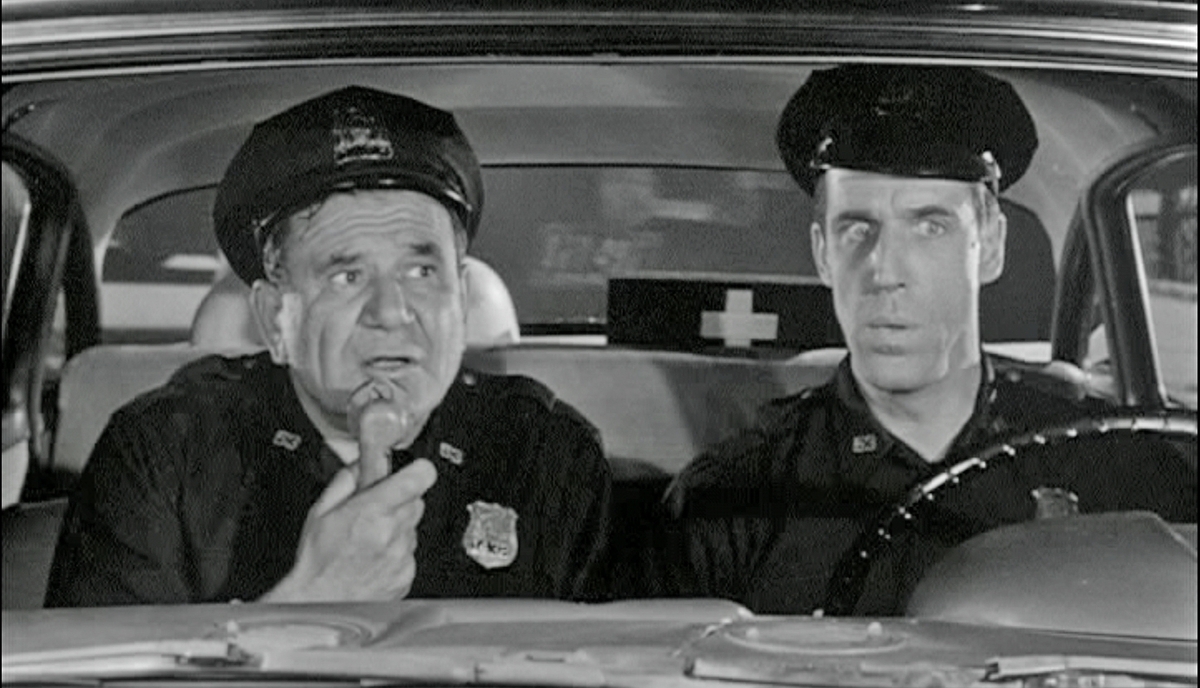 NYPD officers Gunther Toody (Joe E. Ross) and Francis Muldoon (Fred Gwynne) patrolled the Bronx in the 1960s sitcom Car 54, Where Are You?

I grew up in New York City, but I didn't watch Car 54, Where Are You? until I got hooked on it in syndication long after it was originally aired. So I was very happy to see the complete series of 60 episodes released on two DVD boxed sets. The episode in Season 2 titled "I Hate Capt. Block," about trying to teach a recalcitrant parrot to talk and the way people are not much smarter than parrots, is one of the most hilarious things I've ever seen on television, maybe as inspired as Sid Caesar's foreign film parodies or Carol Burnett's version of Gone with the Wind. 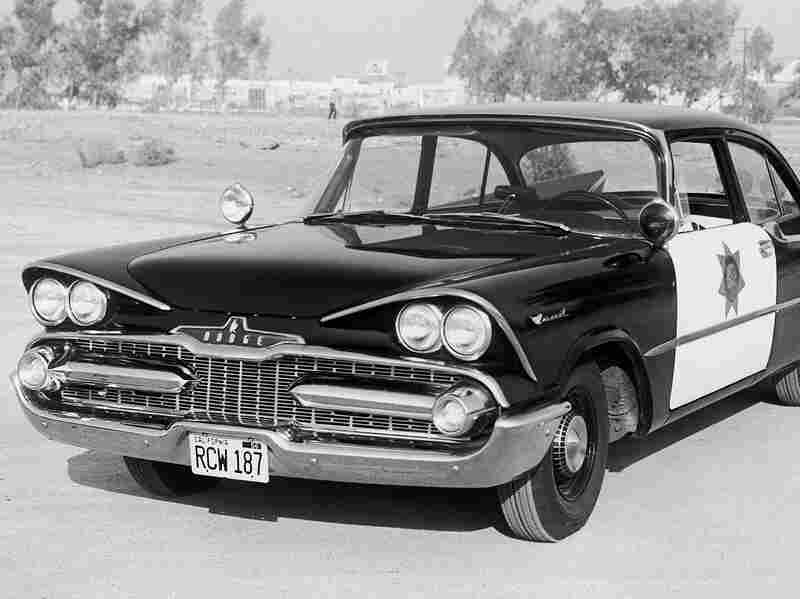 Car 54 itself was a Dodge DeSoto. AP hide caption 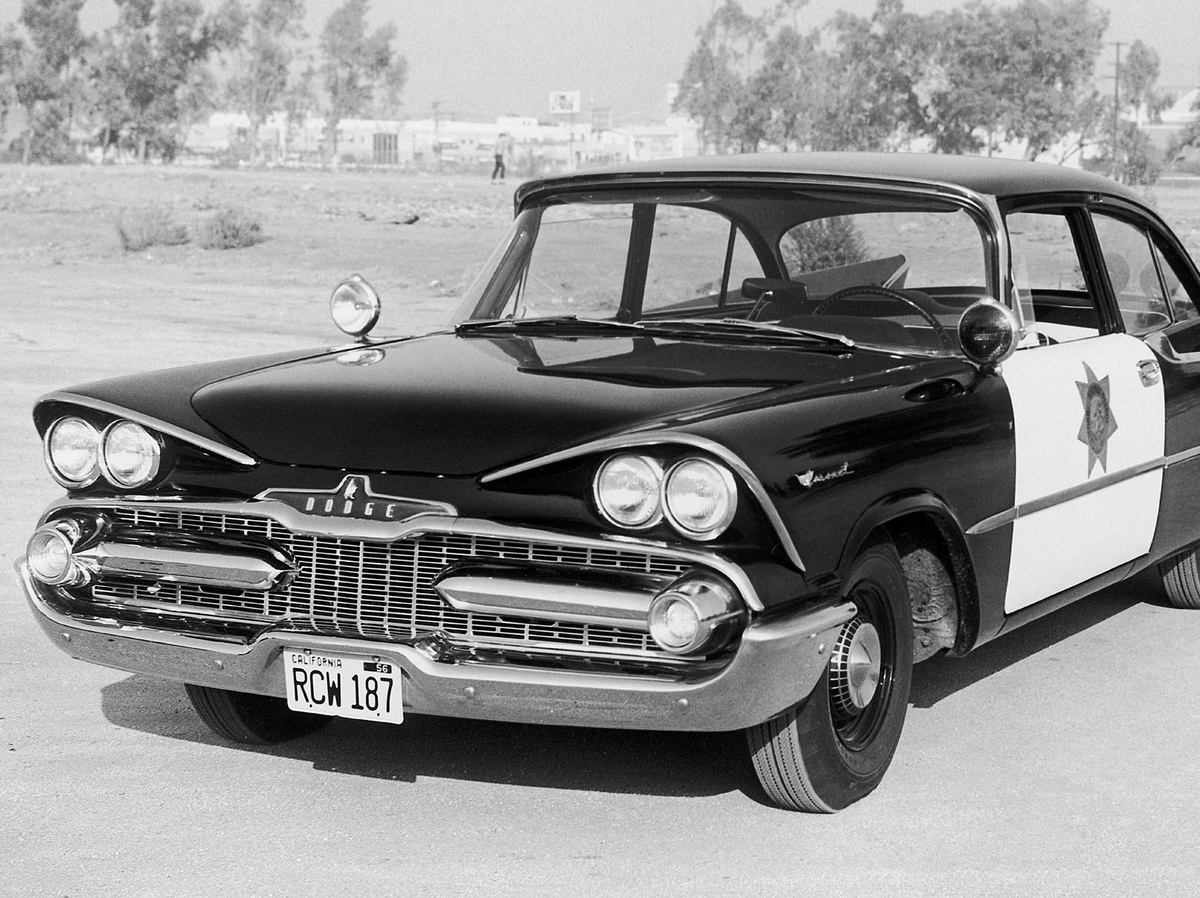 Car 54 itself was a Dodge DeSoto.

I love the show for a couple of other reasons, too. For one thing, it was filmed on location in New York, but even more important, it was aware of what was going on in New York, starting with the line in creator Nat Hiken's memorable theme song about Khrushchev being due at Idlewild, which is what JFK Airport was called in 1960 when the Soviet premier had his legendary outburst at the United Nations. And how many other television comedies would refer to Leonard Bernstein conducting the New York Philharmonic?

One of my favorite episodes — the show's fifth — hits even closer to home. An elderly Jewish lady, played by Molly Picon, the enchanting musical star of the Yiddish theater, is being forced by the city to move from her apartment in the Bronx because her neighborhood is being torn down for an urban renewal project. That's exactly what happened to my family in Brooklyn. Picon's Mrs. Bronson became a prescient spokesperson for preserving real neighborhoods.

My other reason is Picon herself. My mother had a couple of old Molly Picon 78s, so I grew up listening to her bright singing voice and delicious comic timing. In the second season of Car 54, Mrs. Bronson is back. In order to get her to move out of her old building the city has given her a lease for an apartment in a new building. So she moves in, even though that building does not have walls yet. 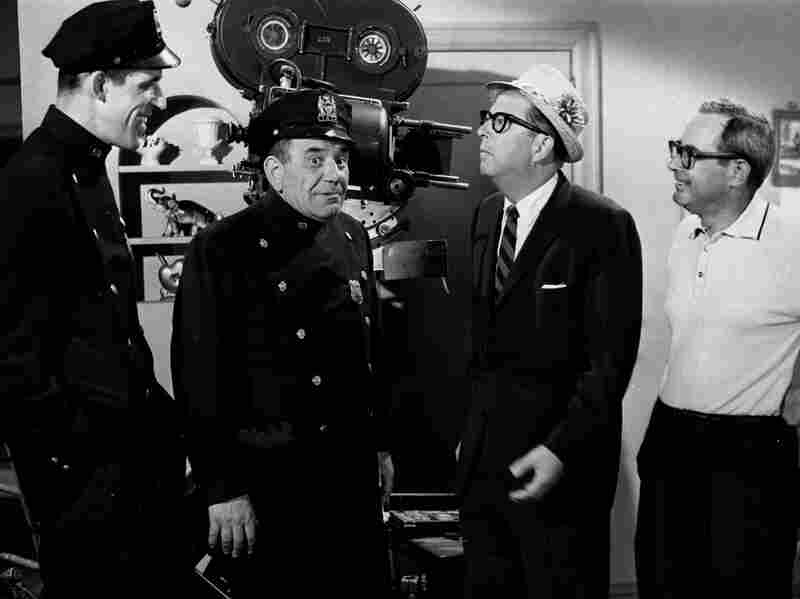 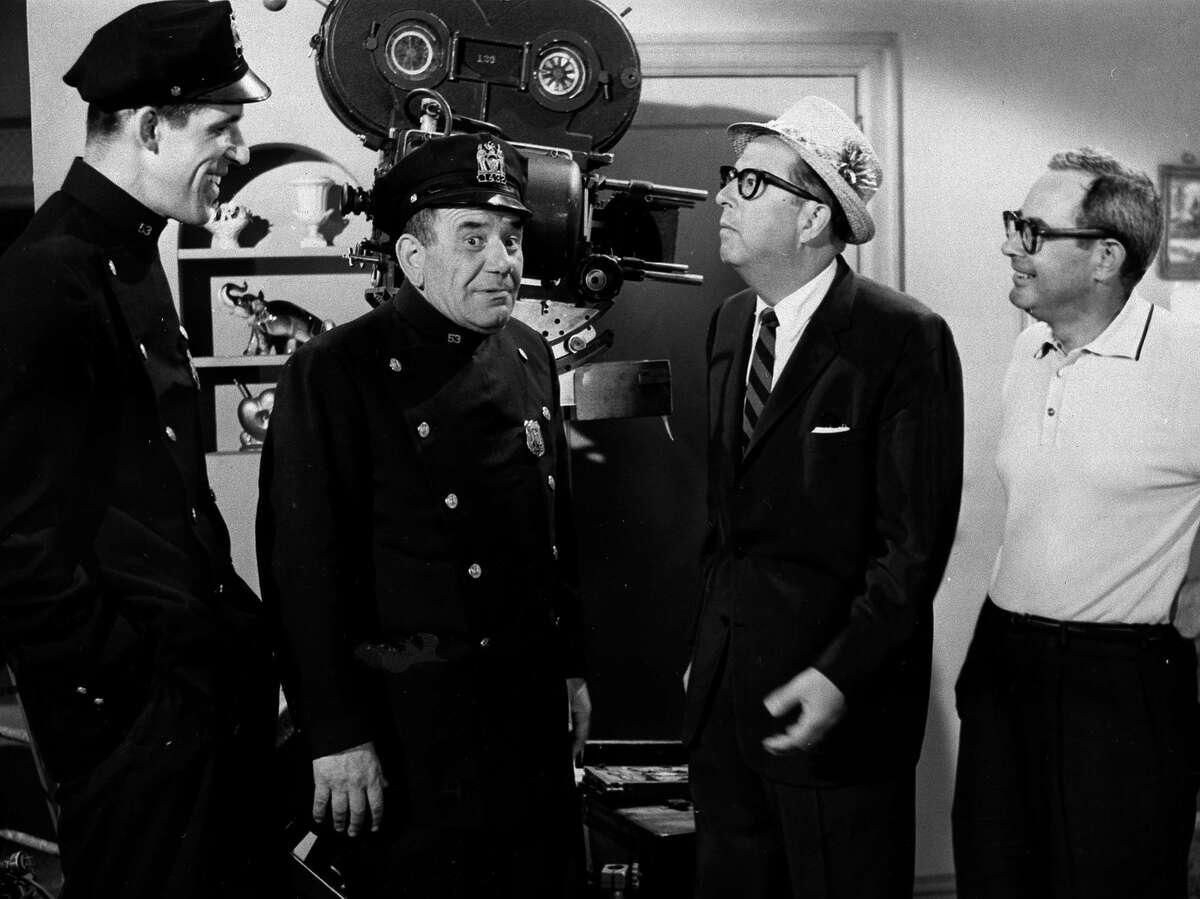 From left, Gwynne and Ross kibbitz with Phil Silvers of Sgt. Bilko and Nat Hiken, who created both classic TV comedies.

She, of course, charms all the officials trying to get her out, from the two police officers, Toody and Muldoon — Joe. E. Ross and Fred Gwynne — to the housing commissioner himself. She gives them homemade honey cake and teaches them the touching turn-of-the-century Yiddish song "Oyfn Pripetshik." Songwriter M. M. Warshawsky's refrain can be loosely translated as:

In the fireplace
A little fire's burning
Warm the house must be
And the little rabbi
Helps the little children
Learn their ABC.

My grandmother used to sing me that song when I was a child. On the show, the words are never translated. However funny Car 54 was, it was built on a bedrock of day-to-day reality that was one of the things that made it so deeply endearing.