Accessibility links
Follow The Money: On The Trail Of Watergate Lore Deep Throat whispered "follow the money" to reporter Bob Woodward during the investigation of Watergate, the third-rate burglary that brought down the Nixon administration. Or did he? An NPR librarian launched her own investigation. 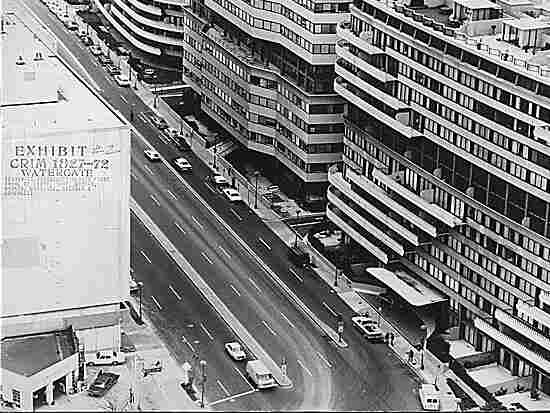 A photograph of the Watergate complex that was used as an exhibit in the trial of G. Gordon Liddy. National Archives hide caption 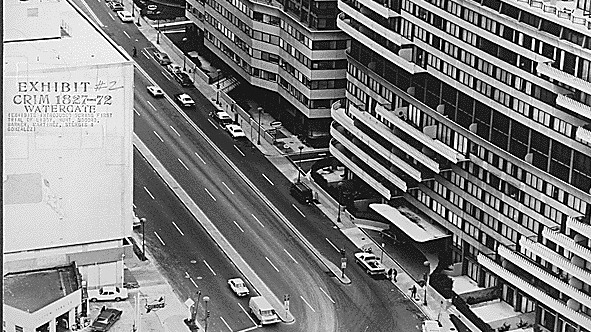 A photograph of the Watergate complex that was used as an exhibit in the trial of G. Gordon Liddy.

"Follow the money" – a phrase that's now part of our national lexicon — was supposedly whispered to reporter Bob Woodward by Deep Throat as a way to cut through the lies and deceptions and find the truth about the Watergate scandal. The so-called third-rate burglary that happened 40 years ago this weekend ended the presidency of Richard Nixon. But did Mark Felt, the former associate director of the FBI who admitted to being Deep Throat in 2005, ever really say "follow the money"?

A few years ago, the great NPR news analyst Dan Schorr asked me to find the phrase in Woodward and Carl Bernstein's book All the President's Men. Being a good librarian, I used the index to check all the references to Deep Throat; I didn't find the phrase. Not wanting to disappoint Dan, I looked through the whole book, page by page. Phrase not found. Then I did a newspaper database search for articles that had "follow the money" near "all the president's men," but all the results were about the movie version, not the book. 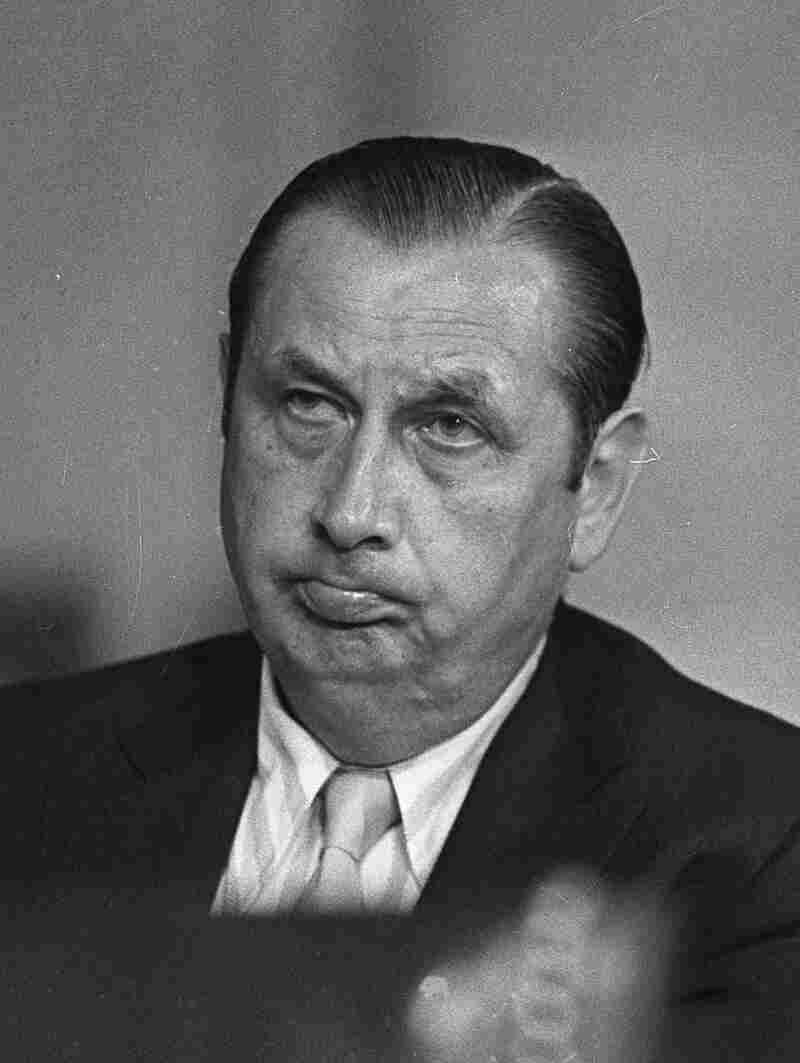 Anthony Ulasewicz, shown here in 1973, acknowledged that he delivered more than $200,000 in hush money to the Watergate burglars. AP hide caption 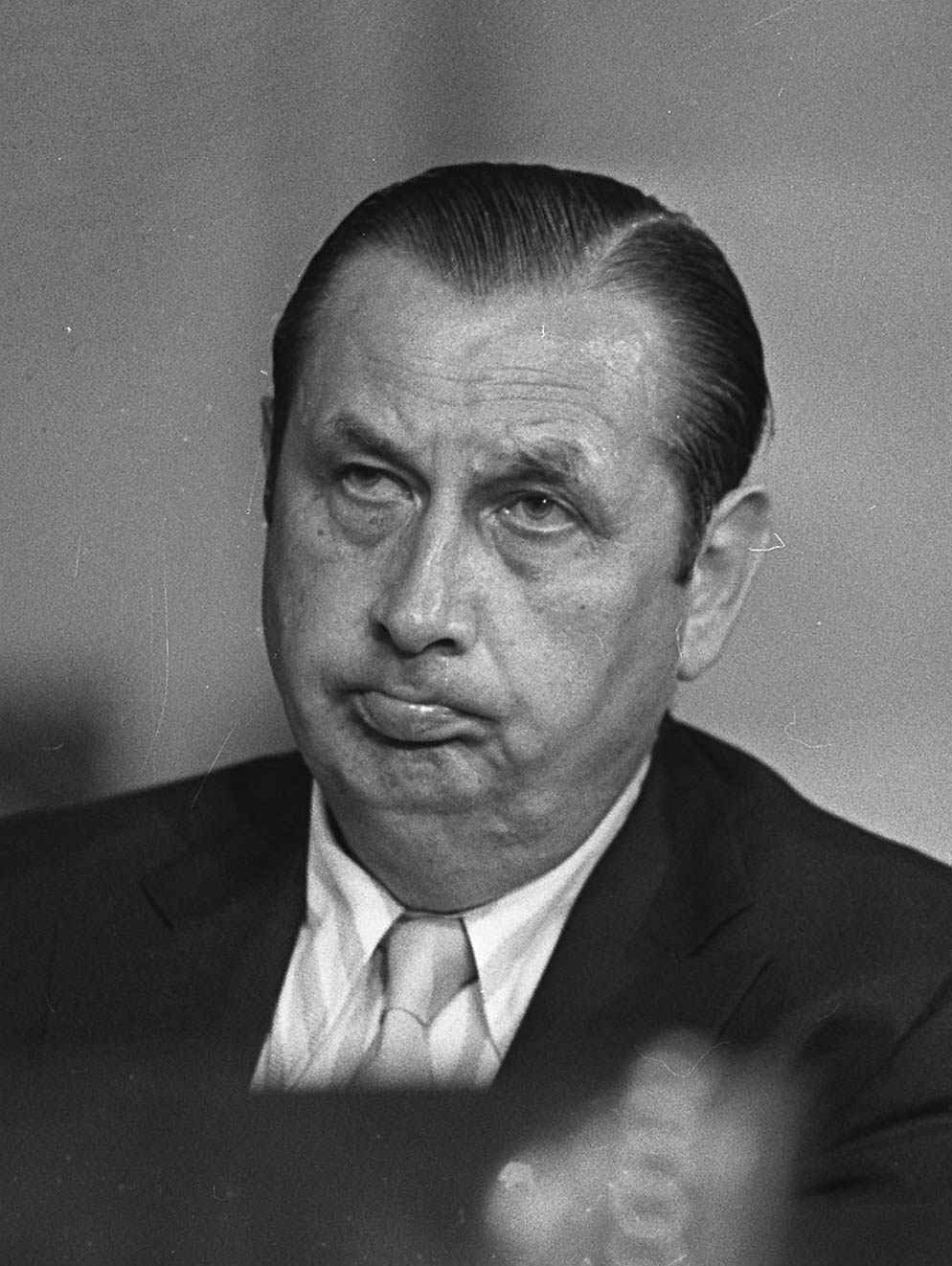 Anthony Ulasewicz, shown here in 1973, acknowledged that he delivered more than $200,000 in hush money to the Watergate burglars.

Dan called Woodward and William Goldman, who had written the screenplay. They were baffled, but eventually admitted that the phrase wasn't in the book, so one of them must have made it up. Each man gave credit to the other.

The cash that needed following was more than $200,000 paid to Watergate plotters G. Gordon Liddy and Howard Hunt, and the five burglars. The hush money was delivered by Tony Ulasewicz, a rumpled, fedora-wearing former New York police officer who fit the image of the "president's bagman" to a T.

Ulasewicz had been hired to conduct secret investigations for the Nixon White House in 1969 and was assigned to dig up derogatory information on Nixon's enemies, including Democratic Sens. Edward Kennedy and Edmund Muskie, and journalist Jack Anderson. He even investigated the president's nephew, whose association with "arty types" in California was a potential embarrassment to the administration.

Ulasewicz was convicted of filing false tax returns and served a year's probation. One of the forgotten men of the Watergate saga, he died in 1997.