Accessibility links
Is Deportation Freeze A 'Big Relief' Or 'Cynical Ploy'? President Obama outlined a new policy Friday to temporarily stop deporting some young illegal immigrants. Supporters celebrated the announcement, but not everyone embraced the change. There are critics who say it goes too far, while others say it's not enough. 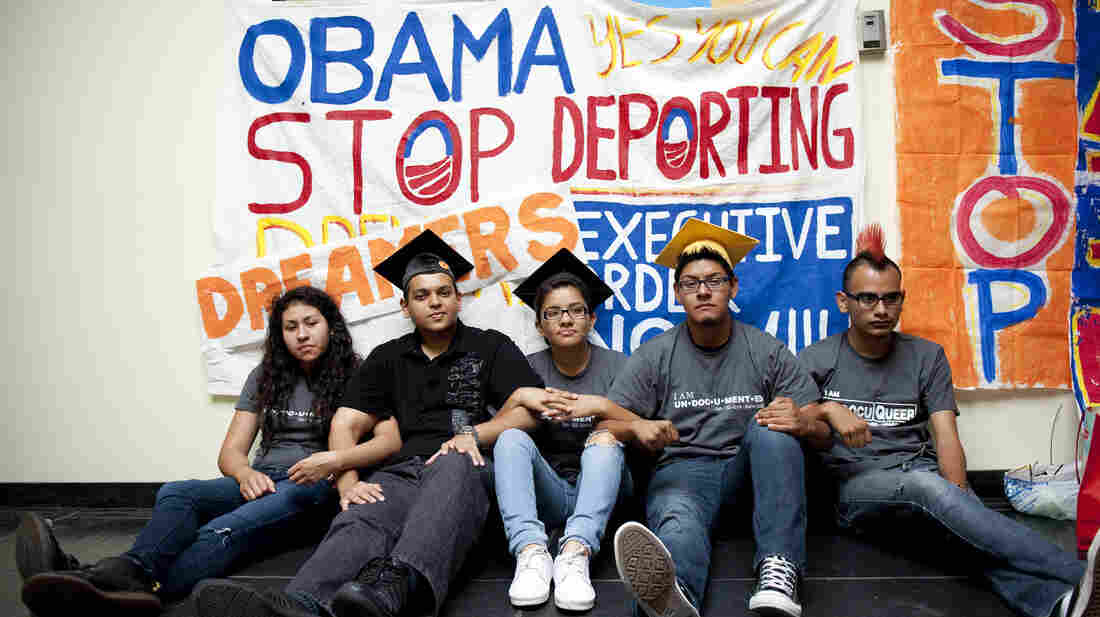 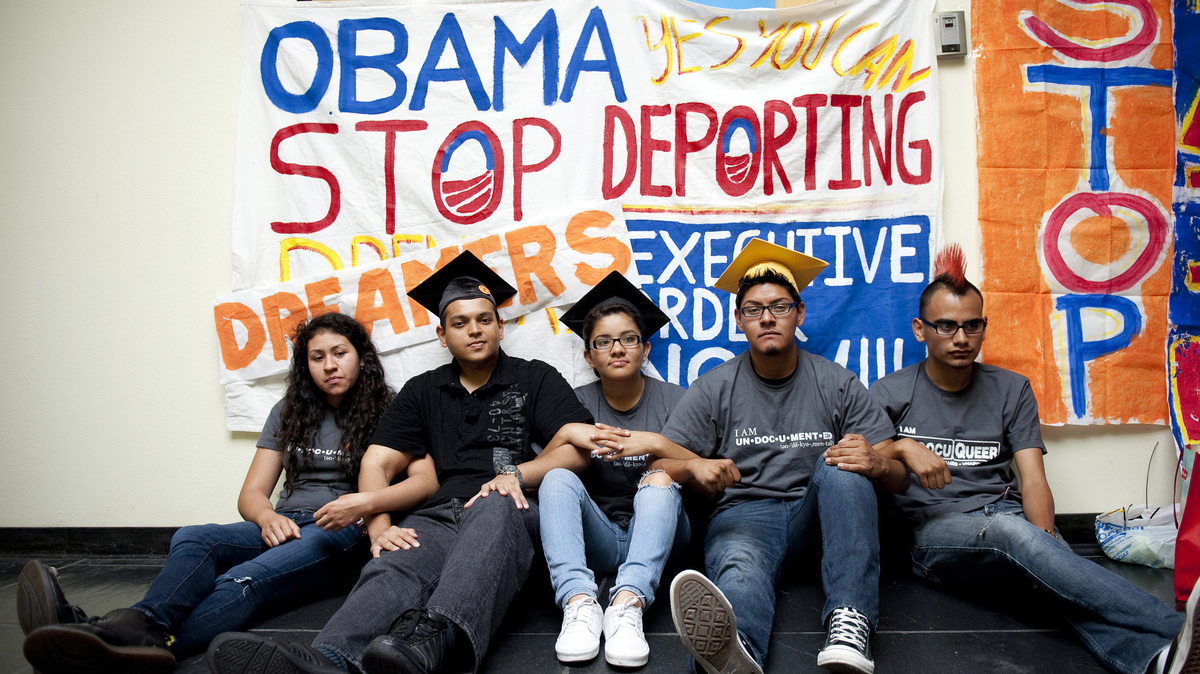 President Obama's new immigration policy is aimed at those who illegally came to this country as children and who've generally stayed out of trouble since they got here.

These immigrants would get a temporary, two-year waiver from deportation, which could be extended. Plus, they would be eligible for a work permit.

"The policy is aimed at people who came to the U.S. when they were under the age of 16 and who've lived here for at least five years, those who have gone to school or finished school or gotten their GED or served in the military and who are not yet 30 years old."

Does It Substitute For Congressional Action?

"Mr. Obama is sensitive about appearing to be substituting his judgment for that of Congress. Instead, the administration's calling this an exercise of 'prosecutorial discretion' within the existing immigration laws.

"Mr. Obama described it as a stopgap measure while he tries to build support for a more comprehensive overhaul of immigration law. Some critics ... are not buying that, and they're accusing Mr. Obama of executive overreach."

At the University of California, Los Angeles, Labor Center in downtown L.A., more than 100 student leaders from around the country hugged and cheered as President Obama delivered his immigration announcement Friday.

Obama outlined a new policy to temporarily stop deporting some young illegal immigrants and make them eligible for work permits.

Diego Sanchez was born in Argentina and brought to Miami 12 years ago. He's working on getting his MBA. He welcomed the president's announcement.

"It's a big step, a big relief for our communities, especially as students," Sanchez says. "I'm not going to be thinking about what can happen if I get pulled over any more. Now you know that you can put your degree into work."

Students like Sanchez have been working for years to get Congress to pass the DREAM Act, to grant conditional residency to young people like them — brought to the U.S. as children. With the DREAM Act stalled, an increasing number of so-called "Dreamers" have gone public with their legal dilemma.

Cyndi Bendezu was born in Lima, Peru, and grew up in East L.A. She came here when she was 4 and has been undocumented for 23 years. She graduated from UCLA and is working on her master's degree at Columbia University.

"I know that we worked so hard for this, and I know Obama could do so much more," she says. "But I know this is an election year, and I know that he needs our votes. So I know what this is about: It's politics."

It's the politics — and timing — of Obama's announcement that has anti-immigrant groups riled up. Roy Beck, who heads the organization NumbersUSA, says Obama usurped power.

"[Congress] said no three times, and he goes, 'OK, I'll just do it on my own.' And he has stirred up a lot of new energy. Now he's made himself a huge target," Beck says.

With DREAM Order, Obama Did What Presidents Do: Act Without Congress

Napolitano: New Immigration Policy Is Part Of A 'Strong Enforcement'

The president's announcement also sparked much debate on the airwaves around the country. California Assemblyman Tim Donnelly, a Republican, spoke out against the policy on NPR member station KPCC.

"I think this just is a cynical ploy to try to pander to illegals in order to somehow get votes," he said. "The problem is he's doing this at the expense of our kids who are out there looking for work right now."

Some of the students who could benefit from Obama's order remain skeptical about how it will be enforced. Mexican-born high school student Jahel Campos was among a half-dozen others staging a weeklong sit-in outside Obama's campaign headquarters in Culver City. She says the president's order doesn't go far enough.

But for students like Bendezu, who hopes to earn her Ph.D. in political science, Obama's words brought validation, at least for now.

"We are the future of this country, and they need us. And our parents taught us that. And our parents have struggled and they've sacrificed everything," she says. "It's finally time for them to realize we're human and we have feelings. Because it's so inhumane how they treat us like we don't exist. And we do."