Accessibility links
The Stage On Which Juliet First Called Out For Romeo Archaeologists have found the remains of the Curtain Theatre, where Shakespeare first staged some of his most famous plays. NPR's Rachel Martin talks to Chris Thomas, who dug up the theater. 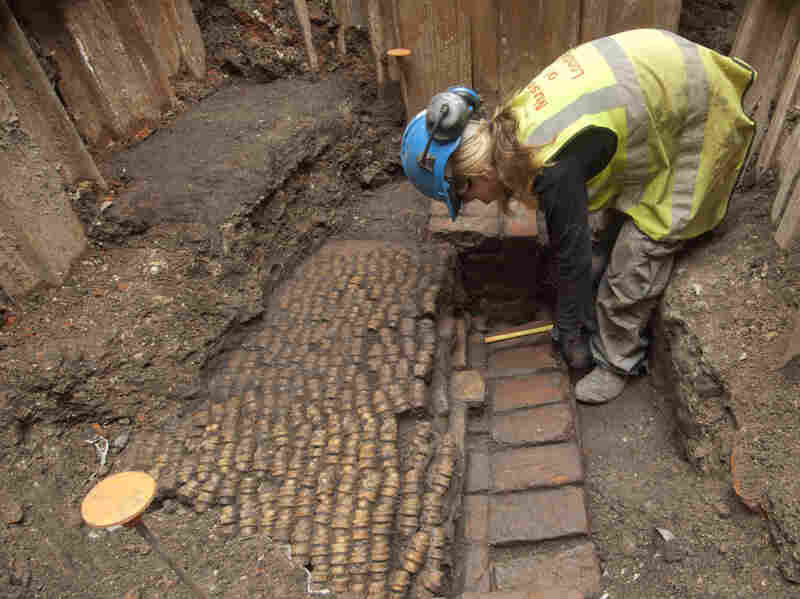 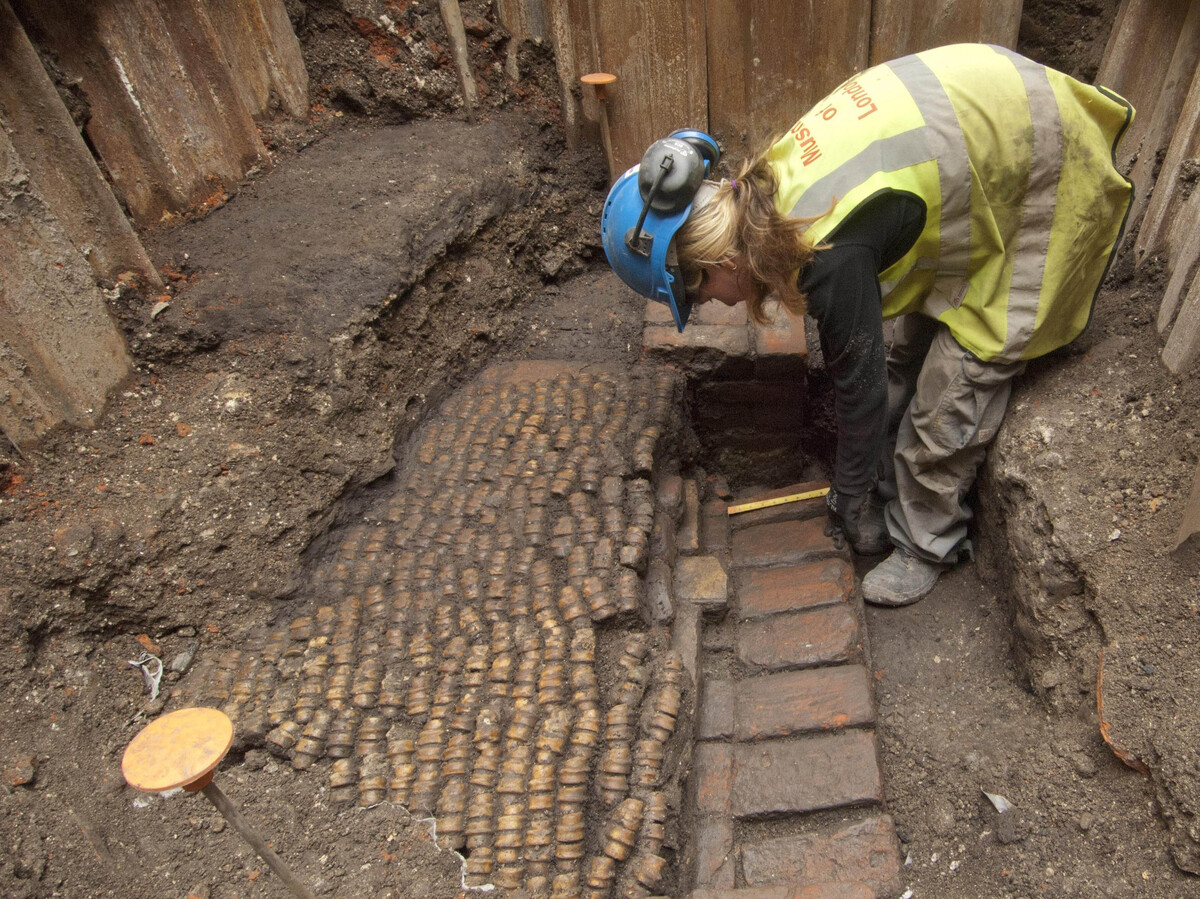 Archaeologists from the Museum of London Archaeology recently excavated the site of the 16th-century Curtain Theatre, where Shakespeare staged some of his plays.

Archaeologists have discovered the remains of the Bard's old stomping grounds — ruins of a famous 16th-century theater, buried below the streets of modern London. Known in its heyday as the Curtain Theatre, it's often been eclipsed by its more famous younger sibling, the Globe.

But the Curtain is a big deal in its own right. Some of Shakespeare's most famous works premiered there — Romeo and Juliet and Henry V, just to name a couple. NPR's Rachel Martin talked to the archaeologist who dug up the theater, Chris Thomas of the Museum of London.

"We've only seen parts of it so far, but what remains are the foundations — the brick walls of the Curtain Theatre — the floors inside the galleries and the yard. The yard is the bit in the middle where people used to stand."

On how they knew it was the Curtain

On the Curtain's lifespan

"We think it [was] built in 1577, so that's a year after the first theater. And the last mention of it is in 1628, but it's just possible that it continued all the way up to 1642. And we know all the theaters would have been shut then, because the Puritans in power in England didn't like theaters, and didn't like people having a lot of fun, so they closed them all down."

On Shakespeare's audience at the Curtain 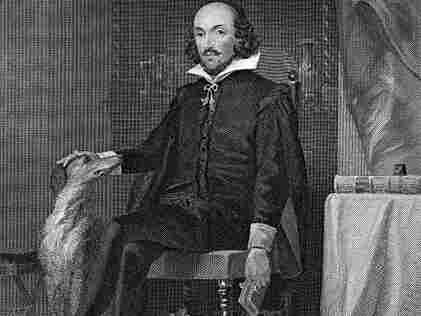 Some of William Shakespeare's most famous plays, like Romeo and Juliet, had their debut at the Curtain Theatre. Bettmann/Corbis hide caption

"It's probably not something for the elite. I think we've probably got to imagine that the productions were a bit more rowdy and the audience probably participated quite a lot more than they do in modern theatrical productions."

On the location of Shakespeare's theaters

"Well, to start with, the Theatre and the Curtain Theatre were in Shoreditch, which is immediately north of the City of London. So you can imagine that the theaters are in suburban areas that are just outside the jurisdiction of the city, so they can get away with quite a lot more. And then once the Rose and the Globe and the other theaters get built, they all get built on the south side of the river, again outside the city. So once the Theatre closes, the Curtain is on its own up in Shoreditch and all the rest are down in Southwark on the south side of the river."

"One of the nicest things is, buried in the floor, was a ceramic pot, just buried in the floor as a mouse trap. And I think those are the little things that are quite nice and give you a bit more of a feel for the people or the place."

On the future of the excavation

"Now we have to move on, in that we just located it, found it and covered it up for the time being. Now, if a new development gets permission to be built, then we'll be uncovering most of it, and we'll be putting it on display so that people can come and visit it, and that's when it will get really exciting."