Accessibility links
One For The Road: Teen Builds Her Own Pontiac Fiero Fourteen-year-old Kathryn DiMaria is rebuilding the car with a little help from her dad, Jerry. It's something Jerry DiMaria always wanted to do with his father, but never had the chance. 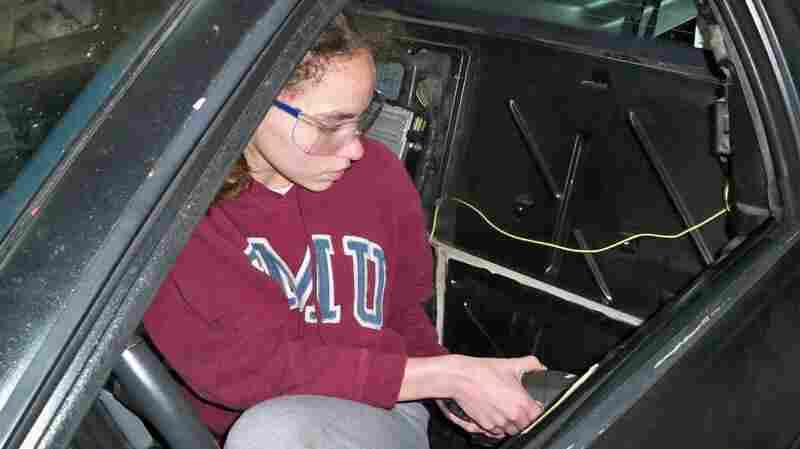 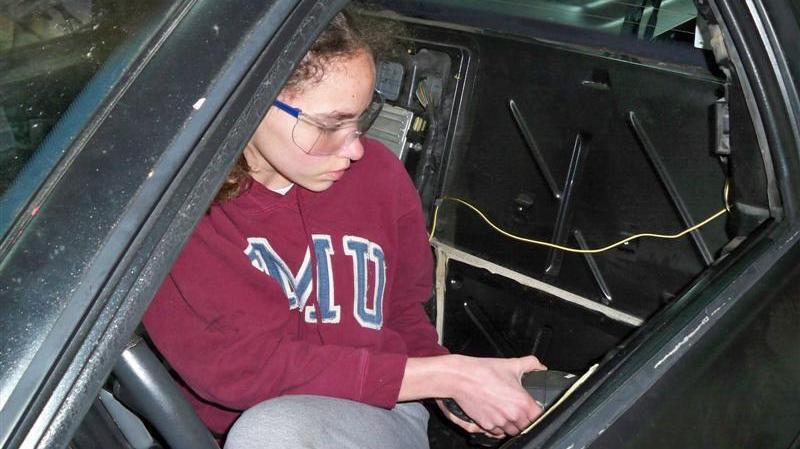 When 38-year-old Jerry DiMaria isn't on the clock at Central Michigan University, you can usually find him working on his Corvette.

"I guess I've always probably been a little bit into cars, but even as a kid I thought it would be a lot of fun to rebuild a car with my dad," he said. 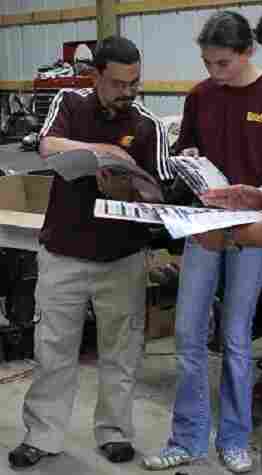 He never got that chance with his dad, but now he's getting it with his oldest daughter, Kathryn.

She's 14 years old, and with her father's help, she's already two years in to building her own car. Before she was even a teenager, Kathryn fell in love with a Pontiac Fiero and decided that was the one she wanted to put together.

"It's small, so I figured that it would take less time to build that than a huge monster truck or something," she said.

"When she was about 12, she came in, talked to her mom and me, and just said, 'Hey, I've got this great idea: How about you guys let me rebuild a car? I want to buy something and work on it, and then by the time I'm 16 it will all be ready,'" DiMaria recalled.

"I thought, 'Boy, that's a little scary to let a 12-year-old girl kind of go on her own,'" he says. "But at the same time, I thought, 'Well, maybe this is going to be the opportunity to sort of relive one of my dreams, but from the other side of the equation.'"

But first they had to find their Fiero. They were looking for one that was falling apart, but wasn't quite dead. After searching on Craigslist, they found one in Canadian Lakes, Mich.

"After looking at it for about an hour or so she said, 'I think this is the one I want,'" DiMaria said. "So her uncle and I just sat back and said, 'Well then, go talk to the guy.'"

DiMaria said his preteen daughter negotiated the price. The owner was asking for $600.

She finally had her car, though it looked like it was straight out of a junkyard.

"I didn't really know where to start, but we guessed that we should do the interior first because if we left that on when we were sanding and everything, [everything] would just get all gunked up," Kathryn said.

DiMaria said Kathryn does most of the work.

"There are times that she simply doesn't have enough strength to accomplish a task, and so we'll have to step in to help her out," he said. "But generally if it's something that she can finish on her own, she wants us to show her and then get out of her way."

Kathryn has finished almost all of the interior and body work. 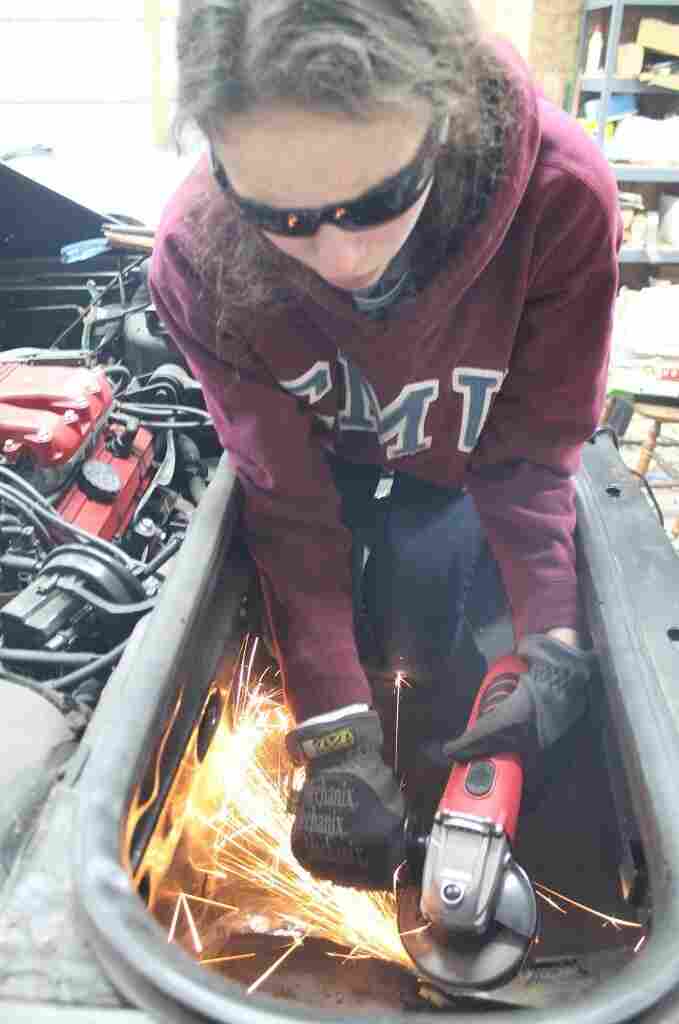 Kathryn DiMaria using her grinder to cut a hole in the trunk of her Pontiac Fiero. Courtesy of Jerry DiMario hide caption

"I just need to finish sanding some parts and get painting with those, and then I get to finish all that and work on my suspension and my engine," she said.

That engine is a topic of debate in the DiMaria household.

"She's already tried to talk us into, 'Well, can I turbo-charge it? Can I put nitrous in it?' She's been around Corvettes a little too long," DiMaria said, laughing.

Kathryn has two more years until her car is finished, but it looks like she'll be done in time for her 16th birthday.

"My friends who are older, like my uncles, my aunts and people who actually understand what I'm trying to do, they think it's really cool, and they're like, 'Good for you, girl,'" Kathryn said. "My (friends) at school are all like, 'What do you think you're doing?' I'm like, 'Leave me alone, you'll get it when it's done.'"