Accessibility links
States Stake Claim On Sir Francis Drake's Landing More than 400 years ago, Sir Francis Drake became the first British explorer to make contact with Native Americans on what is now the American West Coast. The question is where? Oregon or California? The National Park Service is poised to officially recognize one state's claim. 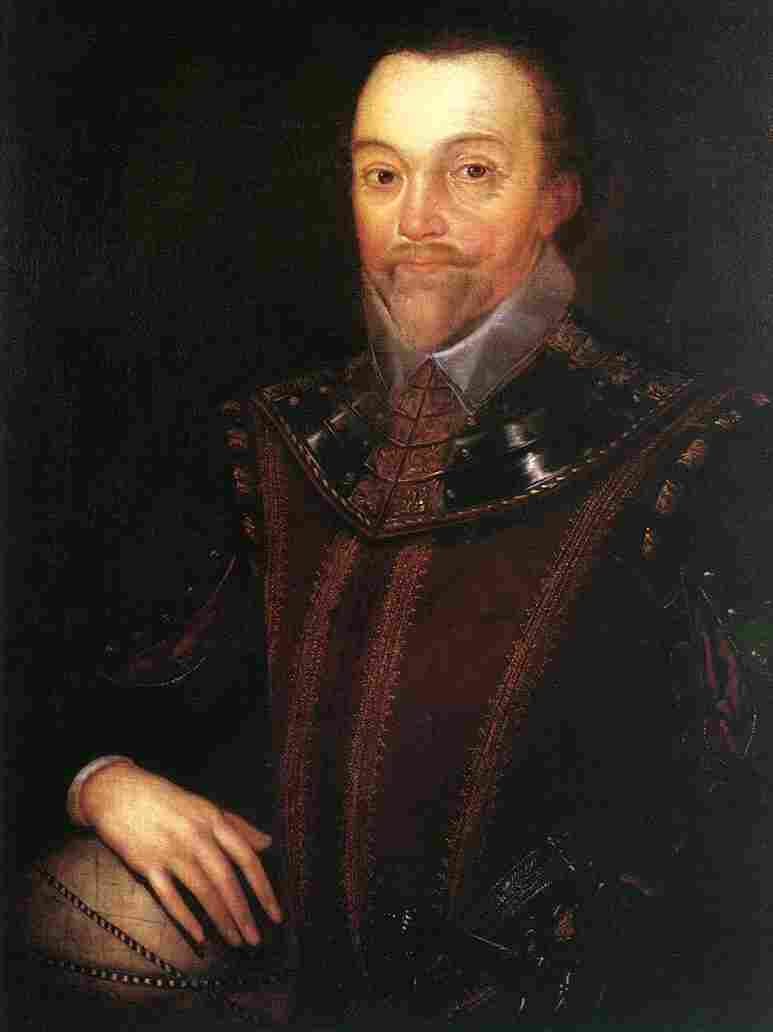 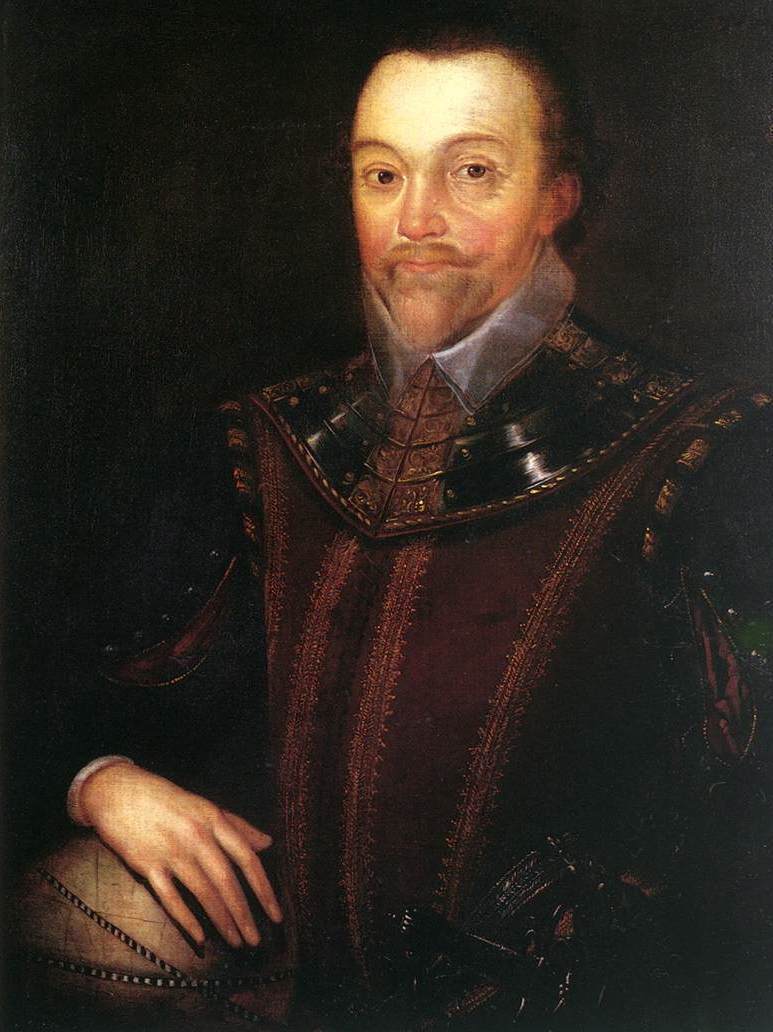 Oregon and California are locked in a dispute over something that happened 433 years ago, when Sir Francis Drake became the first British explorer to make contact with Native Americans.

It happened on what is now the American West Coast. The question is where? Oregon or California? The National Park Service is now poised to officially recognize one state's claim.

Drake was the prototypical swashbuckling British ship captain. It took him three years to circumnavigate the world. In 1579, he spent five weeks repairing his ship and interacting with West Coast tribes. Amateur historian Garry Gitzen believes that happened near his house overlooking Nehalem Bay on the northern Oregon coast.

The shelves of Gitzen's basement library are lined not only with books about Sir Francis Drake, but also with what he says is evidence the British explorer dropped anchor near his home.

Gitzen points to a photo of an old survey marker chiseled into a rock.

"This is what he signed," Gitzen says. "You know, the only person who could do something like that was Francis Drake."

Gitzen is writing a book called Oregon's Stolen History. In it, he refutes the generally accepted claim that Drake landed in California, just north of what is now San Francisco. He says it matters because it's the truth.

"Otherwise, we're living a bunch of lies," he says. "Is that really what we want to do? I don't think so. If that's the case, why don't we just keep saying the sun is revolving around the Earth and the Earth is still flat?"

Ed Von der Porten heads a society of history buffs in California's Bay Area. As far as he's concerned, scholars settled the question long ago of where Drake first encountered West Coast tribes — in California's Drake's Bay. Most recently, he says, the National Park Service put that claim through not one but two scholarly commissions to see if there were any other alternative.

"The answer came back, as it always has, a resounding no," Von der Porten says.

There is still another possibility, however, for Drake's landing: Whale Cove in southern Oregon. That's where archaeologist Melissa Darby is studying. Darby says that as a scientist, she doesn't trust anyone who's 100 percent sure of something that happened more than four centuries ago.

"We don't know where he landed," Darby says. "Just the evidence that there are so many arguments about it tells me that it's not a done deal."

For now at least, the National Park Service has accepted the petition to officially designate 17 locations around Drake's Bay in California as a national landmark. But that's not quite the end of the story.

National Park Service archaeologist Erika Martin Seibert says the point of this landmark is to recognize the first contact between the British and Native Americans.

"At this time, current scholarship supports this area as the landing sight of Drake's Bay," Seibert says. "But that doesn't mean we can't continue to look at other places."

Seibert says the reason people will keep studying Drake's circumnavigation of the world is because it was the "moonshot" of its time.

"He was a rock star. He did something that many people thought was impossible," she says.

All that's needed now to turn Drake's Bay in California into a historic landmark is a signature from U.S. Interior Secretary Ken Salazar.