Accessibility links
It's A Bird, It's A Plane, It's A New Superman Bio! For the past 80 years, the Man of Steel has endured in books, movies, radio serials, comic books and cartoons. "Americans embrace Superman partly because he captured so many things that are part of our psyche and part of our sense of ourselves," says biographer Larry Tye. 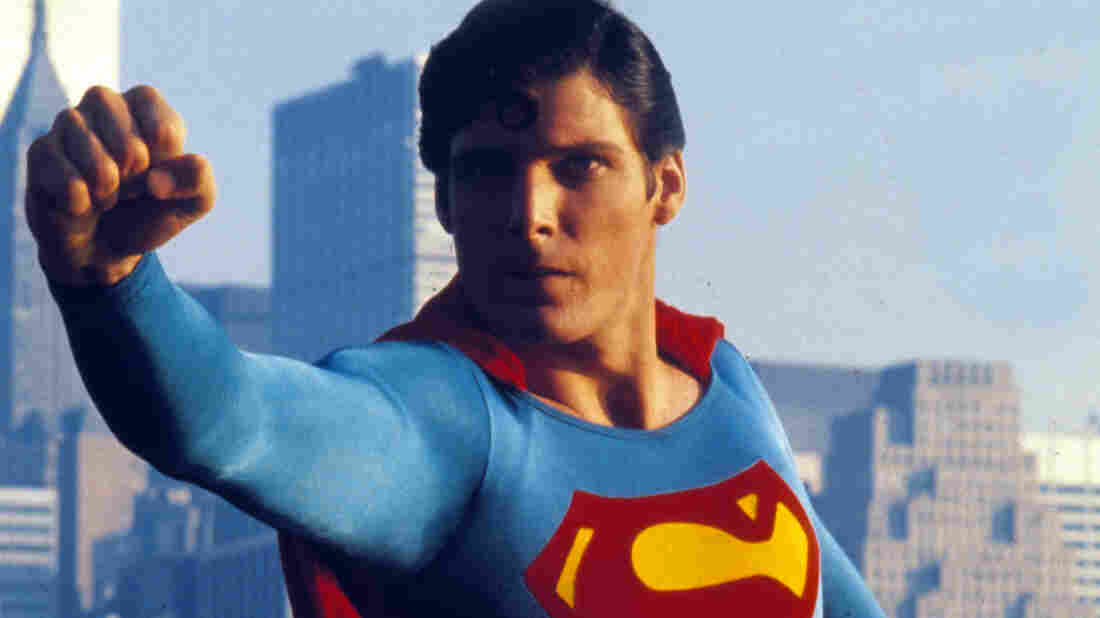 Eighty years ago, Jerry Siegel and Joe Shuster created the iconic comic book character Superman, but it took several years of rejections before they finally sold him to Detective Comics Inc. in 1938. The distinctive superhero made his first appearance in the comics in June 1938 — and since then has appeared in radio dramas, TV shows, video games, newspaper comics and countless films.

How has the Man of Steel evolved over the past eight decades — and what has made him so popular? Those were the questions that intrigued biographer Larry Tye, whose book Superman tells the story of the red-and-blue-clad icon who Tye calls "the longest-lived American hero of the last century."

He gave us an unwavering sense of right and wrong. ... Unlike all these other heroes — the dark Batman or the fraught Spider-Man — Superman was out there, always like a clear sign of light.

"Americans embrace Superman partly because he captured so many things that are part of our psyche and part of our sense of ourselves," Tye tells Fresh Air's Terry Gross. "... He gave us an unwavering sense of right and wrong. He sweeps in to solve our problems. He was a bit like a Messiah in that he descended from the heavens to help us discover our humanity. And unlike all these other heroes — the dark Batman or the fraught Spider-Man — Superman was out there, always like a clear sign of light."

The story of Superman was created by Jerry Siegel, who grew up in a Jewish neighborhood in Cleveland and was often teased as a child.

"Every day, when he'd go out on the school playground, kids would yell at him, 'Siegel, Siegel, birds of an eagle,' " says Tye. "And he wished he would fly away. The only thing he could do was to escape into a world of fantasy and create his own kind of characters that could fly away."

Siegel's earliest comics involved a character called The Super-Man, who was a bad guy trying to control the world. Later on, he dropped both the word 'the' and the hyphen — and changed Superman into a heroic character trying to save others from bad guys. 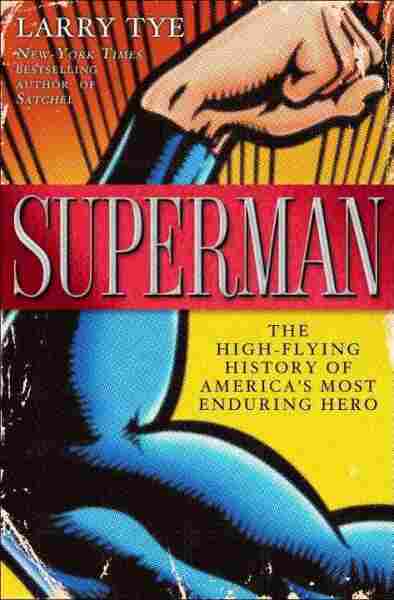 The High-Flying History of America's Most Enduring Hero

"He stayed up with a pencil and paper that he had brought to bed with him, and suddenly, in the course of the night, this vision of a 'hero of light' came to him. And he jotted down the story, and then next morning, he ran down the street to his neighbor Joe Shuster's house ... and he said, 'Here's my story. Make it work on paper. Draw something.' "

Shuster drew precisely the kind of hero that Siegel had in mind: a bold, chiseled superhero dressed in blue, yellow and red. After a self-titled series was launched in 1939, Siegel wrote all of the Superman stories and Shuster drew all of the art. But Shuster's eyesight soon began to deteriorate, and other artists stepped in to help with the artwork.

Tye says Shuster's poor eyesight did come in handy: It provided Superman's creators with a viable story for why Superman never served in World War II. (They thought having Superman serve — with his actual superpowers — would undermine the strengths and sacrifices of the actual troops.)

"They had Superman in the disguise of Clark Kent taking his eye test when he was about to be inducted into the Army, only he failed the eye test," says Tye. "And how could he fail the eye test? Well, he was using his X-ray vision not to read the screen in front of him, but to read the screen two examining rooms away. So what happened was, he ended up not being inducted into the Army but doing just what DC Comics wanted him to do: He stayed home, he rallied everybody against saboteurs on the home front, he was part of the bond drive — but he was never there undermining the troops."

And yet, says Tye, most of the ration kits shipped overseas during World War II contained a copy of Superman's comic book.

On why people love Superman

"He was the story of a foundling, a sole survivor of a doomed planet, and for the same reasons we love Little Orphan Annie and Oliver Twist, we love Superman. There was this brilliant love triangle connecting Clark and Lois and Superman, and that had a side for everyone, whether you're the boy who can't get the girl, the girl pursued by the wrong boy or the conflicted hero. And this wasn't just any hero, but he had the very powers that I would have loved to have had." 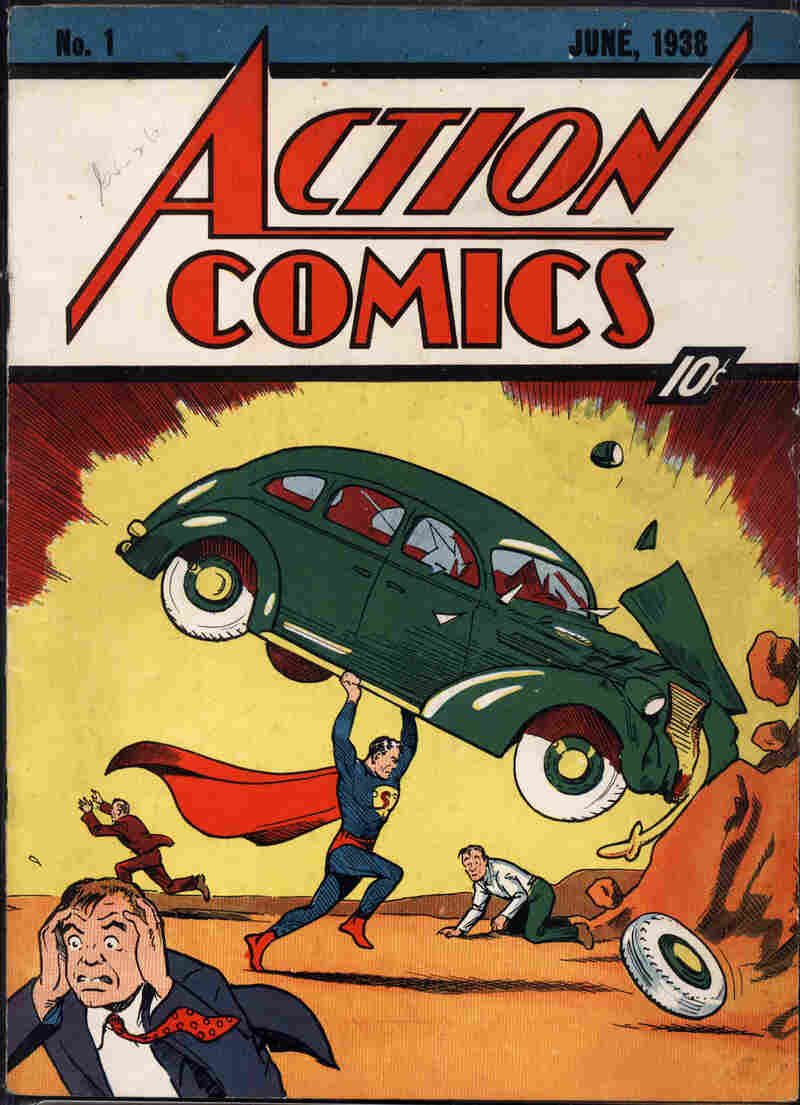 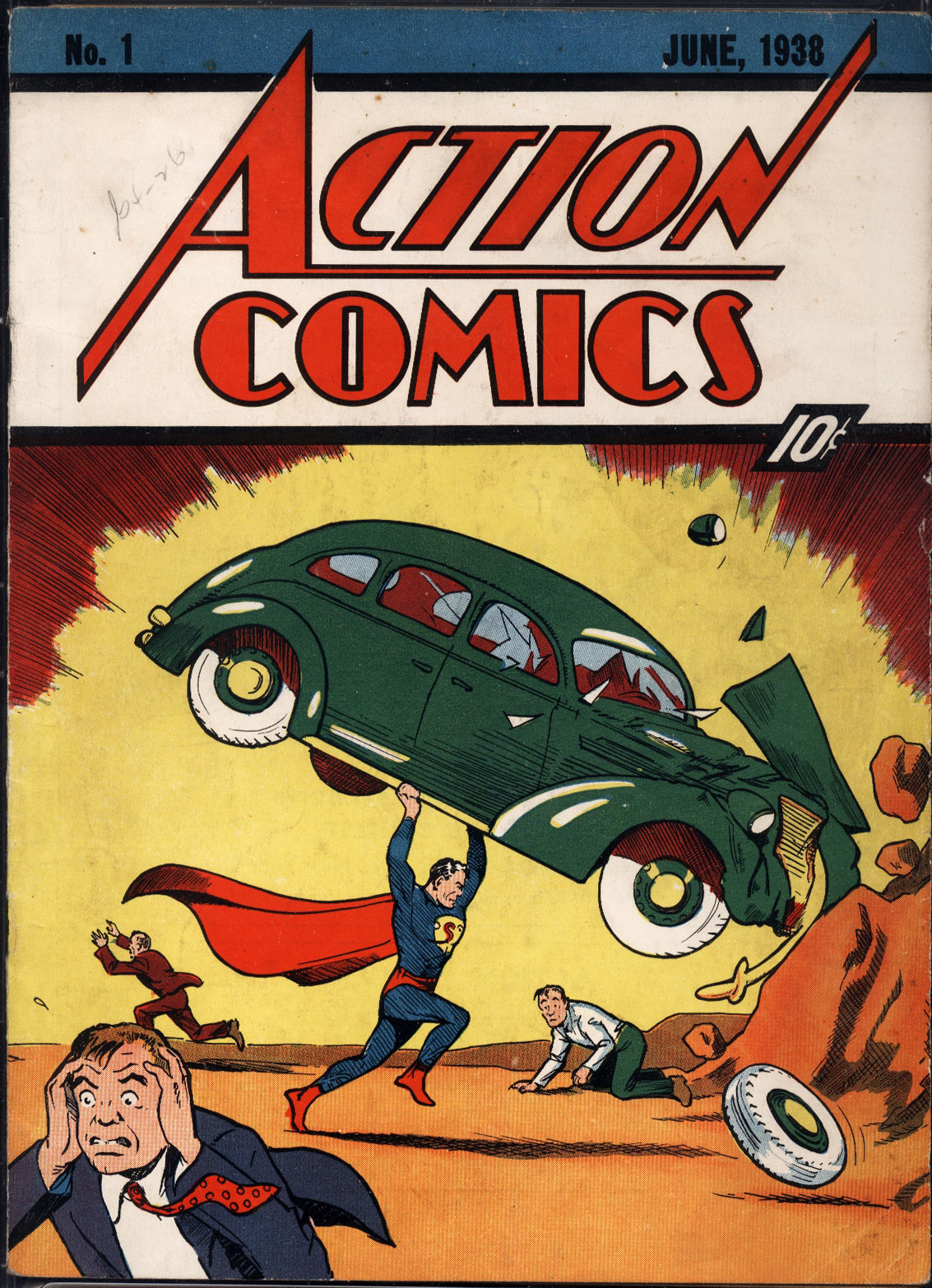 Superman first appeared in the June 1938 edition of Action Comics.

On how Superman was different from other superheroes

"While most heroes were a mortal disguising himself as a superhero — the way Peter Parker did with Spiderman or the way Bruce Wayne did with Batman — Superman was the hero, and the disguise was Clark Kent. And what that meant was that he was really comfortable doing all the heroic things that he did because that was who he really was. I think his disguise as Clark Kent was meant to suggest that he was reaching out to us and trying to understand humanity and trying to be as human as he could."

"Jerry called his character, as he came down from Krypton, 'Kal-El' which [means] 'a vessel of God' in Hebrew. So we have this character coming down, being put down in space by his parents to try and save him, and being rescued by two gentiles in the middle of the Midwest somewhere in America. If that's not the story of Exodus and Moses, then I've never seen that story told well. This was a time when we were on the eve of World War II, and the Nazis were on the brink of coming to power in Germany. ... I think this idea of this baby being rescued was a sense of what was going on in Europe, where Jerry's ancestors had come from. ... And it's a rule of thumb that when a name ends in m-a-n, the person whose name that is, they're either a superhero or Jewish or both." 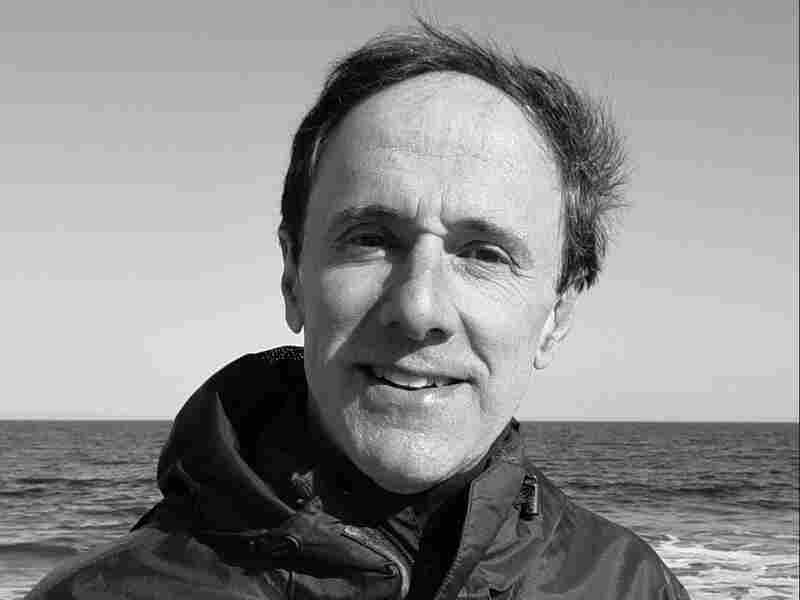 Larry Tye is the author of several biographies, including The Father of Spin: Edward L. Bernays and the Birth of Public Relations, Home Lands: Portraits of the New Jewish Diaspora and Satchel: The Life and Times of an American Legend. Courtesy Larry Tye hide caption 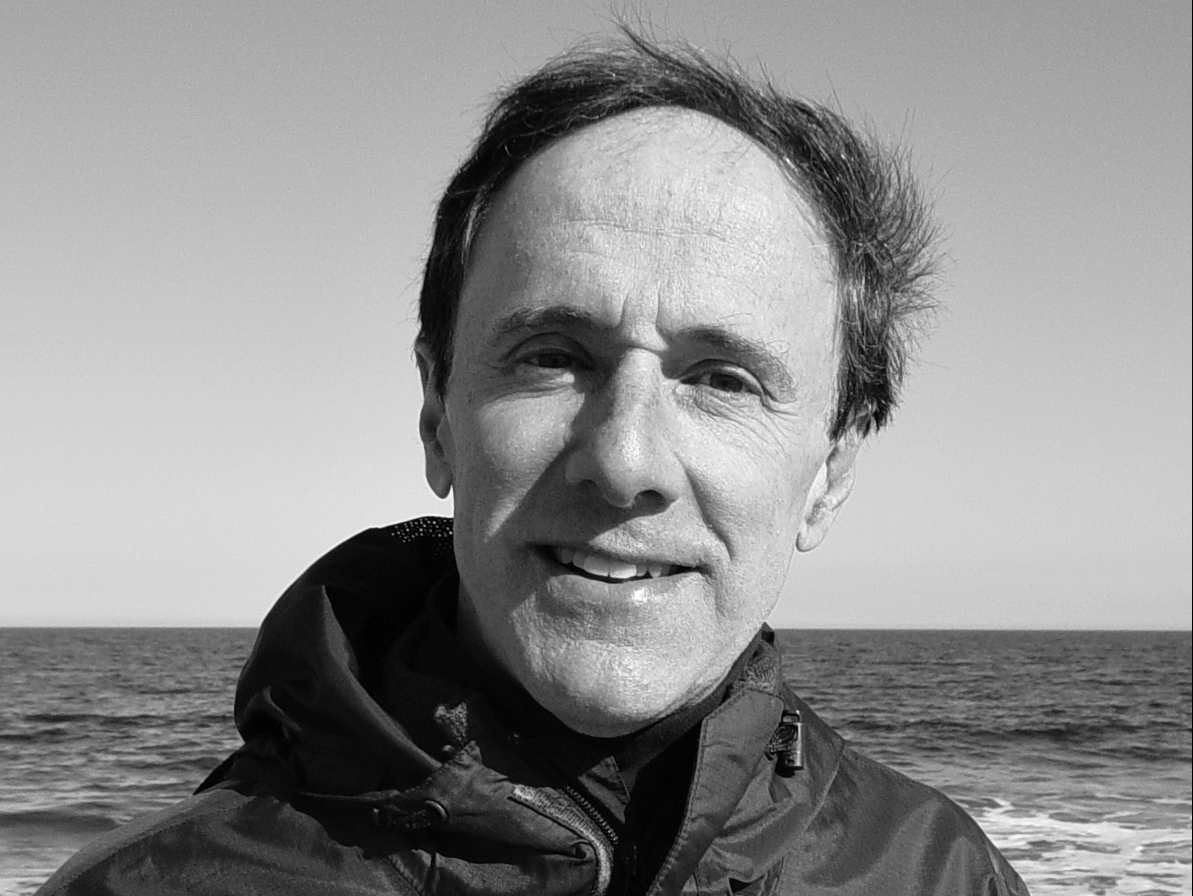 Larry Tye is the author of several biographies, including The Father of Spin: Edward L. Bernays and the Birth of Public Relations, Home Lands: Portraits of the New Jewish Diaspora and Satchel: The Life and Times of an American Legend.

On how Superman changed once he became a big business

"The editors in New York over time started to exercise their editorial control. They saw this as both a character and a business. They would go down to the level of dictating just what his forelocks looked like. They could be too curly. His arms should be shorter and less 'ape-like.' And Joe should get rid of his hero's 'nice fat bottom.' His editor told him that he worried that that made Superman look too 'la-dee-dah.' And they were really concerned about the image of the character. They had a sense of what Lois [Lane] should be. She should be attractive but not too attractive, that Superman ought to make sure that he never lost his manliness and that the character ought to look like what they were getting a read on, on what would sell the best."

On the editors worrying about Superman's appearance

"They were worried that he looked too gay. This was an era and these were publishers that weren't willing to take chances with anything that they saw as risky, and certainly not with their No. 1 money-making character Superman."

The Trouble With Being Superman

"As ridiculous as the fight scenes looked, what topped them was the flying scenes. What he was doing was jumping off a small trampoline and going up into the air as high as he could go, trying to jump through a window. And then they would have him up in this crazy contraption where he was being held above the ground. And once it actually dropped him, it looked about as much as flying as the early movie serials where they have cartoon characters flying. The flight scenes were incredibly ridiculous, and yet we bought it all because we wanted to."

On the 'Superman curse'

"The Superman curse suggests that a couple of things happen to people who play Superman or who are involved with the character at all. The curse actually started with George Reeves as a concept, but it goes back to Jerry and Joe signing away the rights [to Superman] for $130. It picks up with the filming of the 1978 big Christopher Reeve movie where people were hurt on the set: People had accidents, people fell. All things seemed to happen to people who played Superman, including the tragic accident where Christopher Reeve falls off a horse and essentially severs his spinal cord. And it was partly a sense that bad luck happened to these people, and it was partially a sense that anyone who was cast as Superman was typecast and couldn't go on and enjoy a career later on — but it became known as the Superman curse."

Read an excerpt of Superman