Accessibility links
A Whole Lot Of Hollerin' To Save A Dying Art Organizers of the National Hollerin' Contest in Spivey's Corner, N.C., started the annual competition to preserve the disappearing art of hollerin' — a complex form of yelling that sounds like Tarzan's jungle call. 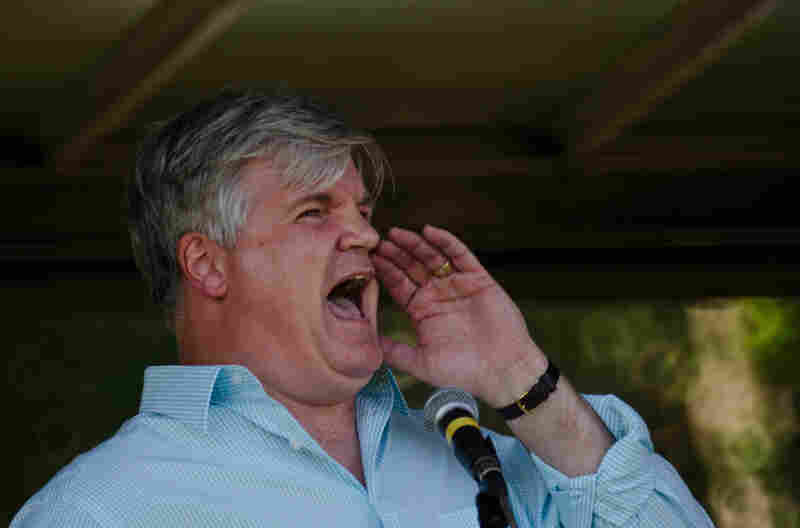 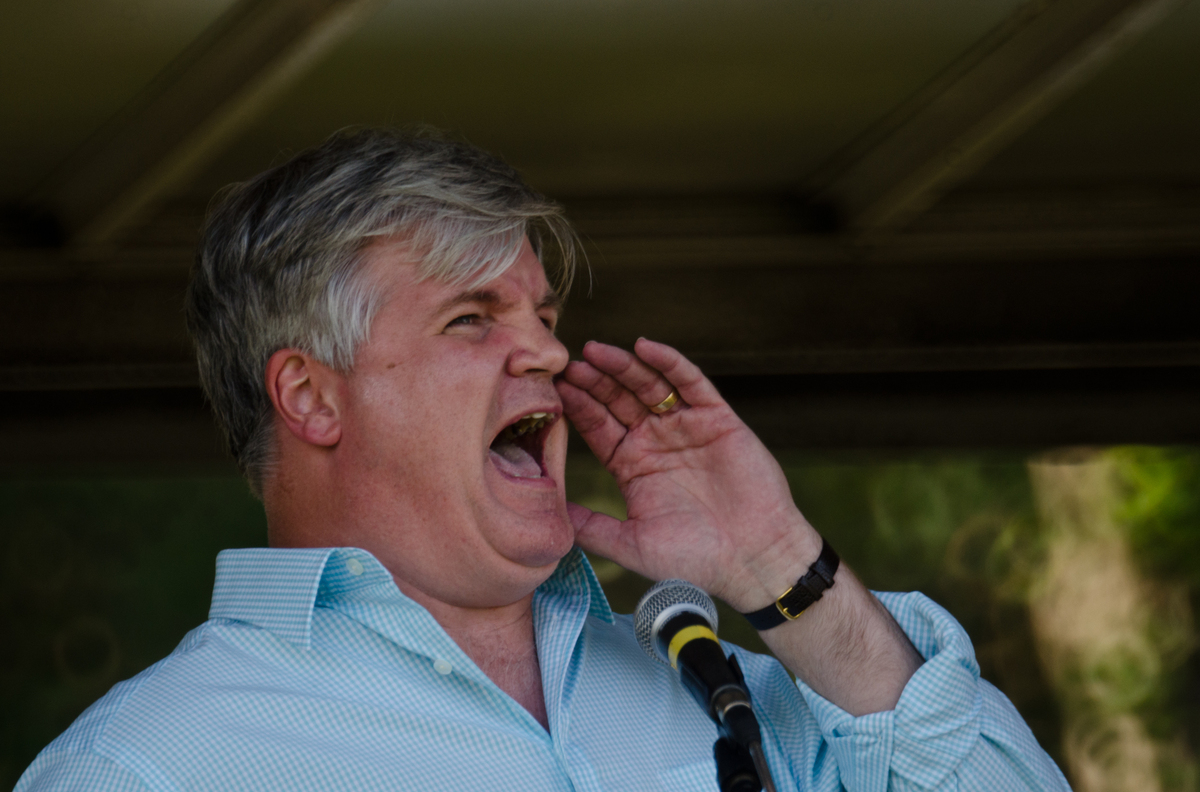 For most young people, "hollerin'," now often shortened to "hollaaa," is part of pop culture slang. But once upon a time, hollerin' brought to mind a different culture.

Drive an hour south of Raleigh, N.C., and you might stumble upon Spivey's Corner. It's a tiny hamlet, not really a town — one stoplight, no post office.

But there is a monument with an engraving that declares Spivey's Corner the "hollerin' captial of the universe." The "t" and the "i" are mixed up, but the point remains: Hollerin' is a point of pride in Spivey's Corner, home of the National Hollerin' Contest.

Larry Jackson, who has won the contest eight times, calls this area home. "I grew up hearing hollerin' when I was a young boy. And the functional hollers were sort of like a language," he explains. "Each holler meant different things, and you communicate from farm to farm and around on the farm. Back before telephones, you know, it was kind of hard to communicate to your neighbor." So, instead folks hollered to say good morning or call out a warning.

See And Hear Hollerin' In Action

This year's winner, Tony Peacock, the first contestant in the above video of the 2009 contest, is a regular competitor at the National Hollerin' Contest. He was a first runner-up in last year's contest.

Kevin Jasper, a four-time champ, compares hollerin' to yodeling. "Where a yodeler will go 'yodel-yodel,' a hollerer won't use his tongue. He'll just go 'oh-oh-oh,' " he says.

A Contest Of A Different Time

Jasper, Jackson and another man, Tony Peacock, have a monopoly on this contest. One of the three has captured the crown every year since 1999.

This year's contest, which was held on Saturday, was no different: Peacock won. But that's a problem for a competition that has been dominated by three men over the age of 50 and has struggled to recruit young talent.

In its heyday, the contest drew crowds of onlookers in the thousands. But just a few hundred turned out over the weekend.

Peacock says the way people communicate today has changed. Plus, many people live in cities, and this piercing sound travels far. "You know, we live a lot closer today, and you have to be respectful of people's personal space," Peacock says.

Organizers say that for the contest to survive, they need more men like Jasper, a self-described "city boy" who lives near Winston-Salem, N.C., about three hours northwest of Spivey's Corner.

Jasper never heard a holler in his life until he saw a contest winner on The Tonight Show with Johnny Carson in the 1970s. At that moment, Jasper resolved to teach himself hollerin' so he too could be a star. He bought a CD with recordings from old experts, and on his commute to work, he would listen to his favorites on repeat, echoing their hollers.

The National Hollerin' Contest began in 1969 to save this endangered form of communication from extinction. But today, it seems the hollerin' contest itself could use a savior. Only seven men competed this year, along with a handful of women and children.

Spivey's Corner hopes to boost turnout by adding exhibits that teach youngsters about the history of the art. Eventually, maybe kids across the country will learn that hollerin' means something more than a lyric in a hip-hop song.