Accessibility links
Killer Mike: On Ronald Reagan And Raising Daughters Atlanta rapper Michael Santiago Render, known professionally as Killer Mike, released his sixth album this month, and his U.S. tour kicks off Tuesday. He explains to Morning Edition that he wants rap music to be embraced like jazz, blues or gospel. "What's more gospel than rap music?" he asks. 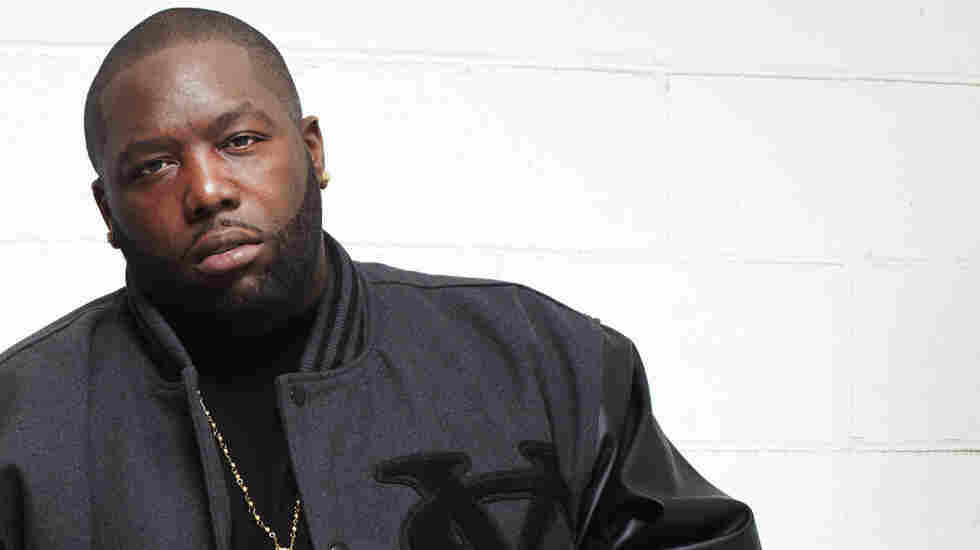 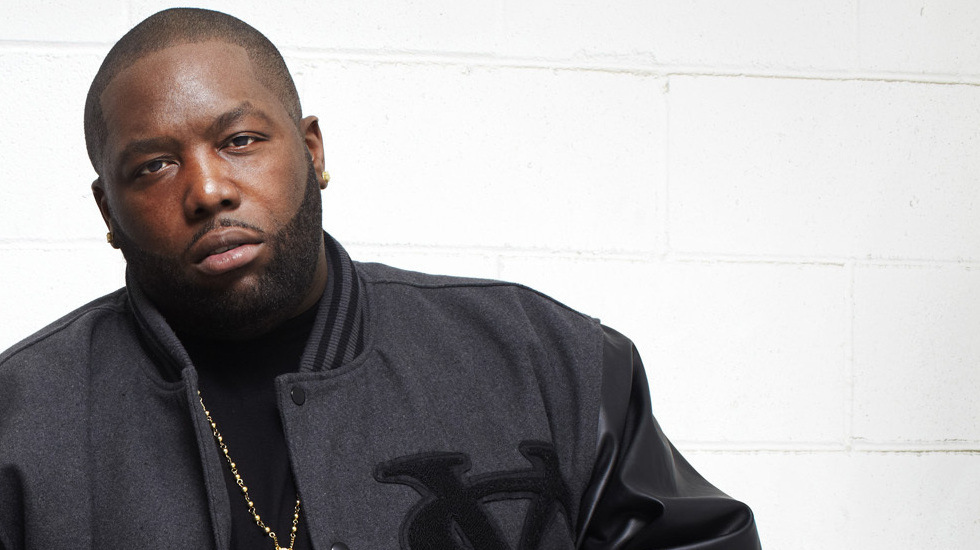 Courtesy of Life and Death PR

Atlanta rapper Michael Santiago Render, known professionally as Killer Mike, released his sixth album this month. It's called R.A.P. Music. The album's title isn't about hip-hop, per se, but refers to an acronym tweeted by another Georgian, a critic named Maurice Garland, two years ago. "He just put it up randomly: 'Rap music is supposed to be Rebellious African People,' " Killer Mike told Morning Edition. "I said, 'Yo, i'm naming my next album that.' "

You can hear a portion of the show's interview with Killer Mike at the audio link, but keep reading for more.

On his album's title

"First of all, all humanity is from Africa, and i think we've been trained to put color on it. But, in terms of the black people who were directly descended from Africa and brought here a few hundred years ago, that voice began in the fields as wailing, which turned into gospel. Gospel got secular and turned into blues, and blues got faster and became rock 'n' roll and became funk and became soul and R&B. What's more American than young people speaking their mind over things they had to create over pots and pans and electronically because music was taken out of schools? What's more American than making something out of nothing? What's more gospel than rap music?"

On celebrating women, especially in his song "Untitled"

"I have not done that at points, but I'm growing, I'm being somewhere else now. I have two daughters now that I'm trying to grow with — not just one daughter I'm trying to feed. I have matured as a man to understand where my suspicion of women comes from, and how that has everything to do with me and nothing to do with them. I have to deal with that.

"So, I'm still me. I can still be a bigoted, hard-headed, sexist man, but what I'm not is a misogynist. I don't see women as lower class or lower than; I see them as partners and equals, and that's beginning to come into fruition into my music. I'm blessed to have grown to this point for a big reason, because I have a woman that has challenged me now and I have two daughters that challenge me constantly to rethink these things."

"I have four children, and I was a terror. My daughters made me believe in a thing called karma. I'll never forget saying to my older daughter, 'Why do you want to go to a Halloween party as Marilyn Monroe? You couldn't think of another woman to be?'

"I gave her the litany of why you should want to be Zora Neale Hurston and Harriet Tubman and Sojourner Truth. I gave it to her, and she turned and looked at me and she said, 'But Dad, Pony Boy is Freddy Krueger. He's Freddy Krueger. You didn't tell him to be Malcolm or Martin or Frederick.' And I just looked at her and said, 'I like the wig.'

"And she went as Marilyn, and what I had to understand from that experience was for her as a young woman, one of her first definitions of beauty are going to be these superstars. This woman has been a definition of beauty for 50 years, and there's nothing I can do to combat that. All I can do is embrace that and tell my daughter, 'You're the most beautiful chocolate Marilyn I've ever seen in my life.' That allowed us to get closer because she could see that her dad didn't have expectations that were beyond her and not for her brothers."

On his song "Reagan," and its meaning

"Ronald Reagan was an actor. He was a pitchman at first, and so people naturally trust him. He understood how to weave magic when he was speaking, and that's what we as entertainers do. So when Jay-Z tells you to buy some Reeboks, it means more. Ronald Reagan at one point was the biggest pitchman in the world. I think that Reagan was used by a political party, by people who had vested means, to push their own agendas. He had his own agendas, and I think that no rapper had ever said, 'I've been guilty of this. I have hurt my community as a rapper.'

"I'm not saying it hypothetically. I have hurt my community. I have to look myself in the mirror and know that, and I have to own that in order to grow past that.

"It's social. Much of my music gets interpreted as political, but it's social. I don't absolve myself from any responsibility, I don't take myself outside the problem. I just say it as a part of it. But, you know, Reagan is an ideology; it isn't just a human. I don't know if any of us know the real human being, besides Nancy, who Reagan really was.

"I think that in a lot of ways we are like that as rappers — no one really knows us. I just wanted to give people my most sincere and honest thoughts, so I hope that the ideology that's Reagan somehow diminishes."

On not joining a political party

"If I tell someone, 'I was listening to NPR,' they're going to naturally assume, 'He's a black liberal, he supports ... ' If I tell someone, 'I was just listening to Fox Radio,' they're going to assume, 'He's a black neo-conservative.' I just listen 'cause I'm curious. I don't want to be married to any ideology, because life is a lot more fluid than that, and I think that we're trained and conditioned in this country to think in teams.

"Even if they don't catch you between football, baseball and basketball as a kid, they catch you in terms of clubs in high school, where you be in the Homemakers Club or Future Business Leaders. What are you gonna be? I just be, and who I can support is based on who I'm being at that time. Who I'm willing to give my vote to, who I'm willing to give my soul to, has to align with my being. It doesn't have to align with a certain title."

On owning a barbershop rather than a vanity label

"I own a barbershop in Atlanta — Graffitis SWAG Shop, 3461 Roosevelt Highway — if you ever get off the airport, come and get your eyebrows arched or something.

"I got tired of the music business, because the music business often turns into the music-scheming business. I wanted to do a business that I knew could sustain in the community, that would be relatively easy to open and operate, and one I was genuinely interested in. In the African-American community, very few businesses are owned by African-Americans, so it begins to bring up the debate of, 'Do you have a community if you don't own the businesses in that community?' But one of the only things that African-Americans still own and operate are barber and beauty shops.

"With barbershops, you have the ability to know what's going on in the community, to influence the community. I want a chance to have my finger on the pulse of the community and at the same time provide jobs and make profit, so I went into that. Some of my next ventures will probably be store ownership, beauty supplies, nails. I want to be where black people are spending money.