Accessibility links
'Many Strands' Of Suu Kyi's Life Unite In Oxford The Burmese pro-democracy leader returned to her alma mater to receive the honorary degree she was unable to collect for more than a decade. Aung San Suu Kyi was a student, wife and mother in the city. A family friend says her time there gave Suu Kyi a tool kit of intellectual and analytical skills. 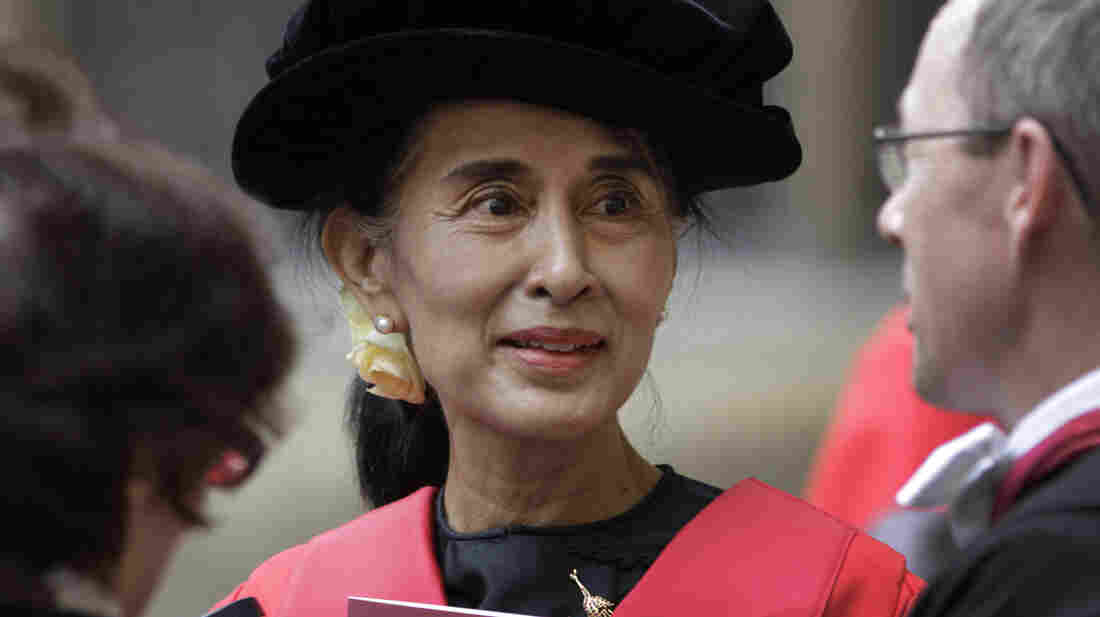 Aung San Suu Kyi finally received her honorary degree from Oxford University after it was initially awarded in 1993. In her speech, Suu Kyi praised Oxford for helping her see humankind at its best during her long years under house arrest in Myanmar. Lefteris Pitarakis/AP hide caption 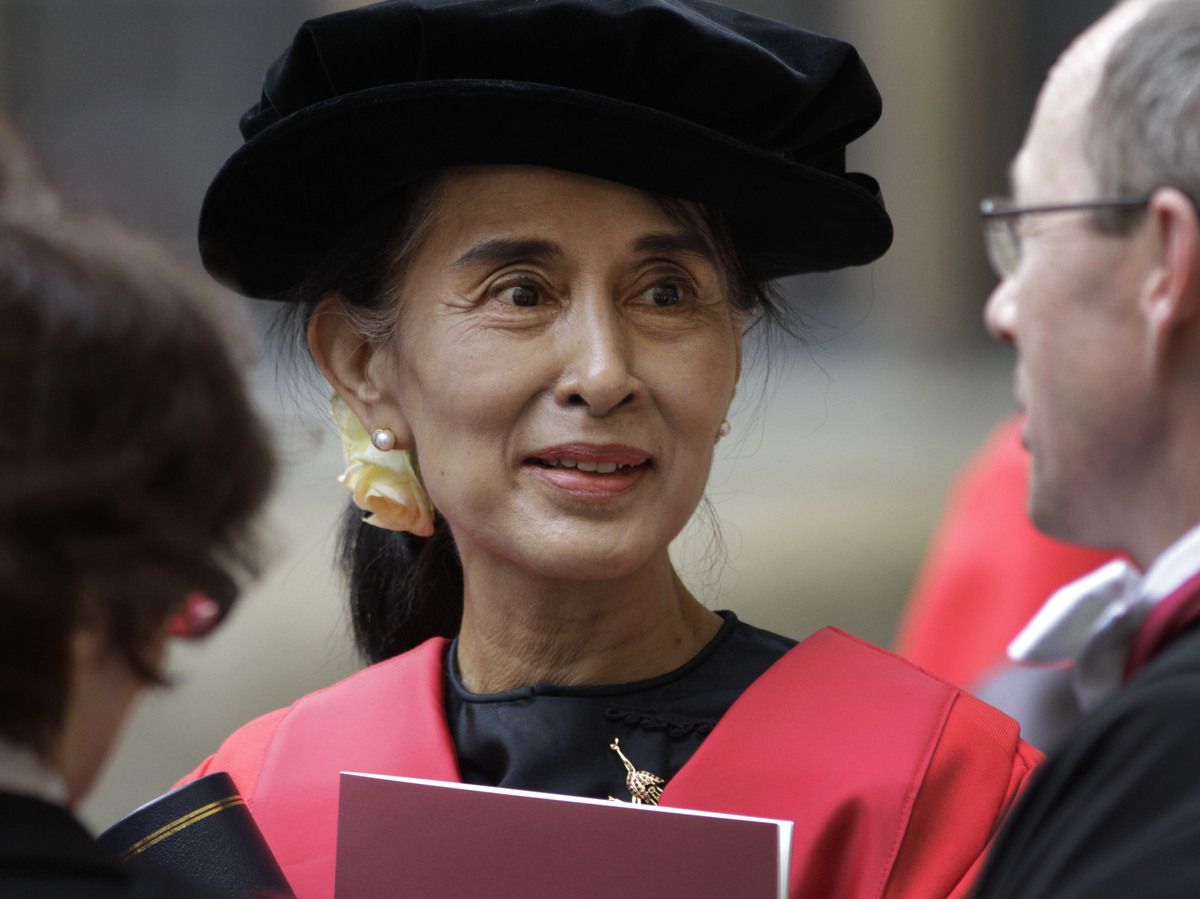 Aung San Suu Kyi finally received her honorary degree from Oxford University after it was initially awarded in 1993. In her speech, Suu Kyi praised Oxford for helping her see humankind at its best during her long years under house arrest in Myanmar.

Aung San Suu Kyi would probably not be the symbol of Burma's quest for democracy without her experiences at Oxford University. She studied there in the 1960s and raised a family there in the '70s.

Suu Kyi returned to her alma mater Wednesday to receive the honorary degree she was unable to collect for more than a decade while under house arrest.

Dressed in a scarlet robe and black felt bonnet, Suu Kyi received her honorary doctorate of civil law at a commencement ceremony in Oxford's Sheldonian Theatre. Harking back to Oxford's medieval traditions, professor Richard Jenkyns welcomed her back in Latin.

"Of necessity, your return here is a public event, observed by many eyes," he said. "But we do not forget that you are also coming back to your old home and to a city full of memories."

A Homecoming Of Sorts

Indeed, compared with previous stops in Europe, including Oslo and Geneva, Suu Kyi seemed visibly more at home at Oxford, as she explained her feelings about her return.

"Today, many strands of my life have come together," she said in a subdued, contemplative voice. "The years that I spent as a student at St. Hugh's, the years I spent at Park Town as a wife and mother, the years I spent under house arrest, when my university, the University of Oxford, stood up and spoke up for me."

Peter Carey, an Asia scholar and family friend from those days, said Suu Kyi started out with a solid understanding of Burmese traditions, to which she added an Oxonian tool kit of intellectual and analytical skills.

Suu Kyi follows in the footsteps of other Asian leaders – India's Jawaharlal Nehru and China's Zhou Enlai, for example — whose studies in Europe helped them to synthesize different cultures and broaden their perspectives.

In the 1970s, Suu Kyi married British academic Michael Aris, a scholar of Himalayan culture and Buddhism, and settled down to raise their two sons in a town house in north Oxford's Park Town neighborhood.

Carey said Suu Kyi knew she was not just the daughter of Burmese independence hero Gen. Aung San, but also the daughter of destiny. She told her husband that her duty to her country might some day separate them, which it did when she returned to Burma in 1988. As he was dying of cancer in 1999, Suu Kyi did not leave the country to see him or her two sons, for fear that she might not be allowed back in.

All Eyes On Burma

Suu Kyi repeated her concern Wednesday that recent political reforms at home have dazzled the outside world into thinking that Burma is a free country and that the road ahead will be smooth.

"Too many people are expecting too much from Burma at this moment," she said. "They think that the road where we are standing is like one of those highways on which I traveled from London to Oxford and almost got carsick."

Jenkyns, the university's orator, acknowledged this, saying that Suu Kyi's friends, family and supporters at Oxford continue to watch her progress with great expectations and a measure of concern.

"Sitting in this theater, we are conscious that we are also spectators of a drama played out in the theater of nations, one whose ending is as yet unsure," he said. "And so for now we wait and hope and pray."