Accessibility links
Vintage Cafe: fun. : World Cafe Some Nights, fun.'s latest album, is a worldwide left-field success, and "We Are Young" became one of 2012's signature anthems. Hear an archived performance and interview with WXPN, recorded during the group's ride to the top of the charts. 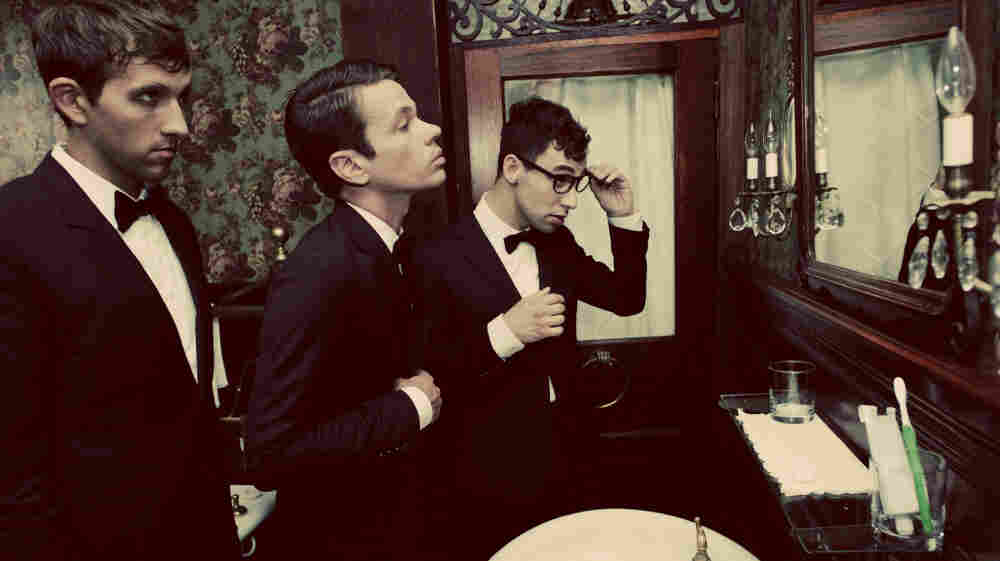 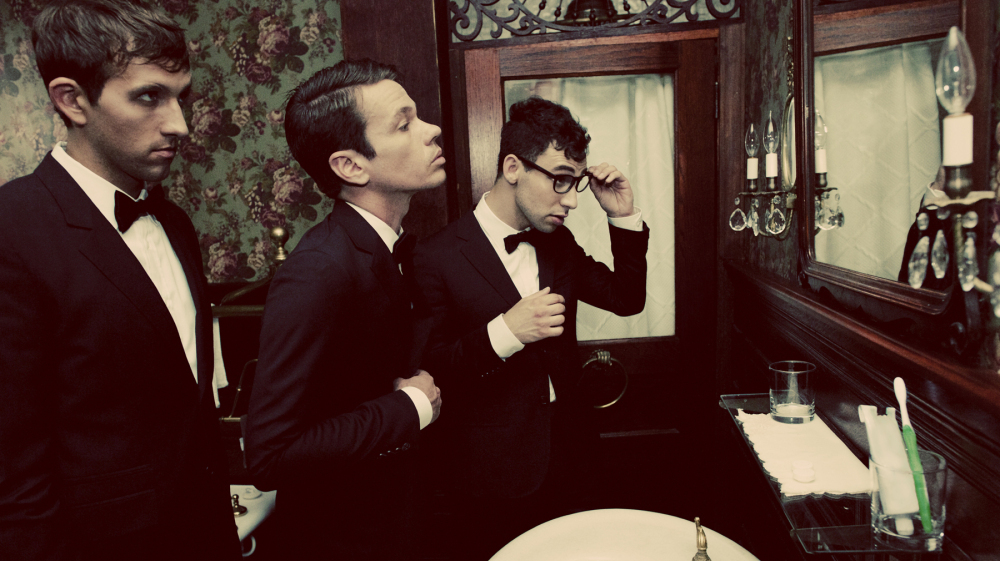 This segment, from March 23, 2012, is part of our Vintage Cafe series, in which we revisit some of our best studio performances.

A New York pop-rock trio with a spunky and theatrical side, fun. began when singer Nate Ruess was coming off the breakup of his long-running band The Format. He invited Andrew Dost of Anathallo and Jack Antonoff of Steel Train to join him in creating a new project, and within a week the three were together on the East Coast, hashing out melodies and instrumentation. Just a few years later, fun. has released two full-length albums, collaborated with Janelle Monae and Panic at the Disco, and topped the charts with its infectious single "We Are Young."

Some Nights, fun.'s new album, is a worldwide left-field success, and "We Are Young," recorded with Monae, became one of 2012's signature anthems. The record was produced by Jeff Bhasker (Kanye West, Beyonce), who helped hone its bold mix of indie pop, theatrical rock and even hip-hop.

In this interview, the members of fun. discuss their use of AutoTune with host David Dye, while Ruess describes the trio's chemistry. And, of course, the band plays songs from Some Nights, including "We Are Young."