Accessibility links
Native American Comic Living The 'Indigenous Dream' Comedian Charlie Hill has been doing standup for more than three decades. Considered a hero in the Native American community, Hill says that he's achieved his dreams — but that the American dream is still out of reach for many Native Americans. 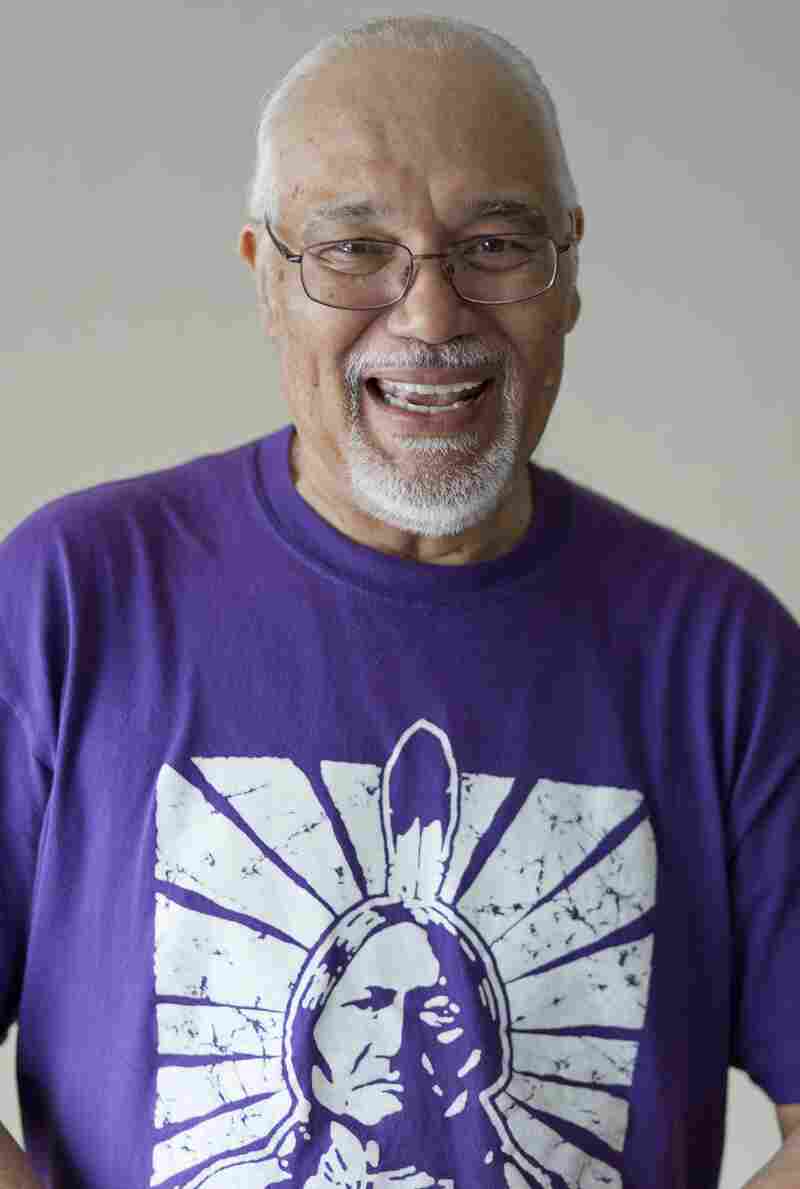 Comedian Charlie Hill says he's achieved the American dream, but that it's been out of reach for many fellow Native Americans. Courtesy of Charlie Hill hide caption 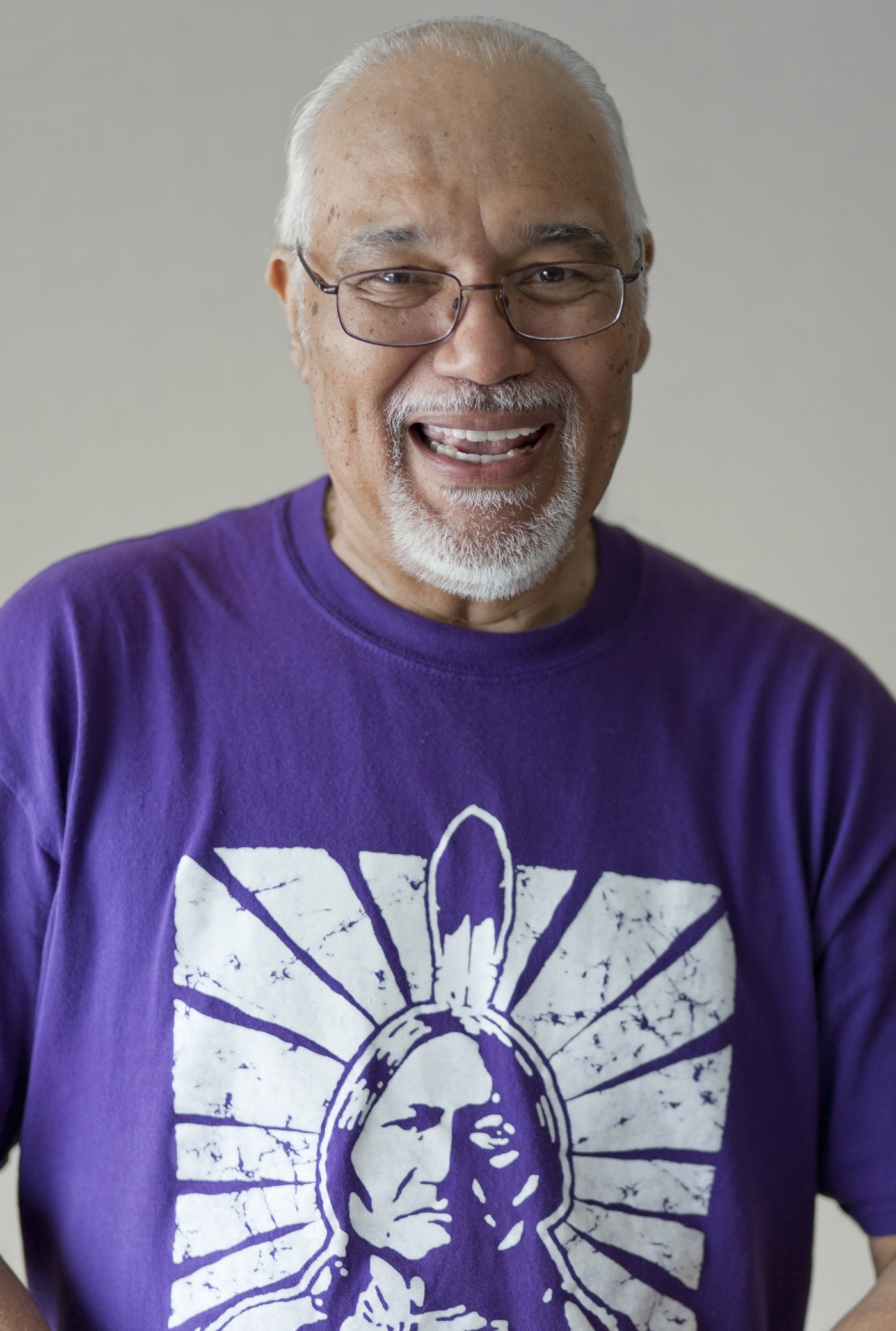 Comedian Charlie Hill says he's achieved the American dream, but that it's been out of reach for many fellow Native Americans.

Actually, make that the "indigenous dream," which he prefers to call it.

In many ways, Hill's comedy is about how native people weren't even allowed to have an American dream. Hill, from the Oneida tribe of Wisconsin, quips in one of his routines: "We used to be from New York. We had a little real estate problem."

Hill made his TV debut on The Richard Pryor Show in the 1970s, and has been on Late Night with David Letterman and The Tonight Show. While he may not be very well known to the general public, to Native Americans, he's a hero.

Perhaps not surprisingly, Hill has mixed feelings about the concept of the American dream. He believes he's attained his — but that it's been out of reach for most Native Americans.

Take the fact that Native Americans have been the source of endless mockery, he says. "They make fun of the way we dance, we sing, our drum, our names, our religion, our rituals — you name it."

So one of Hill's dreams was to turn that humor around. "My whole thing is to get people to laugh with us, not at us," he says.

Hollywood stereotypes have offered Hill a deep well from which to draw jokes. He re-creates the dialogue from old Westerns, but always gives the Indians the last laugh.

Hill knew he wanted to be a standup comedian when he was a little boy. Jackie Gleason, Jack Paar and Johnny Carson were some of his favorite comedians. Watching them on television, Hill remembers thinking, "How do I learn how to do that? How do I get in there? How do I get in that box?"

To get closer to getting "in that box," Hill started writing down every joke he heard. "I inadvertently taught myself how to write because of writing down jokes," he says.

Later, he headed to Los Angeles, equipped with only a backpack and a hand drum from his father. He started hanging out at the club The Comedy Store, where he met David Letterman, Richard Pryor and Michael Keaton.

Once Pryor and Letterman had their own television shows, they invited Hill on as a guest. He's been doing standup ever since.

"If the American dream means you can become anything you want, I believe that," Hill says.

Hill made his television debut on NBC's The Richard Pryor Show in 1977.

But he also stresses that it wouldn't have been possible for him without help from other comedians, as well as other prominent Native Americans like the late writer Vine Deloria Jr., and singer Buffy Sainte-Marie.

The Native American community has been very good to him, and vice versa, Hill says. He often shows up at Native American conventions and political events, and he once appeared on a Canadian TV show wearing a Redskins jersey, singing, "I got those reservation blues."

In 1999, filmmaker Sandy Osawa — a member of the Makah tribe — made a documentary about Hill, On and Off the Res. Osawa says Hill is respected as "an innovator" in Native American communities for showing the wider public that they have a sense of humor.

Like Hill, Osawa believes in the American dream. But she thinks the definition of it is different for Native Americans, in that it's not tied to "individual pursuits" but rather to the well-being of the tribe.

"There's a strong connection to your tribal community, to your family life," Osawa says. "You have something that you look at that's greater than yourself."

For his part, Hill says he tries to live like a fairly traditional Native American. His wife is Navajo, and their four children speak her language. He still travels to Los Angeles for work, but his home is on the Oneida reservation in Wisconsin.

"You can't get any closer to the American dream than that," he says.