Accessibility links
Delacorte Theater: 50 Years Later, Still Free, Still Battling The Weather This summer marks the half-century anniversary of Central Park's Delacorte Theater, home of the free annual Shakespeare in the Park. Jeff Lunden looks at the theater's beginnings and how it continues its work today with a new production of As You Like It. 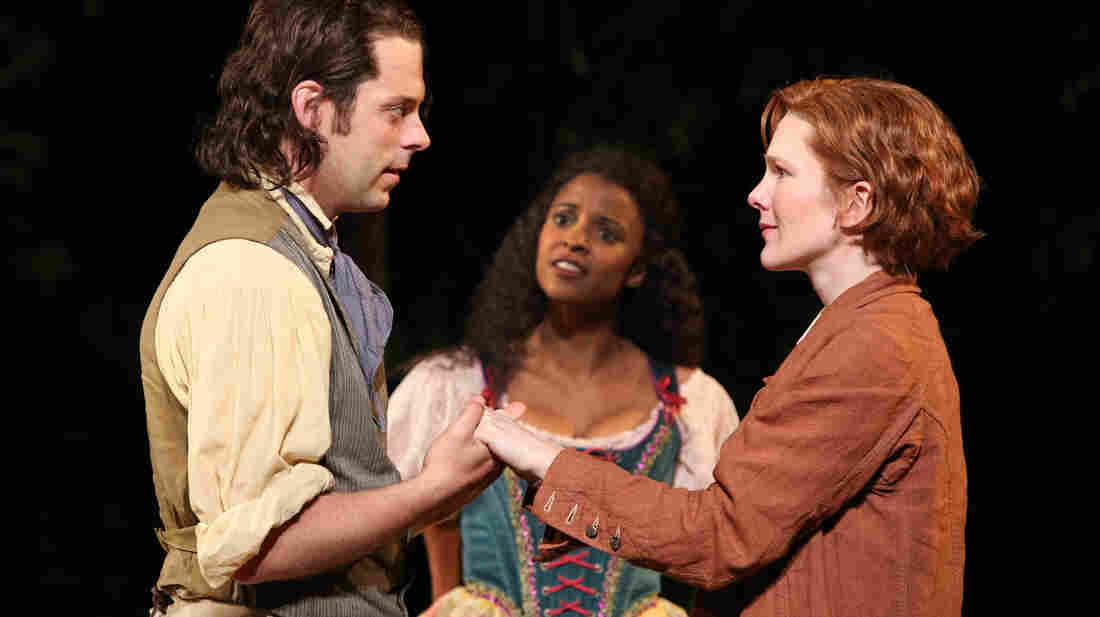 On Monday evening, one of New York's most cherished cultural institutions celebrated an anniversary. The Delacorte Theater, home of the free annual Shakespeare in the Park, turned 50, and Meryl Streep and Kevin Kline led an all-star cast in a staged reading of Romeo and Juliet.

When Kline was still a student in the drama program at The Juilliard School, he made his professional debut at the Delacorte. "My first job was carrying a spear in Richard III," he remembers. 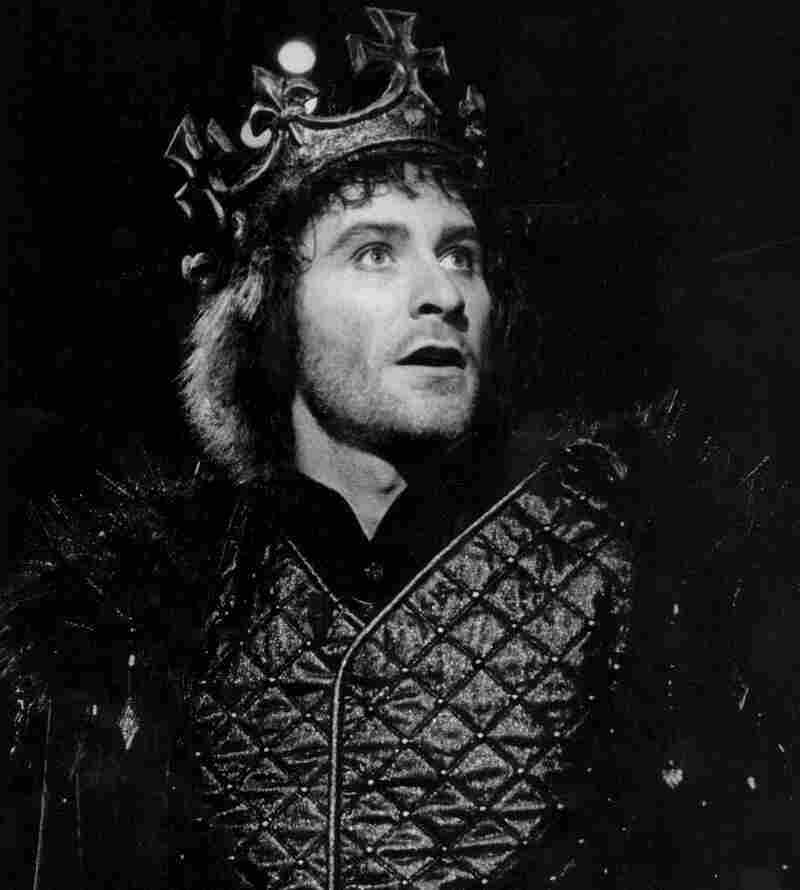 Kevin Kline in the 1983 Shakespeare in the Park production of Richard III, years after his first job at the Delacorte Theater carrying a spear in a different production of the same play. Martha Swope/New York Public Library hide caption 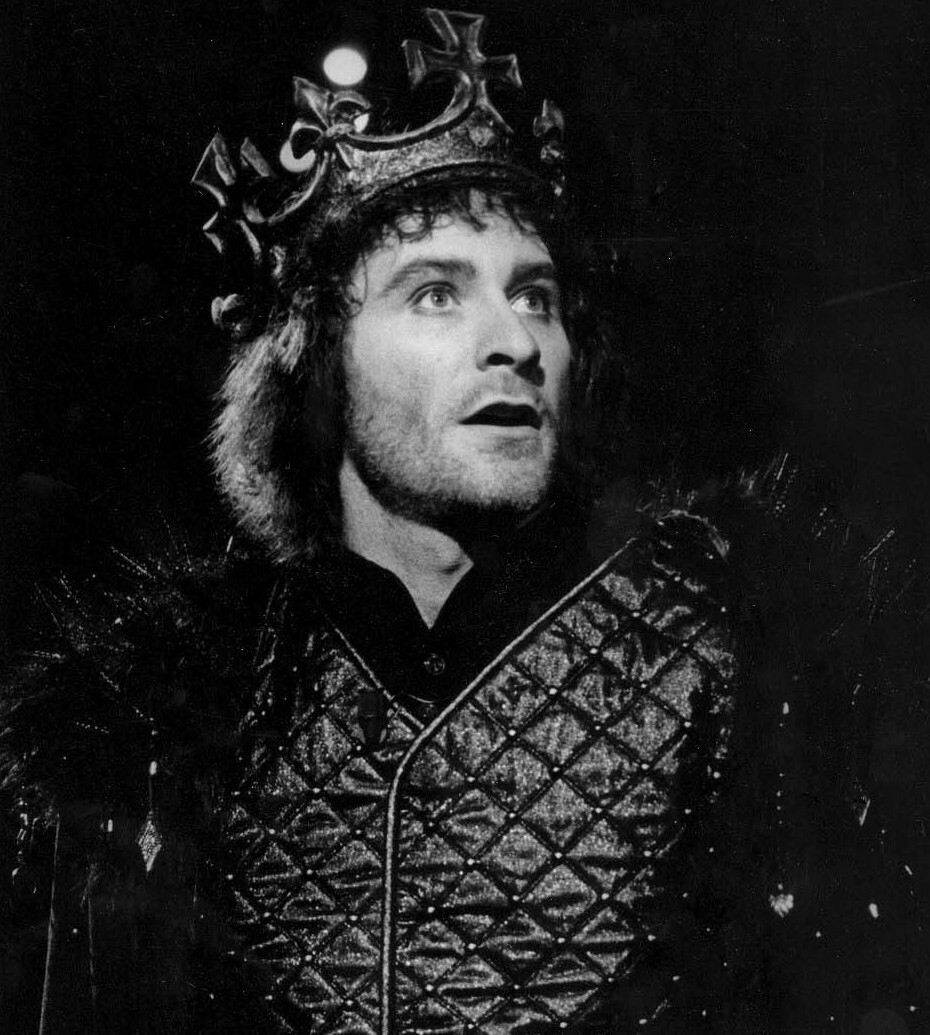 Kevin Kline in the 1983 Shakespeare in the Park production of Richard III, years after his first job at the Delacorte Theater carrying a spear in a different production of the same play.

Since then, the actor has spent many summers performing Shakespeare and Chekhov, Brecht and Gilbert and Sullivan at the Delacorte.

"We keep returning because it is a special, magical experience," he says. "When the weather is right, when the production is right, when things are going well, they go better outdoors in the middle of Central Park in the Delacorte. And it's a testament to Joe Papp's vision, the fact that it's free."

The late producer Joseph Papp, who grew up in Brooklyn, never forgot seeing free band concerts in the park as a child. As a young man, Papp decided he wanted to bring free Shakespeare to New Yorkers, explains Oskar Eustis, the artistic director of the Public Theater, which operates the Delacorte.

"It was the idea that culture in a democracy should be the property of all the people," Eustis says, "regardless of their educational attainment, regardless of their financial status or class status — that everybody had the right to own the best that our culture had to offer. And it's a beautiful vision that still lives."

Papp started by having a multicultural troupe of actors perform in a band shell by the East River in 1956. Then the company expanded, presenting Shakespeare on a truck that toured the city.

Shakespeare In The Park 2012

'All The World's A Stage'

One of the stops was in Central Park, on a spot by a small lake with a little castle above it. Papp wanted to build a permanent theater there but ran into some trouble, says Eustis.

"In 1959, Robert Moses, the all-powerful commissioner of parks in New York City, decided that if we wanted to do Shakespeare in the Park, we had to charge money for it and split it with the parks department so that they could reseed the grass. Joe Papp said no."

Papp took Moses to court — and not only did he win, but he also got the city to build the 1,800-seat amphitheater on the site. And on June 18, 1962, the Delacorte opened with The Merchant of Venice, starring George C. Scott and a young James Earl Jones. Since then, over 5 million tickets have been handed out for more than 150 productions at the theater.

Eustis says one of the beauties of free Shakespeare in the Park is it's in the center of Manhattan: "You're in this beautiful park, but you can also see the skyline of downtown and midtown below you; you can see the apartments on the east side and the west side of the park. You see the planes and helicopters going overhead, sometimes to our distress. You're not excluded from the life of the city; you're at the heart of the life of the city, seeing great art."

Another unique feature is the roster of great actors performing the plays, says Jesse L. Martin; best known for his nine seasons on Law and Order, the actor appeared in The Merchant of Venice and The Winter's Tale two summers ago.

"They get the best actors in the world to come and do these plays for almost no money," Martin says. "People like Morgan Freeman, Kevin Kline, Tracey Ullman, John Lithgow, Denzel Washington, Meryl Streep." 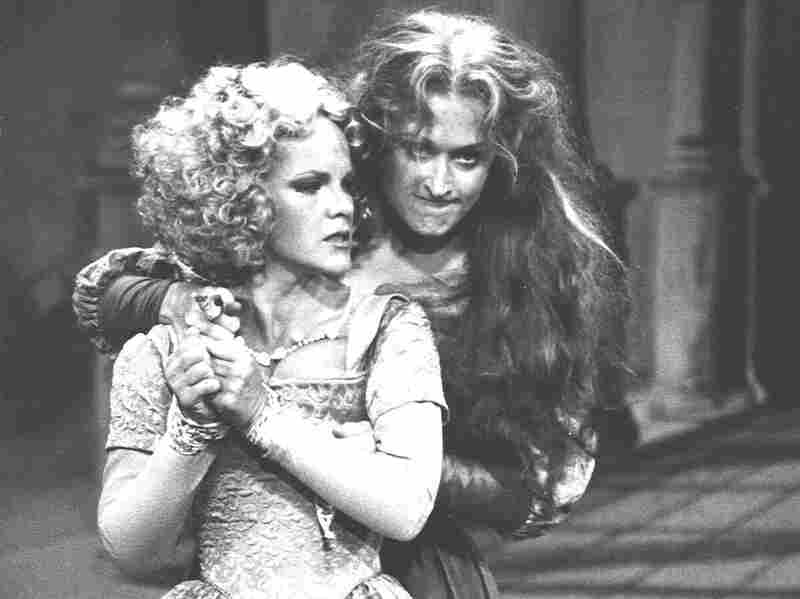 Deborah Rush and Meryl Streep in the 1978 Shakespeare in the Park production of The Taming of the Shrew. Streep did a reading of Romeo and Juliet with Kline on June 18, to mark the Delacorte's 50th anniversary. George E. Joseph/New York Public Library hide caption 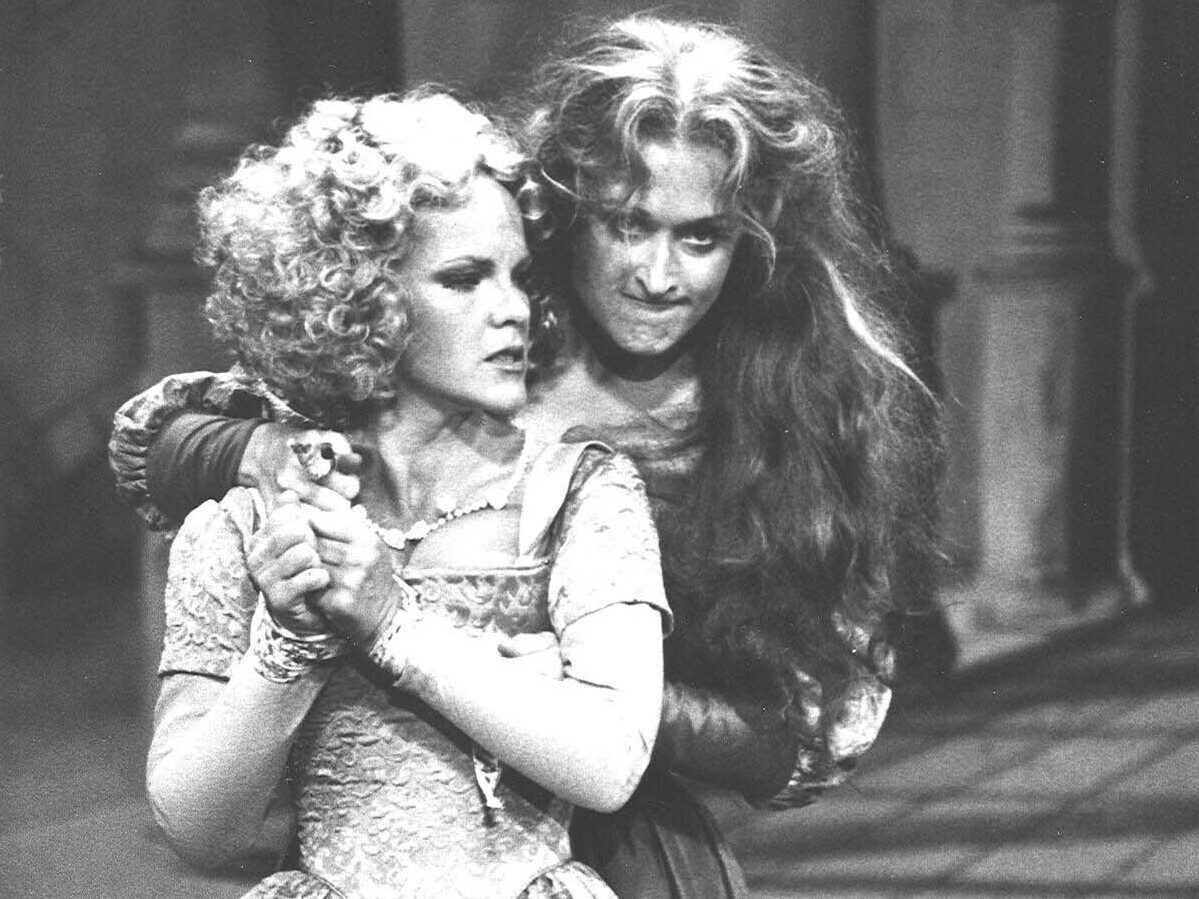 Deborah Rush and Meryl Streep in the 1978 Shakespeare in the Park production of The Taming of the Shrew. Streep did a reading of Romeo and Juliet with Kline on June 18, to mark the Delacorte's 50th anniversary.

"People in the park, in the audience, feel they are in the play," she says. "They're in it with you; you're sharing this experience."

That's because in the open-air theater, anything can happen. Six years ago, Streep and Kevin Kline performed in Bertolt Brecht's Mother Courage and Her Children — a play set during the Thirty Years War. The two say they were constantly at war with the weather.

"It was the rainiest summer New York had ever seen," Streep remembers. "And we just decided to go on, because it's war and we all look like hell anyway – it wasn't like we were trying to preserve glamour!"

Lily Rabe, who's currently playing Rosalind in As You Like It, says in addition to dealing with the weather, she has waited in the wings with a raccoon that wandered in from the park. But then, Rabe says, nature and Shakespeare are a perfect fit.

"Shakespeare writes so much about things like the sky, and you get to just look up and it's right there for you! And it's pretty miraculous."