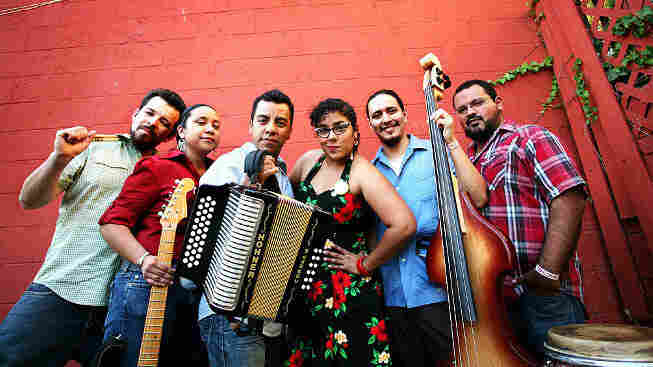 Named for the patron saint of musicians, La Santa Cecilia has deep roots in the immigrant community of Los Angeles. Yet the band's six members draw inspiration not only from their rich heritage, but also from their everyday lives growing up embedded in American culture.

During a short, recent trip to historic Olvera Street in downtown L.A. — "It's a little street with little shops resembling any town in Mexico or Latin America" — singer Marisol Hernandez describes the hopes and dreams the city represents.

"We want La Santa Cecilia to grow," Hernandez says. "We want to travel. We want to fulfill our dreams of playing music and also representing who we are. [We were] born here from immigrant parents. All of us kids who were brought here when we were young feel a real strong tie to where our parents came from, but [we also feel] a root, a tie and a love for the States, for being from the United States, and for having opportunities and taking advantage of that."