Accessibility links
Digital Domain Grapples With Fur, Feathers A Venice, Calif., special-effects house has cornered the market on some of the most difficult FX — from rain to the human likeness. NPR's Melissa Block visits Digital Domain's artists as they grapple with their latest challenge. 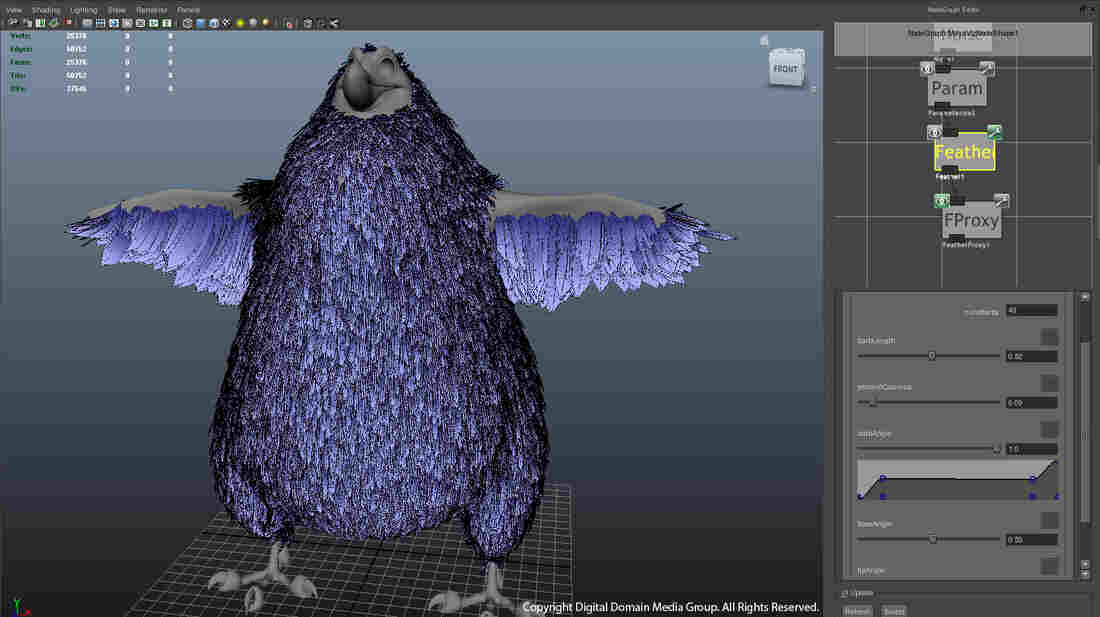 Gesundheit: Kichaa is the name of one of the animated characters causing consternation among the animators at Digital Domain. He's featured in the upcoming film The Legend of Tembo. Digital Domain hide caption 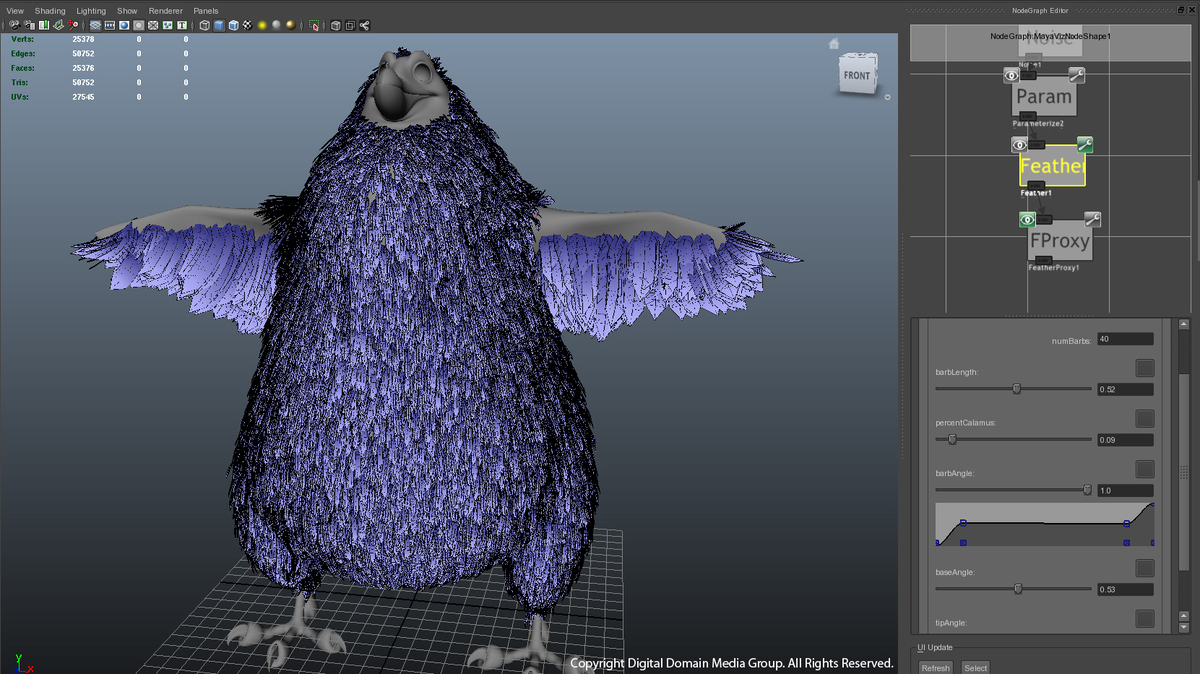 Gesundheit: Kichaa is the name of one of the animated characters causing consternation among the animators at Digital Domain. He's featured in the upcoming film The Legend of Tembo.

You may not have heard of the special-effects studio Digital Domain, but you've probably seen their work. They sank the Titanic for James Cameron; they aged Brad Pitt backward in The Curious Case of Benjamin Button. Most recently, their virtual likeness of the late Tupac Shakur performed in concert.

Having worked those wonders, they're tackling thornier challenges: fur and feathers.

At a meeting in Digital Domain's headquarters in Venice, Calif., NPR's Melissa Block looks on as members of the development team — some gathered virtually, piped in from North Carolina, Vancouver, even Sweden — grapple with an upcoming animated film called The Legend of Tembo. They're trying to get fur and feathers to behave. Until they can control those, the artists aren't going to be happy.

"It looks like something that's been hit by a Mack truck," says artist Sho Igarashi, about one of the images. "It's like roadkill, and you don't want to look at it."

Digital Domain demonstrates the sorts of things its animators can do.

"Are we talking about the general directionality of, say, fur or feathers?" asks Igarashi. "Because if that's the case, a lot of complication gets introduced by the artist. We break stuff. That's what we're good for — breaking things."

In other words: To get the look they want, the computer graphics artists will break the laws of physics.

The artists are wrestling with a concept they call "de-interpenetration." Interpenetration means that on, say, an animated bird, a digital feather will appear to move right through another one — something that can't happen in the real world.

"If I take my two fingers and I smash them [together], they'll never go through each other," explains Daniel Lay, a digital hair artist who sometimes does feathers. "In a computer world, anything goes through each other."

Igarashi adds: "A simplified way of looking at it might be, if you're wearing your sweater over your dress, and all of a sudden, for some magical reason, your dress starts to come through your sweater."

"It's a big problem. And if we don't solve that problem, then people are going to notice," says Lay.

What would that look like? "You'd be watching this movie, with ... the two feathered characters talking to each other about something bad about to happen," says Lay, "and then you don't even listen to that conversation at all because you see those feathers going through each other. It's just going to be very distracting."

An animator can adjust those feathers by hand, one at a time. But there's a domino effect: You fix one feather, you create problems with thousands more.

"You'll see it, and it will drive you crazy," says Doug Roble, Digital Domain's creative director of software. "That's the computational problem that we really have to follow here." 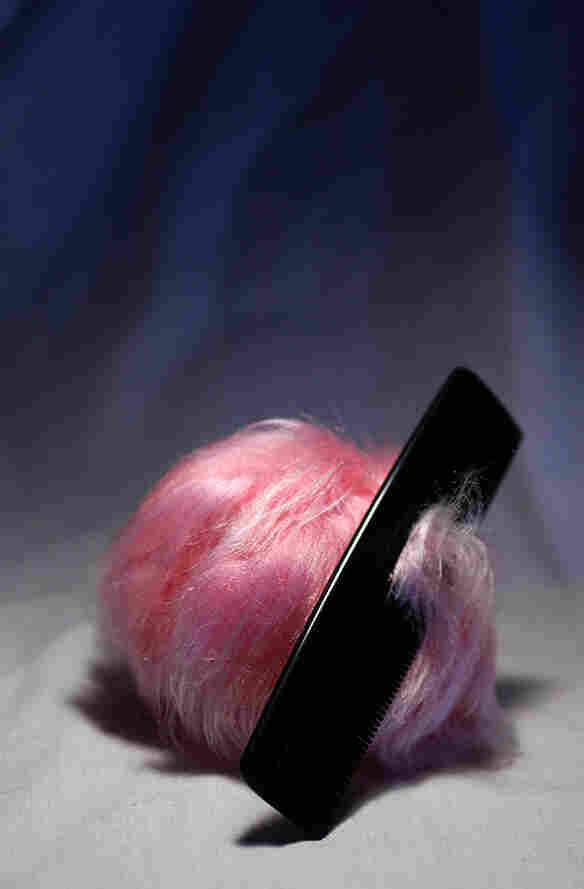 Try this at home. But be warned: It can't be done. Keenan Crane hide caption 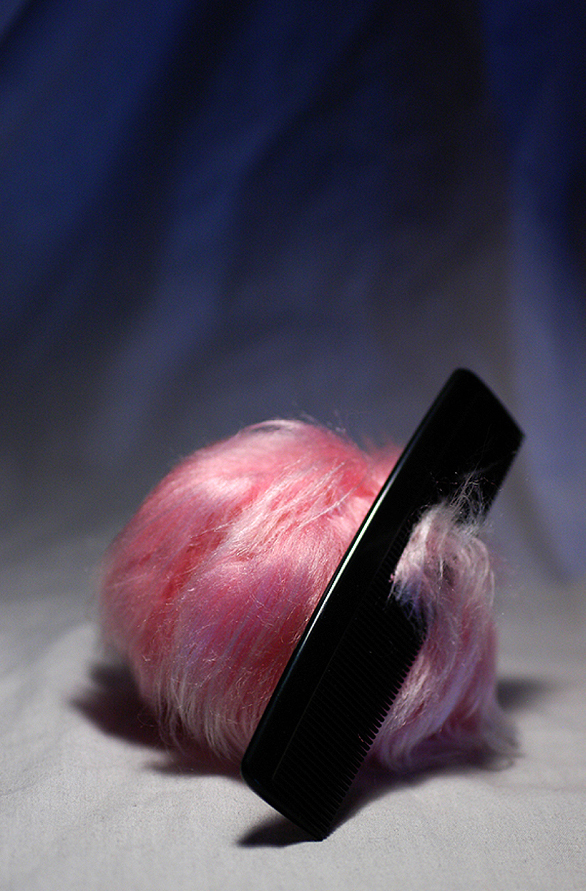 Try this at home. But be warned: It can't be done.

'You Can't Comb A Sphere Flat'

Roble says the fix for this dilemma can be found in one mathematical theorem. "It's a famous theorem. The mathematicians, I think they did it as a joke to make people say it: It's called the 'Hairy Ball Theorem.' It really is — look on Wikipedia. The Hairy Ball Theorem is a very famous thing: You can't comb a sphere flat."

It's true — true in nature, true in animation. In layman's terms: Take a sphere, cover it with fur or hair, and try to comb it all in one direction. You can't do it. You'll end up somewhere with a cowlick, some point where the hairs — the vectors — collide.

The same goes with feathers, Roble says. "Controlling the direction of things in computer graphics is huge. It's a monstrous thing."

But Digital Domain has developed software that lets them control the layout — to, say, tuck that cowlick where you won't notice it.

Roble and his team are looking over their shoulders at the competition — like Tangled, the Disney movie about Rapunzel and her magical hair, and Brave, with the feisty Scottish princess and her explosion of curly red hair.

But though Roble admires Tangled, Brave and the animated bird movie Rio, he wants The Legend of Tembo to give viewers more realism.

"What I hope they take away is, wow, National Geographic -- that looks like a real bird — until something crazy happens to it. And that's the ultimate goal — just to go, 'Wow, how'd they do that?' "

That's why artist Daniel Lay carries a big book of bird photographs, The Audubon Definitive Visual Guide, to learn from real birds how they work.

"Sometimes I see a duck that's in a pond, and I see them shake the water off, and I'm like, 'How do all those feathers come back together?' Because if you gave us that shot in a film, that would take us months to finish."

"We're spending all our time trying to bring in this realism, and then we're doing it on something that is totally unreal. That's where we have these conversations: 'Hey, what happens to your feather system when there's this pinching in the corner of his mouth?' Or 'When this chin drops into his fat chest here, what are we going to do with those feathers?' "

"When he's making an angry look, he's furrowing his brow and baring his teeth, which birds don't do because they don't have teeth," says the artist Sho Igarashi.

Lay pulls up an image on the computer. It's the character that's bedeviling them: a gray, fat, naked bird making wacky expressions. "An animator is going to want to have those extreme poses, and we're going to have to account, because there's going to be all these feathers in between — how do we de-interpenetrate that?"

The march of technology, and the audience's appetite for ever more spectacular blockbusters, means new challenges all the time.

"We're still at the tip of the iceberg," says Lay. "If you look at 10 years ago, Jurassic Park was an amazing film that came out, and we thought, 'That's it! That's the best!' And then the next year, something else comes out."

Now films like Avatar are pushing the state of the art.

"And so the bar keeps getting raised higher and higher," Lay says.

"It's always a visual-effects space race of sorts," Igarashi adds.

They're racing against time, too. The Legend of Tembo is scheduled to come out in 2014. Keep an eye on the feathers.