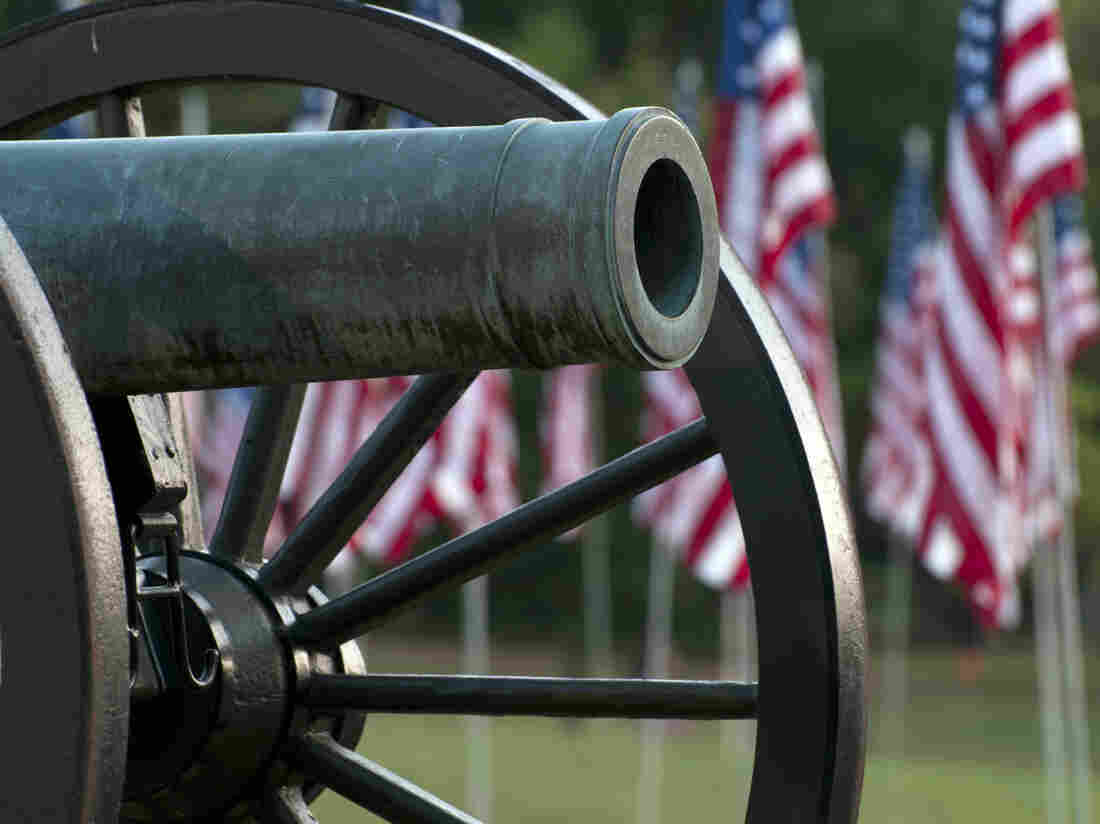 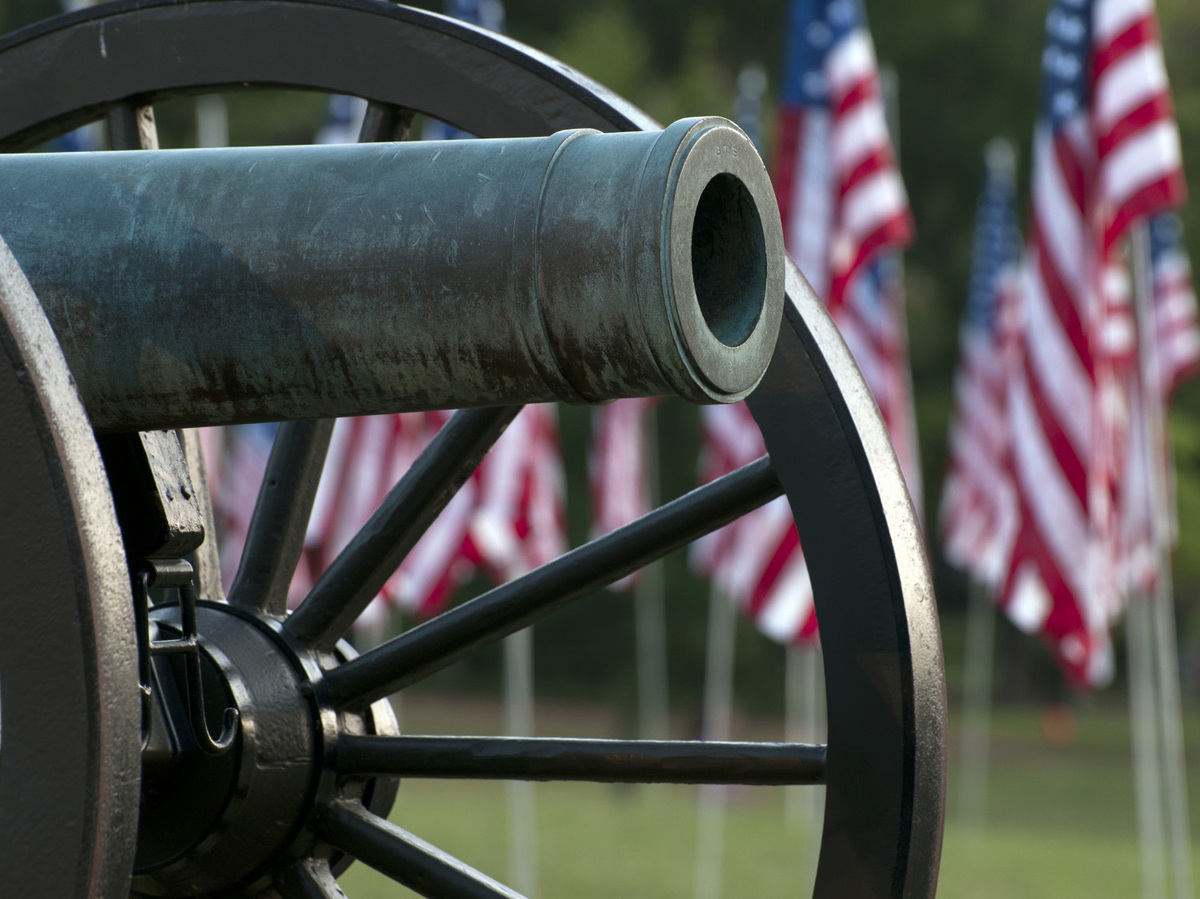 A Civil War cannon with American flags in Kennesaw, Ga.

Pyotr Ilyich Tchaikovsky wrote his piece The Year 1812, Festival Overture in E flat major in commemoration of the Russian Army's successful defense of Moscow against Napoleon's advancing troops at the Battle of Borodino. Most Americans, however, know the piece as the bombastic tune that accompanies Fourth of July fireworks shows all over the country. Jan Swafford, a professor at the Boston Conservatory, says there are a handful of reasons why Americans have adopted it as their own.

"Arthur Fiedler, in the '70s — I think '77 — started doing it with the Boston Pops and it was a gigantic success," Swafford tells NPR's Guy Raz. "There are two things about it: It has fireworks built in, so in that sense it's a natural. And it has an enormous, patriotic, celebratory quality, no matter what it's celebrating, and that's certainly relevant. And, you know, by the time it comes around with the fireworks at the Fourth of July, everybody's pretty drunk anyways. It's a fantastic climax for the evening, this explosion of joy and fireworks and cannons."