Accessibility links
Taboo Revival: Talking Private Parts In Public Places Earlier this month, there was a national uproar when a Michigan state legislator was disciplined for using a clinical sexual term during a debate. According to linguist Geoff Nunberg, it was just one of many such incidents that reflect a trend he calls the New Reticence. 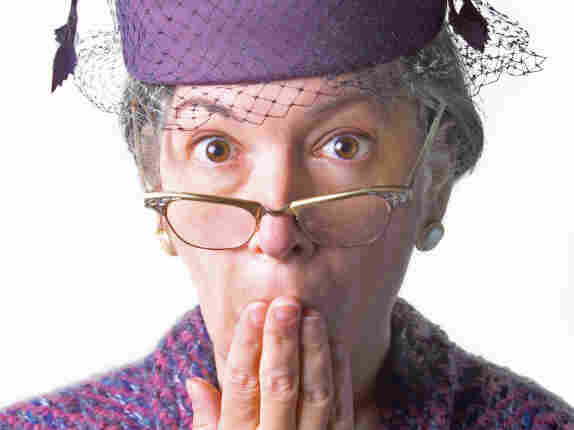 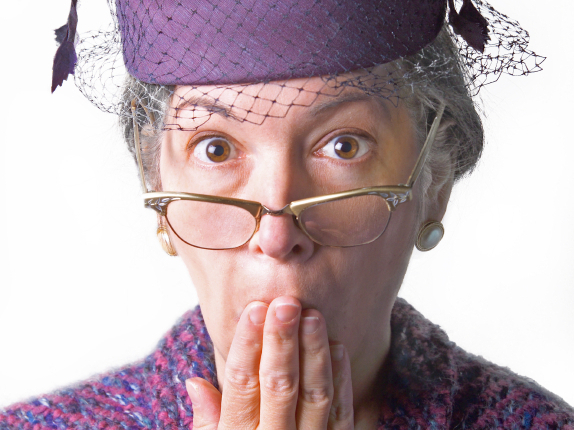 Geoff Nunberg is the linguist contributor on NPR's Fresh Air. His new book, Ascent of the A-Word, will be appearing this summer.

It was one of those moments when anatomical correctness and cultural correctness come head-to-head. The Michigan Legislature was debating a bill that prescribes sweeping new restrictions on abortion, and Democratic state Rep. Lisa Brown was speaking in passionate opposition. In concluding, she said, "I'm flattered that you're all so interested in my vagina, but 'no' means 'no.' " In response, the leadership of the Republican majority banned her from speaking again on the floor of the House. They insisted that they weren't silencing her because of her language, but only because she had thrown an unprofessional temper tantrum. But nobody really doubts that it was the word "vagina" that got to them. That's what led Republican Rep. Mike Callton to say that what Brown said was so offensive that he wouldn't say it in mixed company. I don't think he would have found it so outrageous if instead of "vagina" Brown had said "down there."

But then, "vagina" makes a lot of people uncomfortable. On the Web, you sometimes see it written with dashes or asterisks. Or sometimes it's even followed with "pardon my French," which is ordinarily an apology you tack onto an Anglo-Saxon word, not a Latin one.

Call it the New Reticence — a distaste for explicit discussions of sexual matters in public, even in the most antiseptic terms. The aversion goes well beyond the V-word. In the Florida Legislature last year, a Democratic representative charged that the Republicans were more friendly to corporations than to ordinary people and joked he was going to ask his wife to incorporate her uterus so Republicans would stop restricting abortions. The Republican speaker's office reprimanded him for using what they called inappropriate language. That struck me as a bit of an overreaction. I mean, it wasn't as if he had used the four-letter Anglo-Saxon word for that part of the body — you know, "womb."

Men's anatomy comes in for this treatment, too. A couple of years ago, Virginia Gov. Tim Kaine submitted a budget that eliminated state employees' health coverage for erectile dysfunction drugs like Viagra. The Legislature restored the cuts but rewrote the budget to refer just to "ED drugs." I'm not sure what they had in mind by that. You'd figure that anybody who knows the meaning of the words "erectile dysfunction" probably doesn't need to be protected from them. But in the current cultural climate, even euphemisms need euphemisms.

There have always been a lot of Americans who are troubled by the clinical discussions of sex in public life. They suspect — and with some cause — that tricking sexuality out in a lab coat is a way of detaching it from the moral control of the family and the community.

The New Reticence has old roots. To the Victorians, a work could be held obscene or indecent simply because it dealt with a topic like sexual hygiene, prostitution or seduction, however decorously it described them. In 1914, Margaret Sanger was prosecuted for obscenity when she published a book advocating birth control. But the Victorian taboos were beginning to fray. By the 1920s, sex was an acceptable dinner party topic in sophisticated circles so long as it was described in an appropriately clinical way. That was when terms like "fellatio," "homosexual" and "orgasm" entered the educated vocabulary, while the category of obscenity was narrowed to the vulgar terms for sex and the body — what people started to refer to as the "four-letter words." It was the beginning of the long revolution in American mores that the historian Rochelle Gurstein described in a book called The Repeal of Reticence. From Freud and Sanger to Kinsey and Masters and Johnson to Dr. Ruth and Eve Ensler — with every generation, our public discussions of sex have grown freer and more open.

But not everybody has embraced that spirit of candor. There have always been a lot of Americans who are troubled by the clinical discussions of sex in public life. They suspect — and with some cause — that tricking sexuality out in a lab coat is a way of detaching it from the moral control of the family and the community. I don't know whether those people are more numerous now than they used to be. But they're clearly better organized and more audible. And they're increasingly wielding the conversational gavel, sometimes literally.

Not that we're at the point of sweeping all those delicate topics back under a Victorian rug. But it's striking how many people in the media and public life have become more circumspect in the way they talk about sex. This isn't just about George Carlin's seven words anymore.