Accessibility links
FBI Tracking 100 Suspected Extremists In Military At least a dozen of the cases are full-blown investigations of possible Muslim radicals in the military community. The stepped-up scrutiny comes in the wake of the 2009 mass shooting at Fort Hood, Texas, that left 13 dead. 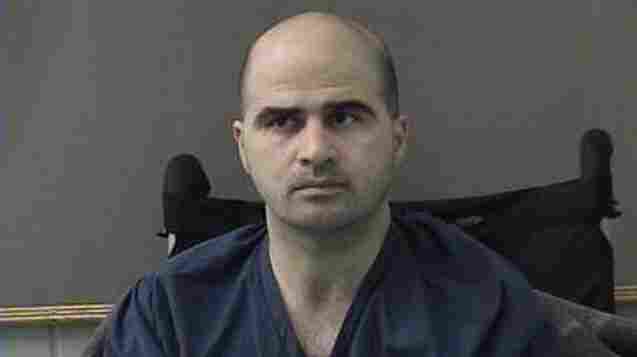 The FBI is investigating more than 100 suspected Muslim extremists who are part of the U.S. military community, officials tell NPR. U.S. authorities have increased scrutiny since the 2009 shooting attack at Fort Hood, Texas, that left 13 dead. Maj. Nidal Hasan, charged with the killings, is shown here in an April 2010 court hearing. Handout/Getty Images hide caption 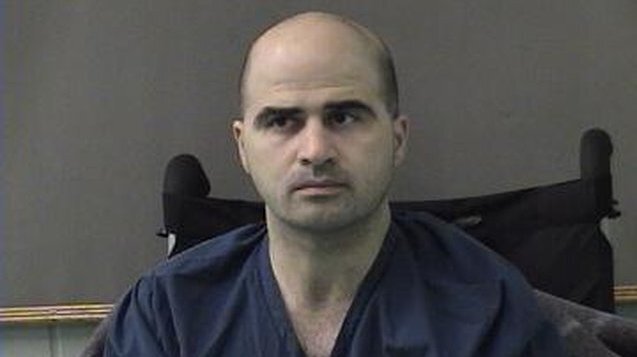 The FBI is investigating more than 100 suspected Muslim extremists who are part of the U.S. military community, officials tell NPR. U.S. authorities have increased scrutiny since the 2009 shooting attack at Fort Hood, Texas, that left 13 dead. Maj. Nidal Hasan, charged with the killings, is shown here in an April 2010 court hearing.

The FBI has conducted more than 100 investigations into suspected Islamic extremists within the military, NPR has learned. About a dozen of those cases are considered serious.

Officials define that as a case requiring a formal investigation to gather information against suspects who appear to have demonstrated a strong intent to attack military targets. This is the first time the figures have been publicly disclosed.

The FBI and Department of Defense call these cases "insider threats." They include not just active and reserve military personnel but also individuals who have access to military facilities such as contractors and close family members with dependent ID cards.

I was surprised and struck by the numbers, they were larger than I expected.

Sen. Joseph Lieberman, who co-chaired a hearing on internal threats to the military

Officials would not provide details about the cases and the FBI would not confirm the numbers, but they did say that cases seen as serious could include, among others things, suspects who seem to be planning an attack or were in touch with "dangerous individuals" who were goading them to attack.

The FBI and the Department of Defense declined to discuss the figures on the record, but three sources with direct knowledge confirmed that the numbers were revealed in a closed session of a House-Senate committee hearing in December. The FBI also declined to say whether it has compiled more up-to-date figures since that time.

"I was surprised and struck by the numbers; they were larger than I expected," Sen. Joseph Lieberman, an independent from Connecticut and chairman of the Senate Committee on Homeland Security, told NPR. He stopped short of confirming the numbers.

Maj. Nidal Hasan, the man charged in the 2009 Fort Hood shootings, has had his trial postponed several times already. At a pretrial hearing last Tuesday, a military judge kicked him out of the courtroom and barred him from future hearings as long as he keeps his beard, which violates military regulations.

Hasan, who was warned about his beard previously, was taken to a nearby room to watch the proceedings on a closed-circuit television.

His trial is now set for Aug. 20, and prosecutors are seeking the death penalty for the shooting rampage that left 13 dead and more than 30 injured at the Texas military base.

Hasan was shot by police that day. He is paralyzed from the waist down and uses a wheelchair. He remains jailed, though he still draws his military pay for now.

"I know one can say that as a percentage of the millions of people in active military service or working with contractors, the numbers you talk about are a small percentage of the total, but the reality is it only took one man, Nidal Hasan, to kill 13 people at Fort Hood and injure a lot more," Lieberman said.

Hasan was an Army major at Fort Hood in Texas who is charged with opening fire on soldiers in the base's processing center in November 2009. The rampage is considered the most serious terrorist attack on U.S. soil since the Sept. 11 attacks.

Prosecutors say Hasan had been in touch with an American-born radical imam, Anwar al-Awlaki, to ask for spiritual guidance ahead of the shooting; and Awlaki is said to have blessed it. Awlaki was killed in a drone attack in Yemen last year.

Investigators also say Hasan had been displaying signs of increasing radicalization before the shooting took place, but the behavior had not been properly reported. Hasan's court-martial is set to begin on Aug. 20, and he faces the death penalty.

The FBI compiled its tally of Islamic extremist cases in the military late last year for a joint hearing that Lieberman co-chaired. The hearing was looking at possible threats to military communities inside the United States, and the number of cases was revealed at that time.

The FBI typically divides investigations into three categories: assessment, preliminary investigations, and then full investigations in which agents have enough evidence to justify using all the investigative tools at their disposal. As of last December, there were a dozen cases in that last category.

"This number speaks not only to the reality that there is a problem of violent Islamic extremists in the military, but also that the Department of Defense and the FBI since the Nidal Hassan case are working much more closely together," said Lieberman.

Officials stressed that the FBI and the Department of Defense track all kinds of extremism within the military community from white supremacists to neo-Nazis, not just Islamic extremists.

But the Fort Hood shooting inspired new reporting procedures aimed at catching plots before they unfold. Since 2001, law enforcement officials have foiled and prosecuted more than 30 plots or attacks against military targets within the United States. 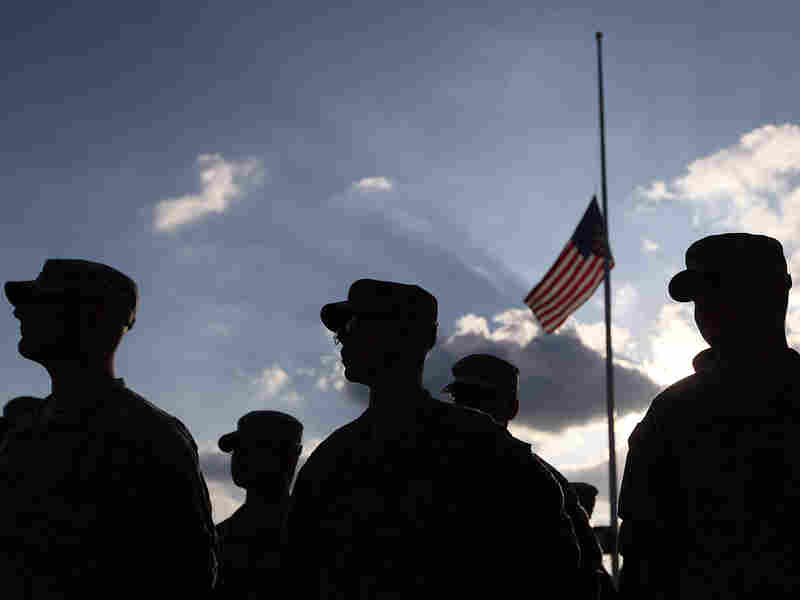 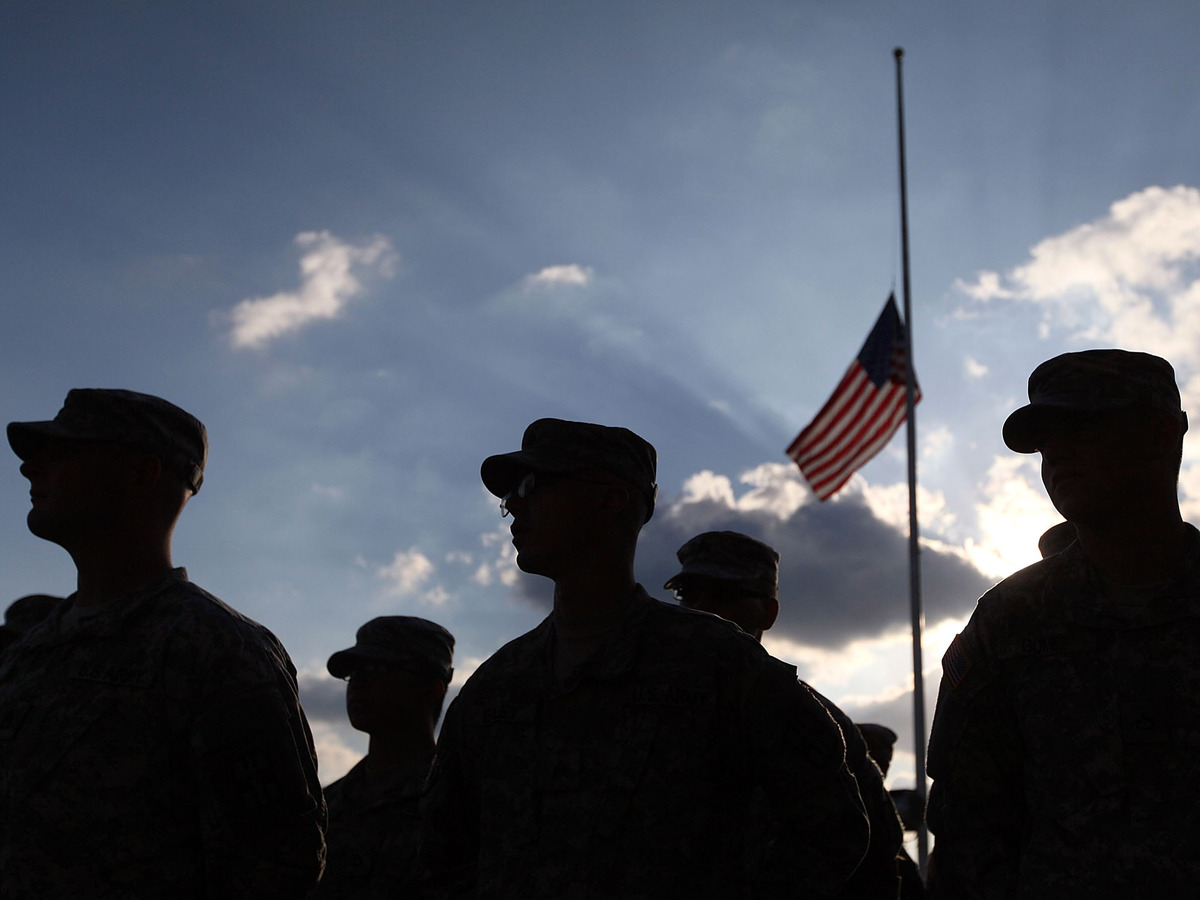 Just last month, an AWOL Muslim soldier named Naser Abdo was convicted of plotting to attack Fort Hood. Officers found components for an explosive device in Abdo's hotel room not far from the base.

Abdo told the judge that the plot was supposed to exact some "justice" for the people of Afghanistan and Iraq. In an audio recording played during the trial, Abdo said his Islamic faith was part of the reason he planned the attack.

Lieberman says that Abdo actually called out Major Hasan's name shortly after he was found guilty of conspiring to attack a restaurant just outside Fort Hood where active service members often went with their families. Abdo is expected to be sentenced in July. It is not clear whether his case was one of the cases on the FBI's list.

Officials say for many aspiring violent jihadis a military base is seen as fair game for an attack. Al-Qaida's narrative revolves around the idea that America is at war with Islam the world over, and the perception is that the U.S. military is at the forefront of that battle.

Counterterrorism officials say that for many freshly minted jihadists, a military target is an easier choice and easier to justify than targeting a shopping mall or other soft civilian targets — precisely because it is seen as part and parcel of the battle.

"After the Fort Hood shooting, having just one serious case, much less having a dozen, is cause for concern," says Bruce Hoffman, a professor and counterterrorism expert at Georgetown University and a distinguished scholar at the Wilson Center.

"You have to think about how people in the military community aren't just your run-of-the-mill jihadis," Hoffman says. "These are people who have access to guns and to bases and are supposed to have security clearances. This is not the community you want to be radicalizing."