Accessibility links
Movie Review - 'Beasts of the Southern Wild' - Post-Storm, A Fairy Tale And Reality Check All In One Beasts of the Southern Wild tells the story of a young girl and her father in the wake of a catastrophic Louisiana storm. Critic Ella Taylor says mesmerizing visuals and an exhilarating performance by the film's young star propel this magic-realist allegory for Katrina. (Recommended) 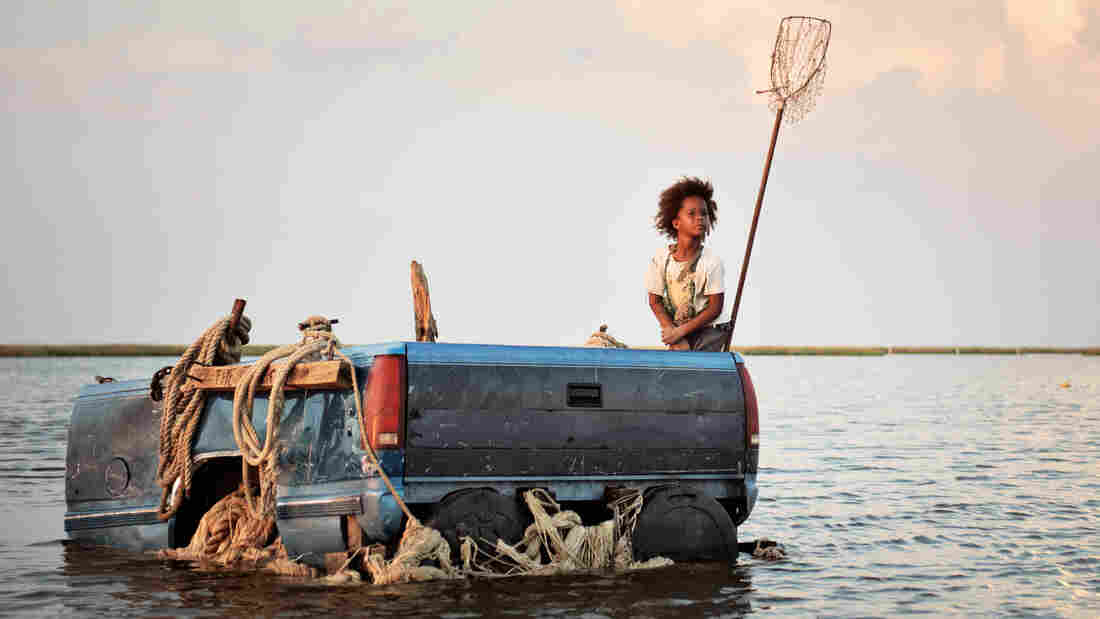 Quvenzhane Wallis, who was 6 at the time of production, plays Hushpuppy in Beasts of the Southern Wild, a fantastical tale about self-reliance and community after a storm in Louisiana. Jess Pinkham/Fox Searchlight Pictures hide caption

Beasts of the
Southern Wild

From 'Beasts of the Southern Wild' - 'No Time For Crying'

'No Time For Crying'

From 'Beasts of the Southern Wild' - 'The Whole Universe'

From 'Beasts of the Southern Wild' - 'We Stay Right Here'

Quvenzhane Wallis, the pint-sized African-American star of the wonderfully inventive film Beasts of the Southern Wild, was plucked from a Louisiana elementary school, and she's a find on many levels.

Six years old when the film was in production, Quvenzhane has a halo of wiry hair and enormous black eyes that flash fear and ferocity in quick succession. She's a mini-warrior in proudly flexed biceps and white rubber boots, and when, late in the film, well-wishers tog her up in a girlie dress and braids, she deflates, though not for long.

As Hushpuppy, a motherless bayou waif living on the edge of multiple disasters, Quvenzhane is an exhilaratingly truculent presence — too young, too poor, too feral and fierce for the trappings of gender. (For a while, I thought she was a boy). Hushpuppy is being raised, haphazardly and with hair-raising bursts of tough love, by her volatile father, Wink (played like a pro by New Orleans baker Dwight Henry), who suffers from an unspecified illness and other impediments to proper parenting. The two live hand to mouth in the Bathtub, a fictional wasteland on the wrong side of the tracks and the levee — a place that is, in every sense, falling off the tip of America.

Beasts of the Southern Wild tells their story and that of the ratty community that rallies around them through a storm that could only be Katrina. The movie, a first feature directed by Benh Zeitlin (who also co-wrote the screenplay with Lucy Alibar, based on her stage play) is a child's-eye view that's transfixing to behold; certainly it's in no need of Hushpuppy's voiceover, over-explaining the horror and the beauty that's plainly visible on the screen.

What passes for home for Hushpuppy and her dad is a falling-apart dwelling primed for destruction by fire or water, or both. After the storm's Gothic intervention, an eerie quiet settles over the waterlogged Bathtub, which soon becomes a blighted wasteland of dead animals and leafless trees, in which crayfish are gobbled live by the survivors and wondrous boats are cobbled together from the flotsam of their already ramshackle lives. The movie, made for a relative pittance by a film collective of young unknowns funded by a nonprofit, was similarly nailed together with a non-pro cast of locals. 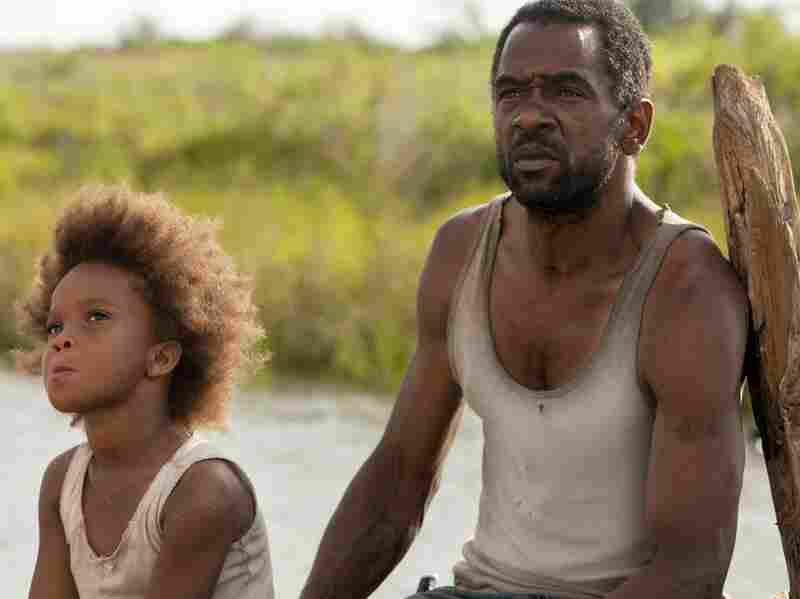 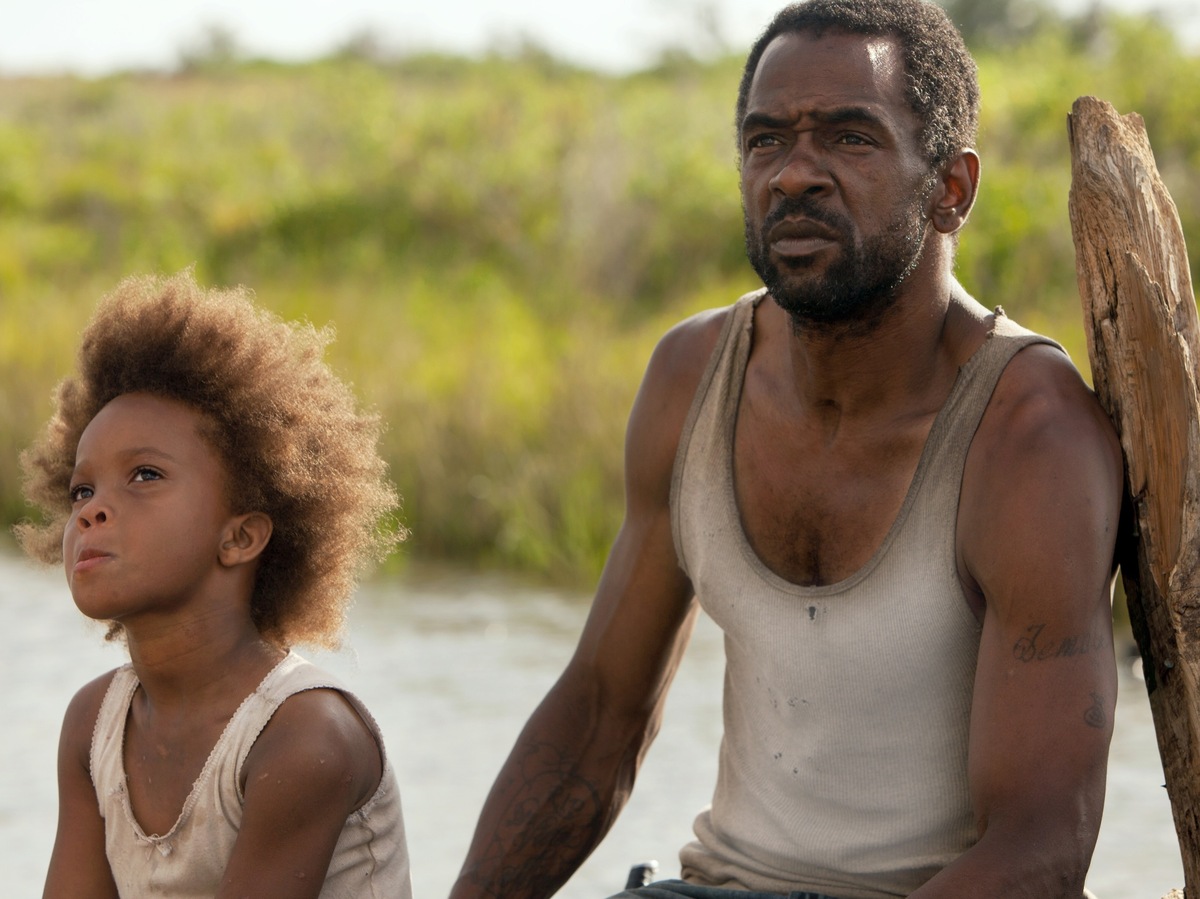 There is an exodus in Beasts, but it's not from the Bathtub. Refusing to leave even under mandatory eviction orders, the residents turn away help from various official sources, romantically demonized into the Enemy Other. (Zeitlin will likely take some heat from literalists who feel he has the politics of Katrina upside-down.)

And while it's true that the problem of the stranded have-nots of Louisiana was not that they had too much outside interference, but that when help came it was too little, too late, none of that much bothered audiences who took the movie to their hearts at Sundance and Cannes, where it racked up a total of four major awards and a storm of press attention.

Zeitlin, a transplanted New Yorker and the son of two folklorists, wants us to experience Beasts as a fairy tale in a tradition reaching back to Grimm by way of Maurice Sendak. Tricked out in a palette of rich browns and oranges, the film is a mesmerizing hellhole of magical realism, complete with a pack of wild beasts played by local hogs in headdresses, who may turn out to be friend or foe.

As for the fairies, they're a disheveled rainbow of disenfranchised whites, Cajuns and African-Americans, not a saint among them but all of them ready to step in and furnish Hushpuppy with the resources she needs to go forward with her life.

Beasts can be sentimental in promoting an age-old American ethos of self-help, fashionably grafted together with "it takes a village" mumbo-jumbo. But it is strikingly hardheaded in its perception that the picayune dilemmas hotly debated on the media-mommy blogs are completely beside the point for a whole underclass of kids who must be brought up tough and self-reliant in order to survive. There is kindness to spare in the Bathtub, but no one is going to pat Hushpuppy on the head and tell her "good job." Storm or no storm, when the very ground you stand on is constantly subsiding, you have to come out scrapping, a warrior in white Wellies. (Recommended)