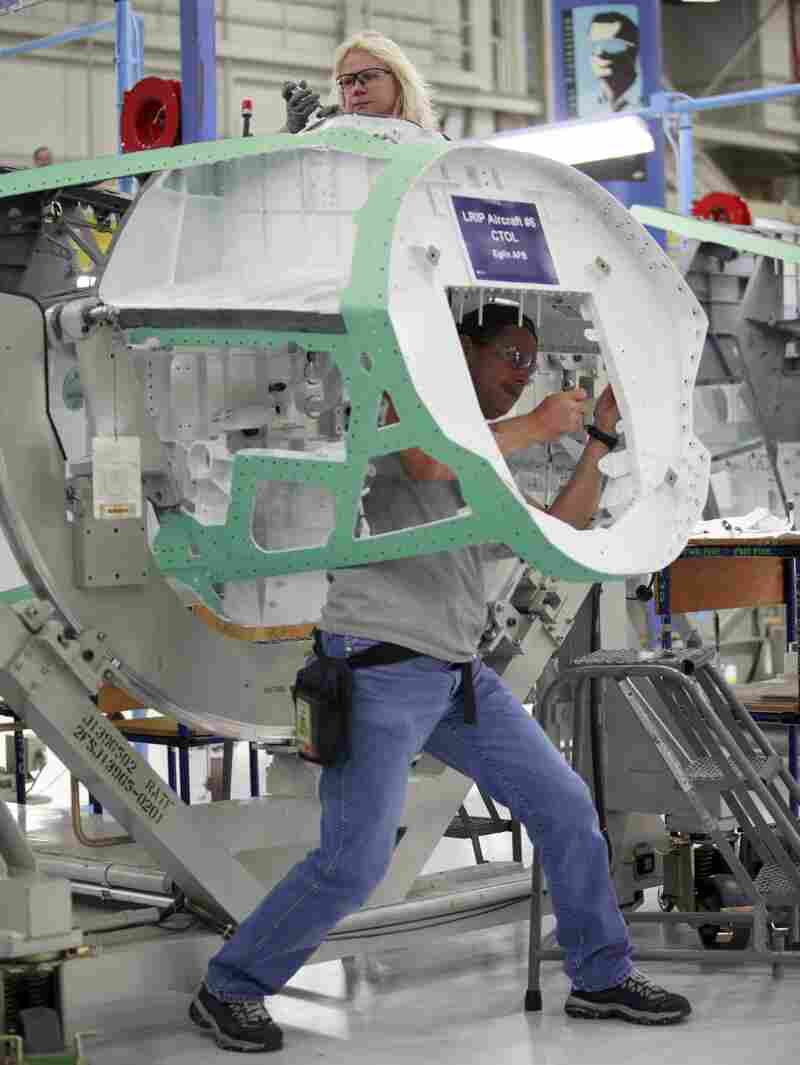 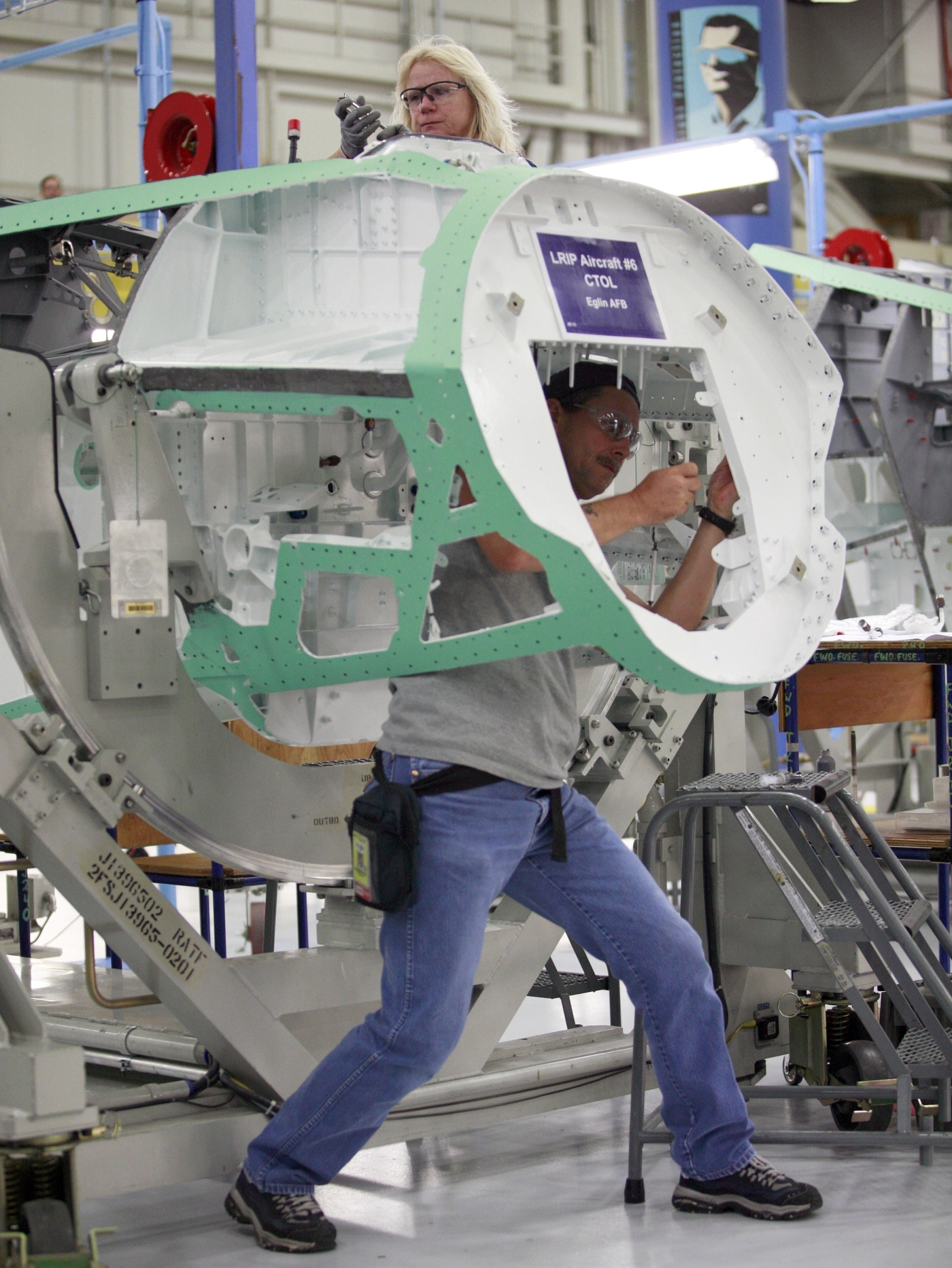 Defense contractor Lockheed Martin says it will be forced to send notices of possible layoffs to its entire workforce if proposed federal budget cuts go into effect.

Just imagine the political fallout: Nov. 2, only days before the election, tens of thousands — maybe hundreds of thousands — of workers receive letters warning that they could be out of a job.

Those cuts are on track to hit just as the Bush-era tax cuts are set to expire at the end of the year — a convergence many are calling a "fiscal cliff."

But thus far, no such plan has emerged, and defense spending is one of the targets for sequestration.

"I believe that everyone understood that sequestration was going to involve layoffs," says Marion Blakey, president and CEO of the Aerospace Industries Association, a defense industry trade group that has been lobbying heavily to get Congress to avert the cuts.

"But what I don't think anyone understood was the unintended consequence of early layoff notices," Blakey adds.

The Worker Adjustment and Retraining Notification Act, a federal law dating back to the 1980s, requires companies expecting massive layoffs to notify affected employees at least 60 days in advance.

Defense contractor Lockheed Martin is the most prominent company to announce plans to issue early layoff notices this fall. Company executives say they may be forced to send these warnings to all 123,000 Lockheed employees, even though not all of those positions would actually be cut.

"He said, 'I'm going to have to send them notices 60 days before, that they might not have a job in January.' So he's going to do that to all of his employees and to their suppliers," McKeon says.

The current prevailing view in Washington is that Congress will not have the time, inclination or political will to address sequestration — or any other fiscal cliff issues — until after the election.

McKeon is part of a vocal group of lawmakers who insist something must be done sooner.

McKeon has introduced a bill that would reduce the federal workforce by 10 percent to avoid the cuts come January. But the legislation hasn't come up for a House vote and would have virtually no chance in the Senate.

Sen. John McCain, R-Ariz., is pushing the White House to detail where the spending cuts would hit, giving government agencies and companies a better sense of which programs will be affected.

McCain almost seems to welcome the idea of these layoff notices going out, as it might bolster the argument he's been making for months.

"I think the American people need to know the impact of sequestration, both on our national security, and as well as the effect on our economy," McCain says.

While the fallout from sequestration would be very real, it's unlikely to hit all at once in the first week of January, according to Todd Harrison, a senior fellow at the Center for Strategic and Budgetary Assessments.

Harrison can't say whether the suggestion of layoff warnings right before Election Day is a strategic ploy by the defense industry to put pressure on Congress, but he's not convinced companies really need to send out the notices right before the election.

"Will they have to lay some people off down the road, within a few months [or] in the next year or two? Absolutely," Harrison says. "But [as for] the timing of this — are they going to have to do that starting exactly on Jan. 3? I think that's highly suspect."

A recent report from the National Association of Manufacturers projects the defense cuts scheduled for 2013 would mean a loss of 1 million jobs in 2014.

The report is just the latest in a series of efforts from industry groups trying to get Congress to do something to blunt the impact of the anticipated cuts.

In the meantime, defense contractors big and small are watching, lobbying and wondering. It's what Lockheed Martin's CEO has taken to calling the "fog of uncertainty."

Della Williams, CEO of the Fort Worth, Texas-based defense firm Williams-Pyro, says her 92 employees are worried.

"They're just saying to me, 'Is this going to happen? And if so, should we jump now, or should we take our chances? What do you think?' "

Williams says she can only respond by saying, "Hopefully, this is not going to happen."