Accessibility links
Personal Essays Engage Power Of Poetry Maureen McLane's experimental essay collection, My Poets, blends her academic and intellectual experiences with the poetry that has inspired her. The NYU professor tells her story through a series of reflections on poets from Chaucer to William Carlos Williams. 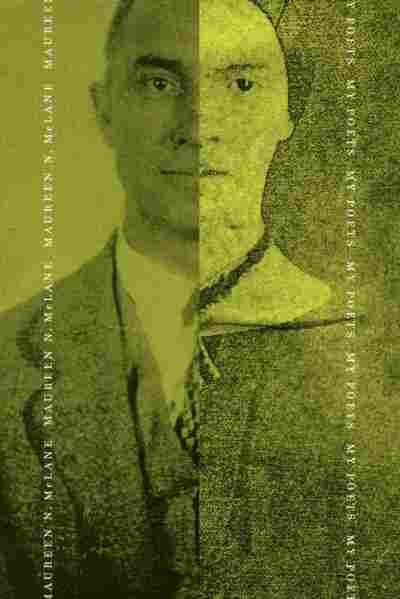 Ralph Waldo Emerson tells us that poets are the beholders of ideas and the announcers of human experience's necessary and casual details. Poets sing the songs of their selves and of nations. Even Emily Dickinson tells us she sings "to use the Waiting."

In her essay, "My Emily Dickinson," the American poet and critic Maureen McLane explains that Dickinson's singing expresses our "vast poetic tradition" and our "profound consciousness of historical trauma." In listening to and thinking "through" Dickinson's poetry, McLane writes, we will better grasp our contemporary American lives. Throughout My Poets, her collection of beautiful, experimental essays, McLane's thinking through and appraising other poets is the central, commanding event.

In the book's "proem," McLane asks herself several times, "Why do you write poetry?" Borrowing lines from Wallace Stevens' "The Man With the Blue Guitar," she responds: "I am a native in this world / And think in it as a native thinks." Here and throughout, McLane's native attitude is soulful, metaphysical and witty. (Note: A proem is an archaic term for a book's preface. McLane's word choice, p-r-o-e-m, hints playfully at her style of mashing her lines of critical prose together with a poem's precisely pressurized lineation.)

A professor of British Romanticism at NYU, McLane can't help reminding (teaching) us of beautiful, borrowed, buried English words like epigones, genitives, taxon, viz (videlicet), dulcarnoun and kankedort. These last two rare, obsolete, old Englysshe gems are introduced in "My Chaucer/Kankedort." Dulcarnoun: "a term that seems to arise from a crux in geometry." Kankedort: "a state of suspense; a critical position; an awkward affair." Both serve McLane well, signaling the spaces she's occupied since the beginning of her poetic education. 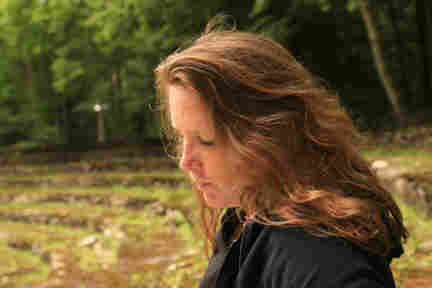 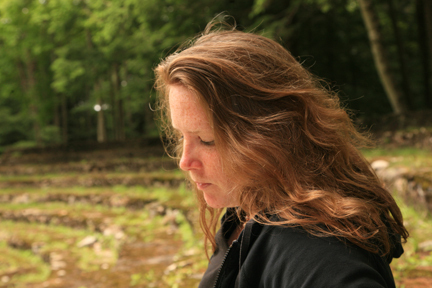 Maureen McLane is a professor of British Romanticism at NYU.

In "My Impasse," about McLane's freshman year at Harvard, she finds herself in a kankedort. Enrolled in both Helen Vendler's famous "Poems, Poets, Poetry" course and William Corbett's expository writing class, McLane sat at the dulcarnoun of scholarly exegesis and creative reading. At the intersection of canonical and contemporary poetry, she stood in a "vale of unknowing."

"As a poet, as a student, as a critic, as a teacher, as a citizen," she writes, "I have found this vale of unknowing yet wanting-to-know to be a fruitful vale, a dwelling place worth sharing, pondering ... [it] feels rather like an environment — a kind of tensed haze."

Together in the haze, McLane and her poets possess each other. In "My Elizabeth Bishop/(My Gertrude Stein)," McLane mimics Stein's style as she documents her failed senior thesis on the writer: "I could find nothing in Stein and my mind would not be mine. It was not mine but neither was it Stein's." Turning to Bishop on an adviser's urging, McLane merges into Bishop's sound, indicating the shift. McLane's pastiche of these very different poets demonstrates their shared traits: "Bishop meets Stein and Stein meets Bishop and they are quite congenial and have tea in the mind."

Her best essays are on Marianne Moore, H.D. (Hilda Doolittle) and Louise Gluck. They help her examine love, marriage and its dissolution, death, sadness and self-doubt, myth, psychoanalysis and love, again. Lying next to her husband, their marriage disintegrating, H.D. offers language: "I know not what to do: / strain upon strain, sound upon sound / makes my brain blind." In the midst of separation, Gluck's "Wild Iris was a companion more intimate than any living friend, a murmur and rasp and balm in the mind those months the structures of living you yourself had erected were now collapsing, the foundations battered by you yourself." Weaving her personal narrative with a close study of Moore, McLane's revelations are fascinating and heart-stuttering:

"I had fallen in love with another but not it would seem out of love with him. This was unwieldy ... a contradiction, a flaw in the world, unencompassable, 'the central flaw / in that first crystal-fine experiment,' and everything shattered."

Read an excerpt of My Poets

Here, Moore's music measures McLane's dark complexities. And yet, thinking through these lines for meaning, syncopating confession with critique, McLane demonstrates across this gorgeous, humming collection, that we turn to poetry, as Dickinson sings, "To Keep the Dark away."