Accessibility links
Movie Review - 'People Like Us' - A Well-Worn Path, But The Journey Has Its Pleasures In People Like Us, Sam (Chris Pine) tracks down a sister he never knew existed (Elizabeth Banks) to deliver an inheritance from their late father. Critic Ella Taylor says the movie plays better than what one could expect from its premise, because of its appeal to our common hurts and fantasies.

A Well-Worn Path, But The Journey Has Its Pleasures

A Well-Worn Path, But The Journey Has Its Pleasures 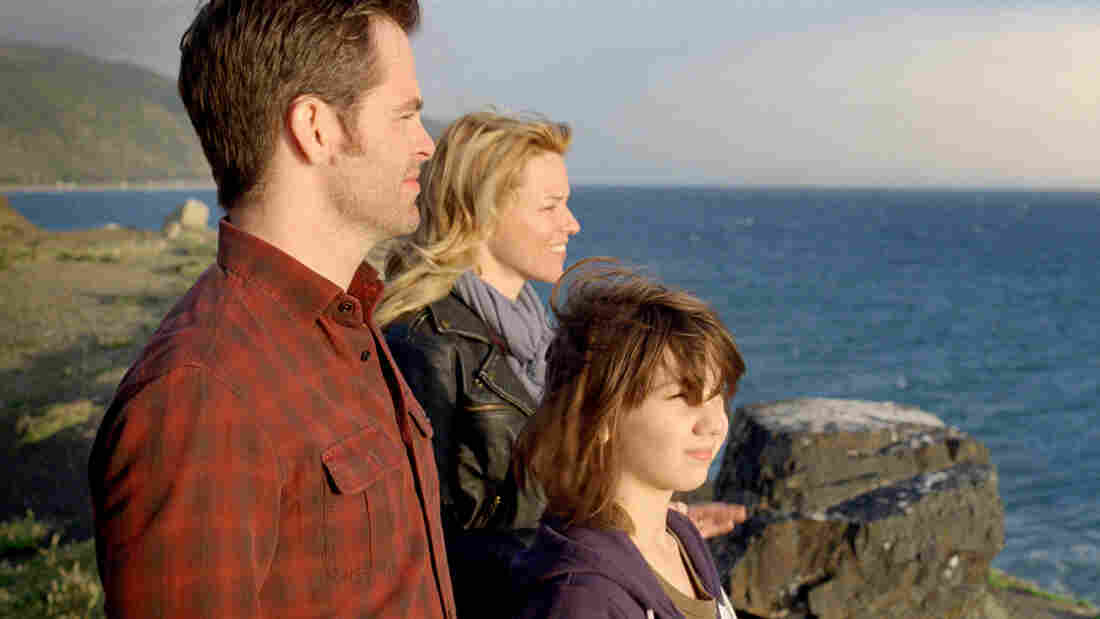 In People Like Us, Sam (Chris Pine) connects with Frankie (Elizabeth Banks) and her son, Josh (Michael D'Addario), without telling them that he is their long-lost brother and uncle, respectively. Walt Disney Pictures hide caption

From two who brought us those sensitive little human dramas, Star Trek and Transformers, comes a sensitive, decent, well-crafted little drama about frailty and forgiveness.

No, really: In his first outing as a director, writer-producer Alex Kurtzman has filled in a heavily worn premise with wit, heart and — along with Roberto Orci and Jody Lambert — a lively way with ordinary speech.

People Like Us begins unpromisingly, with the death from cancer of a man with two families. That comes as news to his more-or-less estranged son, Sam (Chris Pine), a fast-talking salesman of the kind who pumps his fist and yells "Yes!" when sealing a shady deal.

But you can tell there's more to Sam than bluster by the pain in his abundantly lashed green eyes, and the blossoming stubble on his chin when things fall apart.

Sam grew up in his father's house, but the two were never close. Even after he's gone, Sam nurses a massive grudge against the old man — and a smaller one against his mother, an exhausted ruin played without a shred of vanity by Michelle Pfeiffer.

When the family lawyer (Philip Baker Hall) hands over $150,000 in cash, to be delivered to a sister Sam never knew existed, the angry young man tracks the mystery sibling, Frankie (Elizabeth Banks), to an AA meeting in downscale Los Angeles.

In a plot contrivance I wasn't sure the movie could sustain, Sam keeps their kinship to himself, worming his way into Frankie's life by way of her precocious, troubled young son, played by Michael Hall D'Addario, a feisty little man whose kewpie lips, throaty rasp and don't-mess-with-me stare reminded me bizarrely of Cher.

Rather improbably for a recovering lush, Frankie works in a bar, and like many movie single mothers she comes dressed as if she's trying to rattle the cages of the entire Harper Valley PTA. 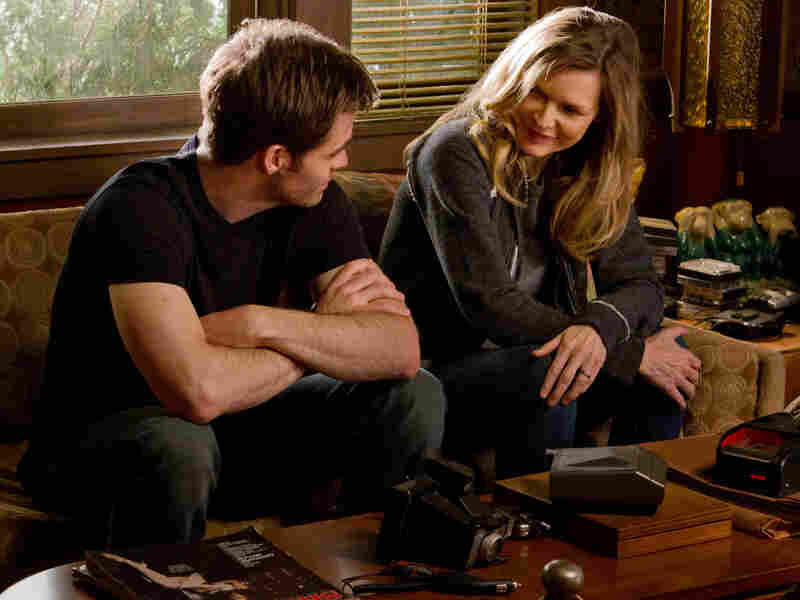 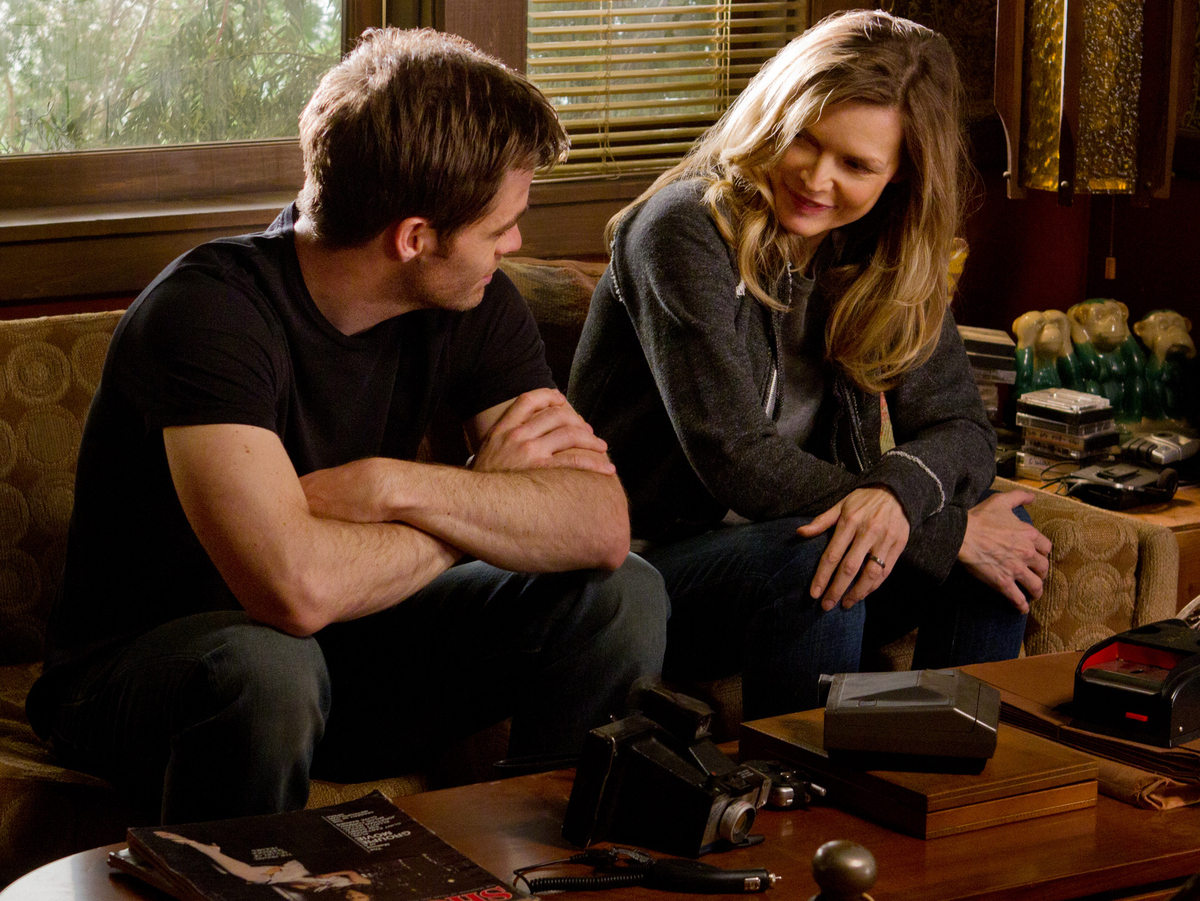 But she's a good parent and a stand-up person, and there's a lot to like about this prickly toughie, not least because Banks dances so nimbly from funny to forlorn to corrosively bitter.

Inevitably, Sam and Frankie will learn that they have more in common than they thought possible. People Like Us breaks no new emotional ground, and perhaps there's little to say about ruptured families except that (sorry, Tolstoy) each is unhappy in its own way.

Only here it really is the journey that counts. The pleasure lies in the movie's long meander to reconciliation and domestic realignment, observed from the heart and with a low-key attention to detail.

Mostly, though, Frankie and Sam's growing closeness speaks eloquently to the yearning many of us have to close a gap with an estranged brother or sister. Beyond that, the emotional terrain of People Like Us encompasses the loneliness of the only child, and to the undying fantasy of the perfect parent so many of us feel cheated of even when our fathers and mothers turn out to have done their limited best.

How that fantasy resolves for Frankie and Sam may be fairly standard procedure. But along the way to reconciliation, People Like Us does what pop culture does best, which is to give a face and voice to the common hurts and losses of life, and offer them to us to share.