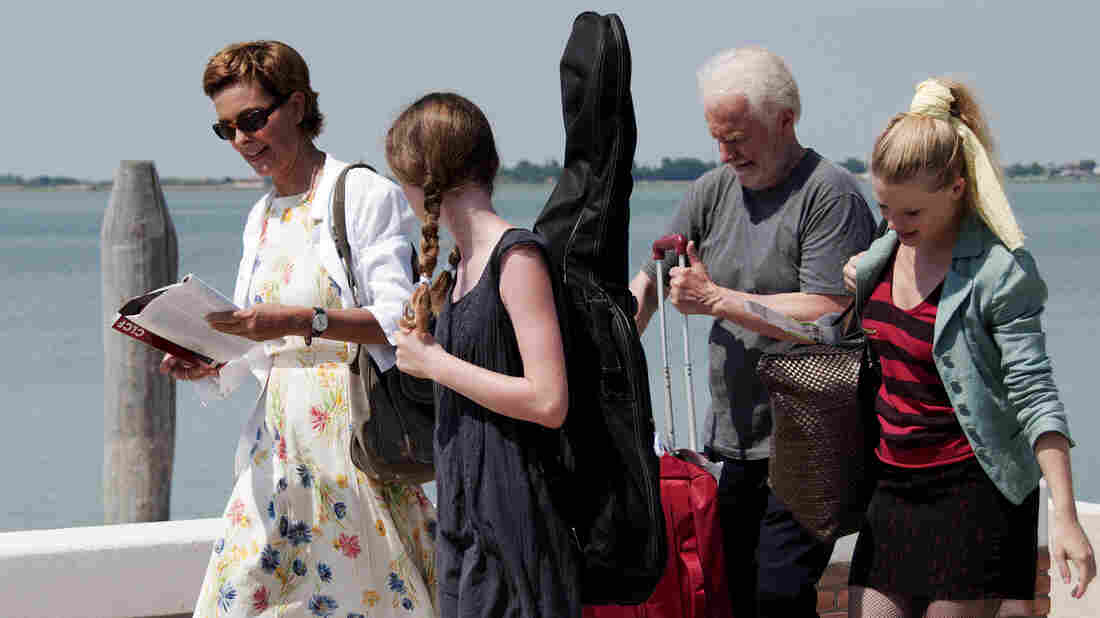 In French and Italian with subtitles

From 'Unforgivable' - 'Virility Over Health'

From 'Unforgivable' - 'To See If You'll Look For Me'

'To See If You'll Look For Me'

At first glance, the latest film from French director Andre Techine boasts all the titillating trappings of a neo-noir thriller: a missing girl, a private investigator, a seedy urban-European underbelly, a rich man suspicious of his beautiful younger wife. Yet Unforgivable, adapted from Philippe Dijian's best-selling novel, only masquerades as a story about crime. Instead, the film observes its subjects in the small moments of their daily lives, meditatively exploring the casual malice with which family and lovers fracture and finally break their closest relationships.

Francis, an aging crime novelist and "king of the neo-Gothic thriller," relocates to Venice seeking peace and quiet and, most of all, time to write. He's quickly distracted from his plans when he meets and instantly falls for his real estate agent, Judith (Carole Bouquet), a younger but world-weary former model disarmed by her client's charming forwardness. As she shows off a quaint property on Sant'Erasmo, an island in the Venetian lagoon, Francis casually proposes marriage. It would certainly sweeten the deal on the rental, he explains.

His romantic gambit improbably works — or it's at least endearing enough to keep Judith interested — so much so that a year and a half later, the two are happily married. It's an abrupt narrative jump, and fast-forwarding the relationship from meet-cute to post-honeymoon phase is just one problematic temporal leap that advances the story but leaves out critical details of character.

Eliding the specifics of how this relationship is forged means there's little context for understanding who each of them is to the other — and with no measure for what stability has been for them, witnessing Francis and Judith's struggles feels less meaningful. But it's a sacrifice Techine seems willing to make, if it means greater focus on how the two come brutally apart.

And indeed, content though they may appear, Francis and Judith are realizing that happiness together comes at a cost. When Francis' impulsive actress daughter Alice (Melanie Thierry) and her own daughter visit in the summer, Alice asks how her father's new book is going. His eyes pained and helpless, Francis replies that he can't write when he's in love; Alice smiles and laughs derisively, and it's her cruel response that marks the first in a series of subtle but devastating indignities the characters will exact on one another for their own selfish gain. 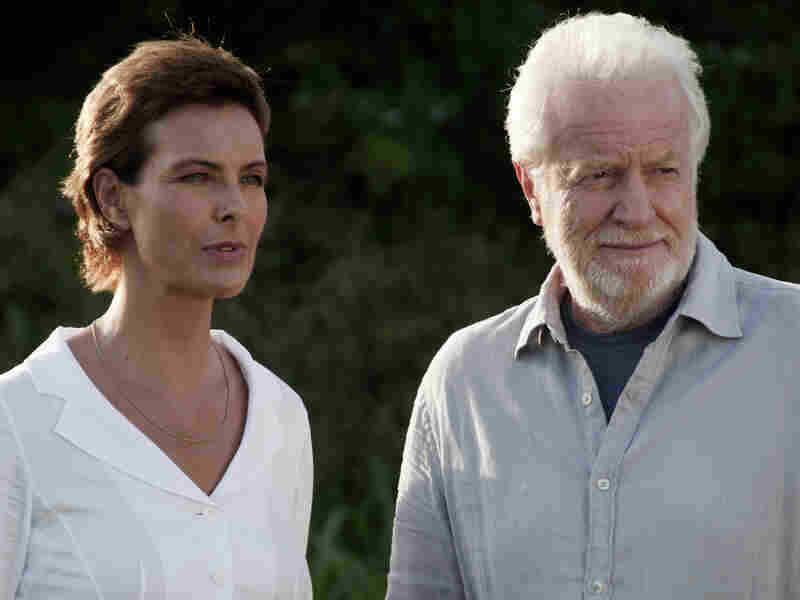 Judith and Francis marry quickly after first meeting — but then director Andre Techine skips straight to the marital strife that arises a year and a half later. Strand Releasing hide caption 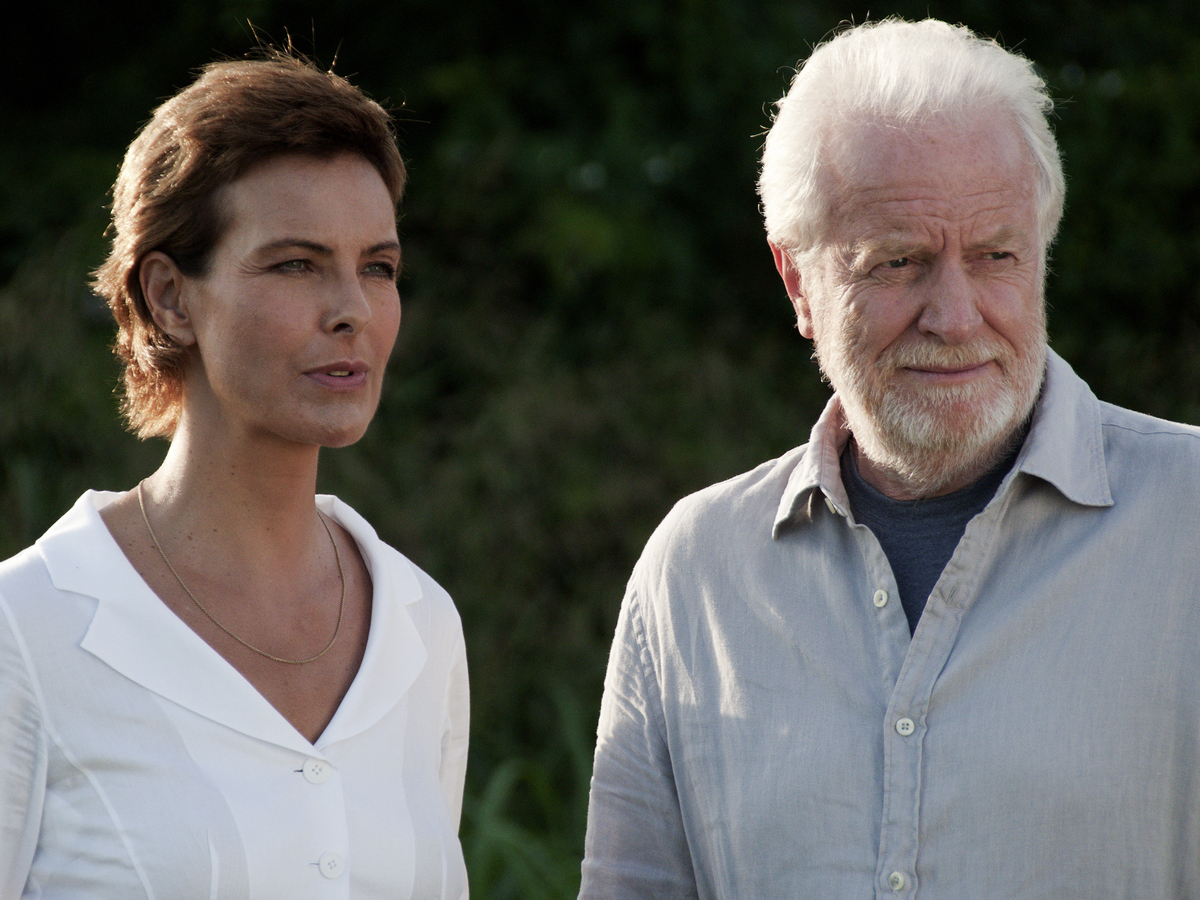 Judith and Francis marry quickly after first meeting — but then director Andre Techine skips straight to the marital strife that arises a year and a half later.

When Alice suddenly goes missing, it's unclear whether she's been caught up in something beyond her control or has run off with a drug-dealing Venetian aristocrat. Francis believes the worst and — without permission — reaches out to Judith's friend and former lover Anna Maria (Adriana Asti), a mother with her own unstable son (Mauro Conte) to contend with, to hire her as a private investigator. She finds him answers, but they do little to unburden Francis, whose paranoia now extends to Judith, who he arranges to have followed.

Yet even as the couple's estrangement seems inevitable, the dramatic momentum you'd expect, given the situation, is strangely lacking. In some moments, resisting the impulse to play up the twists and turns pays off: When Francis spots Judith through binoculars, laughing with another man, the look of childlike distress on his face delivers a more crushing blow than a cliched confrontation could. It's an admirable effort to approximate realistic, human reaction over emotionally transparent performance — but it's an intermittently successful strategy: In other scenes, the same understated performances read obliquely, masking meaning rather than conveying it.

In spite of the foreboding, insistent score by composer Max Richter (Waltz with Bashir), Unforgivable's tendency toward realism — downplaying many of its dramatic moments and drawing out its conflicts over months and years — undermines its own urgency. Even Venice, a visually stunning city in summer, feels like a wasted opportunity and is treated almost as Francis sees it — a sunny, charming distraction, but a distraction nonetheless.

At its core, Unforgivable is intensely interested in examining how people in the closest relationships will hurt one another to get what they want. But without fully realized characters, the film's major moments — each cutting remark and humiliating act — feel hollow.