Accessibility links
Third Time's The Charm: J-Lo And Pitbull 'Dance Again' Former Billboard editor Danyel Smith says the Miami rapper's youthful appeal has helped push his third collaboration with Jennifer Lopez to the top of the charts. Another dance track making a splash this summer, Smith says, is LMFAO's "Sexy and I Know It." 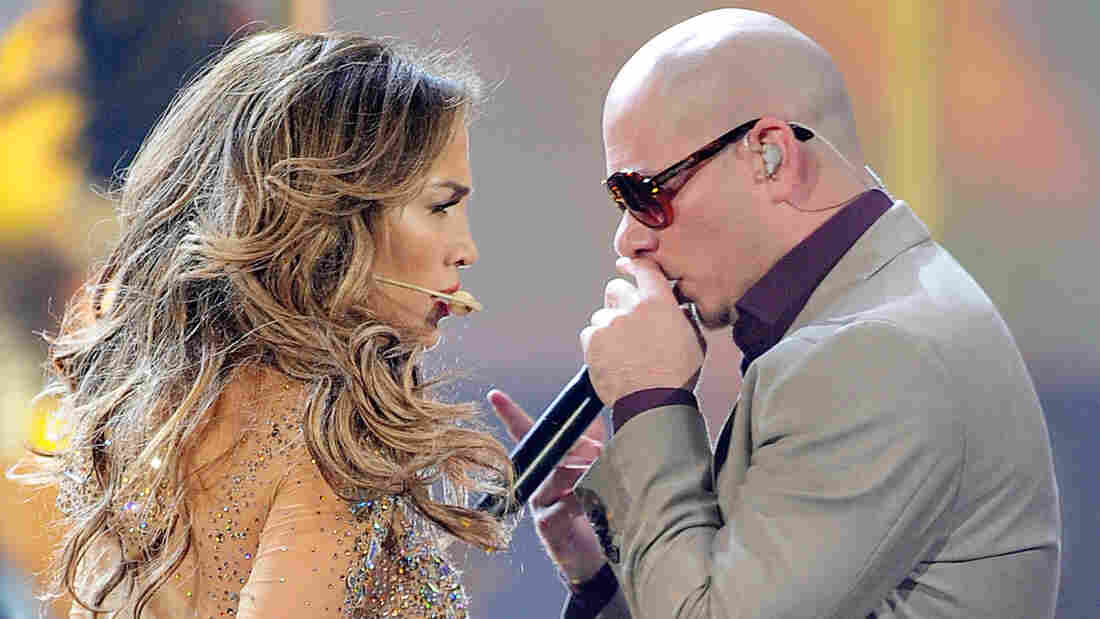 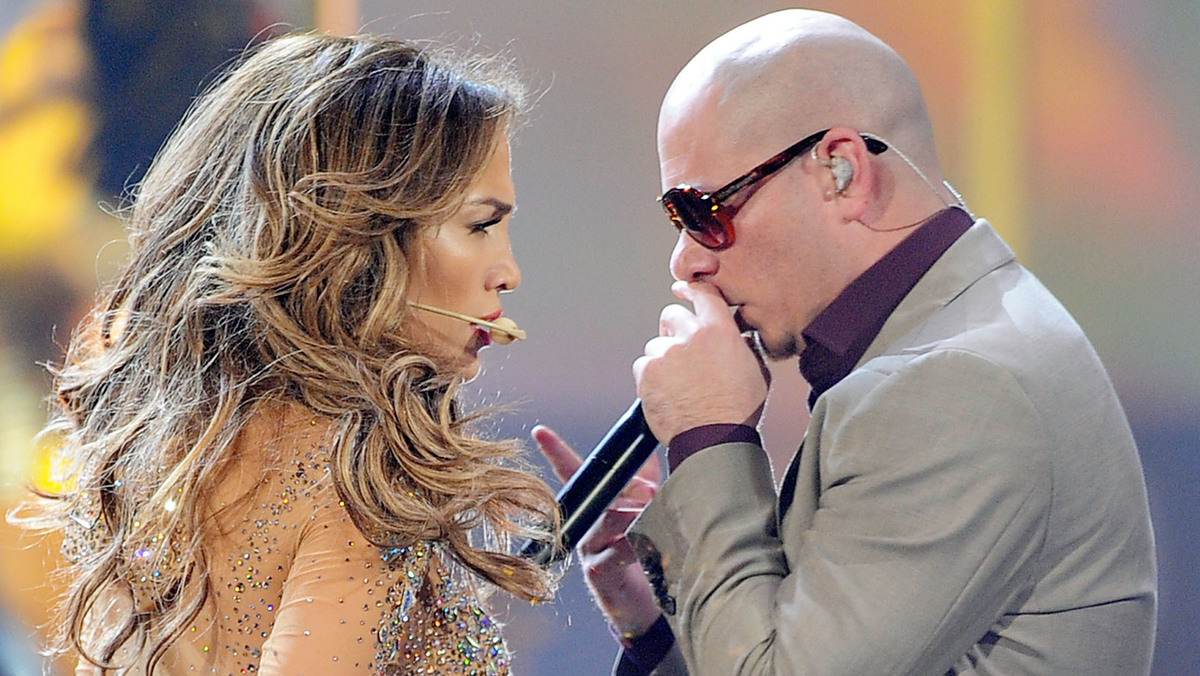 Jennifer Lopez and Pitbull's "Dance Again" hit No. 1 on the Billboard charts on May 26.

Her day job as an American Idol judge notwithstanding, Jennifer Lopez returned to pop radio this summer with a splash. Her new single, "Dance Again," has been on the Billboard Dance/Club Play chart since April 2, reaching the top on May 26.

"Dance Again" is the third collaboration between Lopez and the rapper Pitbull. Smith says J-Lo is smart to continue that partnership, because the Miami rapper has remade himself into a huge draw for younger audiences.

"Pitbull was an OK rap artist — he had a hit here and a hit there," Smith says. "Somehow, he has reinvented himself as a sort of Latin-dance superstar. He sells out all over the place. He puts on huge, Vegas-style shows that sell out. And now he drops two or three verses on a song, and it's on its way to the top of the charts."

"Sexy and I Know It" has been all over the charts since it came out last fall. Even after all these months, it hit No. 1 on the Billboard Ringtones Chart this week.

"Even if songs fall off of a genre chart or a pop chart, they can still be really popular on the ringtone chart," Smith says, "because they will have hit a particular nerve."

Hitting a nerve is exactly what LMFAO has done, particularly with teenagers.

"These guys are all about partying," Smith says. "They wear crazy clothes, and they talk about dancing and partying all night, and if you're 14 and you haven't done any of that yet, these guys are your heroes."