Accessibility links
The Curious Fate Of Stonewall Jackson's Arm When Confederate Gen. Stonewall Jackson was accidentally shot by his own troops, his left arm was amputated and buried. But when the general died days later, he was not reunited with his lost limb. 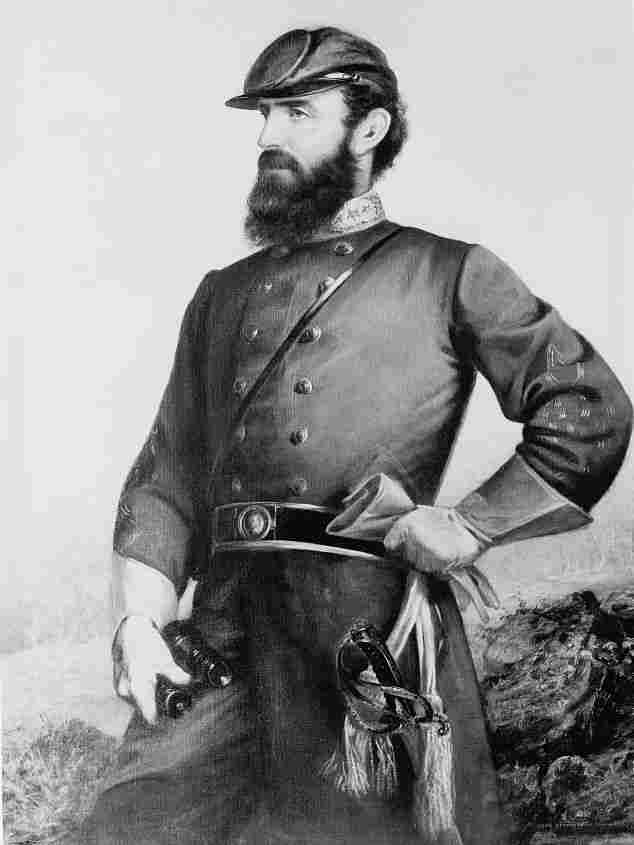 Gen. Thomas "Stonewall" Jackson's body is buried in Lexington, Va. But his left arm is buried more than 100 miles away in Chancellorsville, Va., where the limb was amputated after a Civil War battle in 1863. Library of Congress hide caption 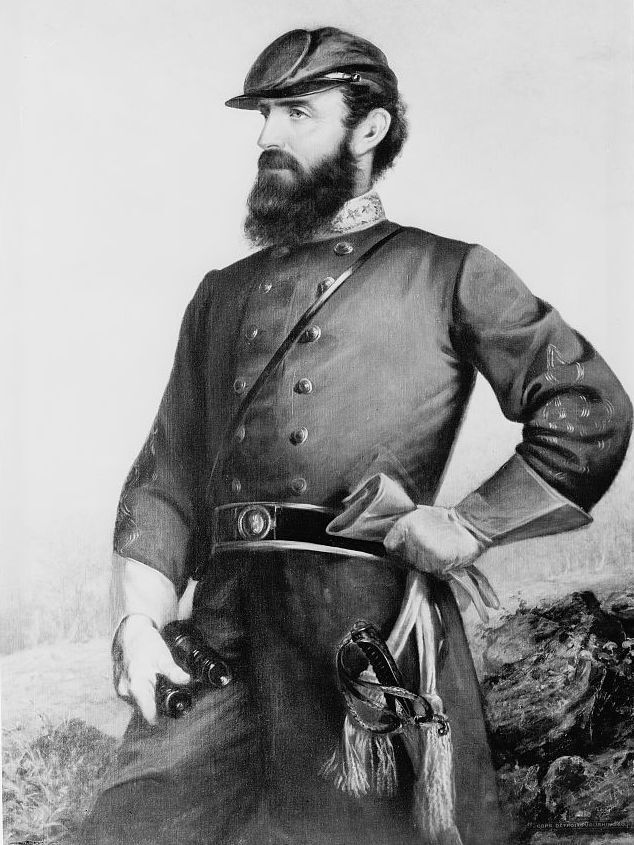 Gen. Thomas "Stonewall" Jackson's body is buried in Lexington, Va. But his left arm is buried more than 100 miles away in Chancellorsville, Va., where the limb was amputated after a Civil War battle in 1863.

About an hour outside Washington, near Chancellorsville, Va., lies one of Gen. Thomas "Stonewall" Jackson's graves. A major Civil War battle was fought here in 1863. That's when Jackson was accidentally shot by his own Confederate troops.

As Park Ranger Chuck Young tells a group of visitors, Jackson didn't die here — but his left arm was amputated.

"Both of these doctors had performed that procedure literally hundreds, if not thousands of times by this point in the war," Young says.

Jackson's arm was about to be tossed on the pile of limbs outside the medical tents — until his military chaplain decided to save it.

"Remembering that Jackson was the rock star of 1863 — everybody knew who Stonewall was, and to have his arm just simply thrown on the scrap pile with the other arms, Rev. Lacy couldn't let that happen," Young says.

So the arm was buried in a private cemetery at Ellwood Manor, not far from the field hospital where it was amputated. Soon after, Jackson died of pneumonia, and his body was sent to his family in Lexington, Va.

But, Young says, Jackson's arm was never reunited with the rest of his remains.

"When Mrs. Jackson is informed that the arm was amputated and given a full Christian burial," Young says, "they will ask her if she wants it exhumed and buried with the general. She will decline, not wishing to disturb a Christian burial."

But that's not the end of the story. Despite Mrs. Jackson's wishes, the general's arm was not left alone. Union soldiers dug it up in 1864. They said they reburied it; no one knows where.

In 1903, one of Jackson's staff officers set up a granite stone in the small cemetery. It's unclear if the stone marks the exact location of the arm, or if it indicates that the burial happened somewhere in the area.

Some believe the arm was stolen decades ago, or secretly put into storage. But park historian Frank O'Reilly says these are rumors.

"The safe thing for us to say here is that Jackson's arm was indeed buried there, is indeed buried there," O'Reilly says. "It may very well have disintegrated as a result of time, being dug up and aerated — or it just simply is somewhere else in the cemetery, long lost, forgotten."

The National Park Service won't disturb the burial site in Chancellorsville. But people from all over come to visit where the famous limb is, or was. Gerald Chambers stopped by to see for himself.

"To tell you the truth, I thought it was sort of strange," he says. "I mean, it seems like Jackson is a real hero that doesn't die in this area. ... It was an interesting idea to bury his arm."

Chambers snaps a picture of the granite stone that bears a simple inscription: "Arm of Stonewall Jackson May 3, 1863."