Accessibility links
David Henry Hwang - The American Dream Starts With Great Expectations Award-winning playwright David Henry Hwang has written extensively on Asian immigrants' assimilation into American culture. The American dream, he says, is defined by the ability to imagine a future, and then have hope of fulfilling it. 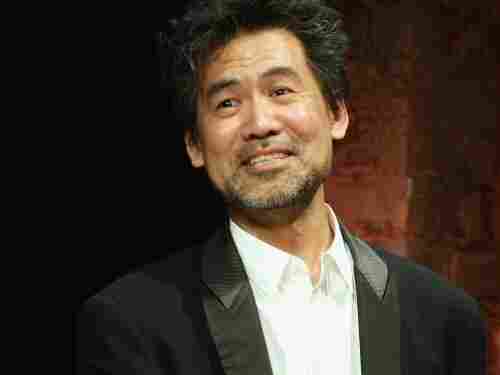 In plays like FOB, M. Butterfly and Chinglish, David Henry Hwang, seen here at a 2006 gala, touches on the obstacles that can stand between immigrants and the American dream. Amy Sussman/Getty Images hide caption 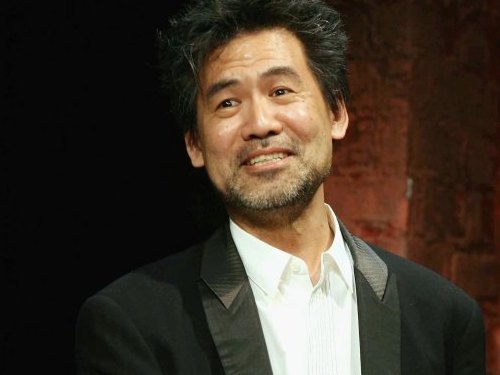 In plays like FOB, M. Butterfly and Chinglish, David Henry Hwang, seen here at a 2006 gala, touches on the obstacles that can stand between immigrants and the American dream.

David Henry Hwang is a playwright from Los Angeles, currently living in New York, who has dealt with issues of cultural identity in his work, especially as it pertains to the Asian-American experience. He spoke to NPR's Morning Edition about his thoughts on the American dream.

"I define the American dream as the ability to imagine a way that you want your life to turn out, and have a reasonable hope that you can achieve that.

"I think about my play Yellow Face. There is a character who is based on my father, who is a big America booster, who idolizes Frank Sinatra and the pop culture figures of his age. Then at a certain point in his career, he becomes a banker, and he's accused by The New York Times of laundering money for China, which my father actually was [accused of doing] in the late '90s.

"As Asian-Americans, the charge that is often lobbed against us is sort of the least original: the idea that somehow we're perpetual foreigners, that we can't be trusted, and that even my father, who was patriotic to the point that it was kind of a joke among his children, would be accused of being disloyal to America. And that seems to me to be a pretty fundamental betrayal of the American dream.

"There is something very unique in American iconography about this notion of the pursuit of happiness. There are a lot of other cultures in the world where the idea that happiness is something that is written into the fabric of the culture and even the government is kind of hard to conceive — because you don't necessarily think that happiness is a logical goal. So I think that the American dream is about being able to imagine a life, and then having some expectation that you can achieve that life."