Accessibility links
Amid Fierce Debate, Japan To Restart Nuclear Plants Since a massive earthquake and tsunami led to the meltdown of the Fukushima nuclear reactors just over a year ago, Japan has closed all of its nuclear power plants. Despite public opposition, Japan has announced it will restart two of them by the end of July, ahead of summer's increased power demand. 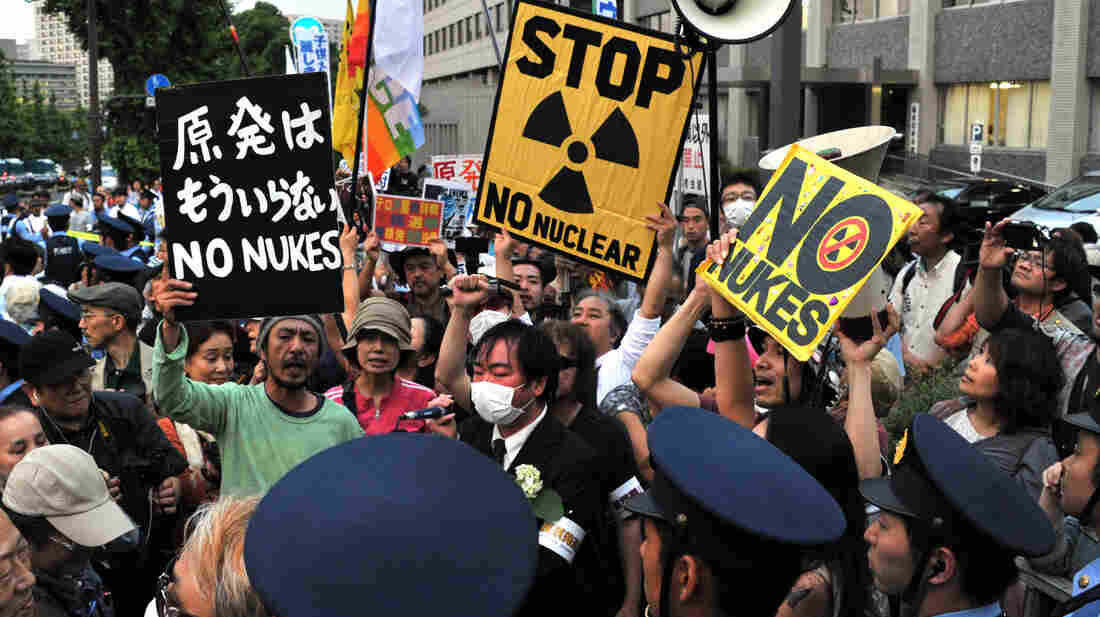 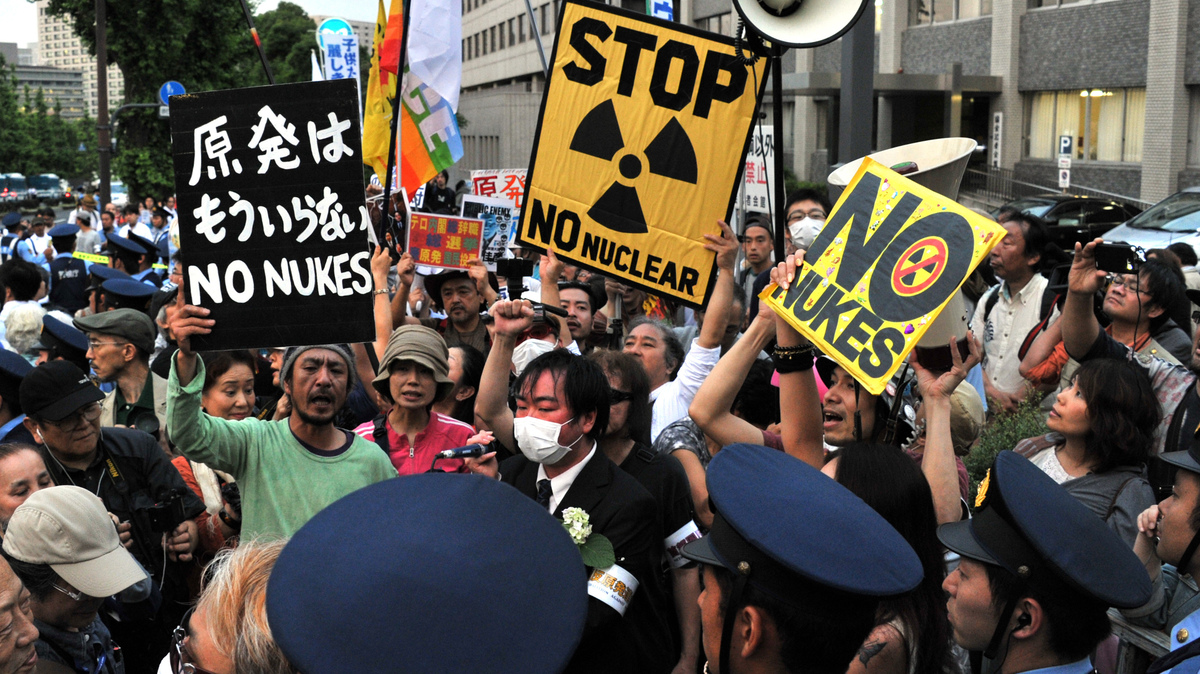 Anti-nuclear activists in front of the prime minister's official residence in Tokyo, June 22. Some 20,000 demonstrators protested against the Japanese government's decision to restart two idle nuclear reactors in western Japan, ending a brief period without any nuclear power generation.

After taking all 50 of its nuclear reactors offline following a devastating accident last year, Japan is planning to restart the first of two of them in western Fukui prefecture as early as Sunday.

The catastrophe at the Fukushima Dai-ichi nuclear plant in March 2011 forced Japan to scale back plans to aggressively expand its nuclear energy sector. But the highly controversial move to restart the two reactors on the other side of the country is a sign that the nuclear power lobby isn't throwing in the towel yet.

Enjoying a recent day in the park with her infant daughter, Tokyo resident Yukiko Shimoda seems like the poster mom for a Greenpeace campaign.

The 34-year-old is still haunted by memories of last year, when she was hoarding mineral water and wondering whether her unborn child would be affected by radiation from the Fukushima plant explosions.

"Of course I wish we didn't have nuclear reactors anymore," she says.

Nuclear Industry Down, But Not Out

Japan was once one of the most enthusiastically pro-nuclear nations on earth. But last year's accident could mean that much of the Fukushima prefecture may never be inhabitable again. Today, study after study shows a surge in anti-nuclear sentiment.

And yet, Japan's formidable nuclear industry appears down, but not out. Despite living through the world's worst nuclear accident since Chernobyl, Shimoda says she's not ready to say sayonara to nuclear just yet. 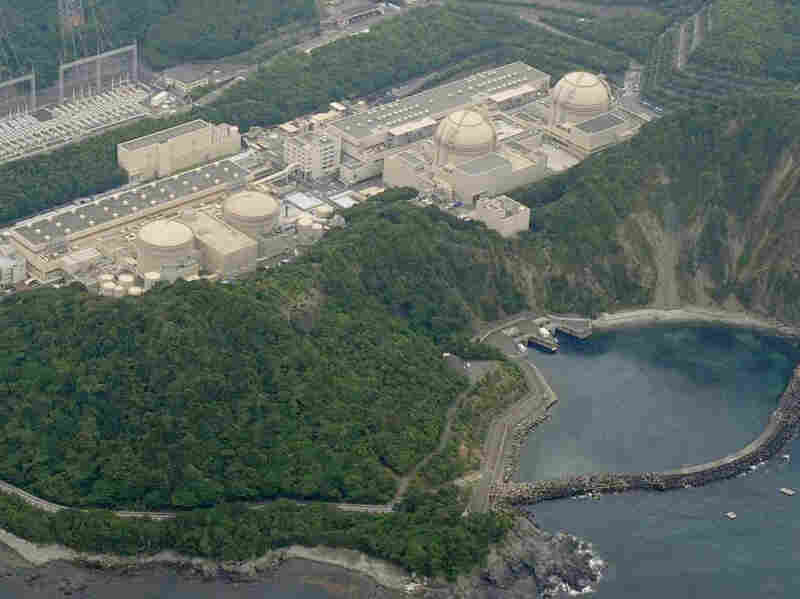 The Japanese government may restart one of the two nuclear reactors at the Oi power plant (shown here June 15) in Fukui prefecture as early as July 1. Public concern forced the shutdown of the country's 50 nuclear reactors after the Fukushima disaster last year. Kyodo/Landov hide caption 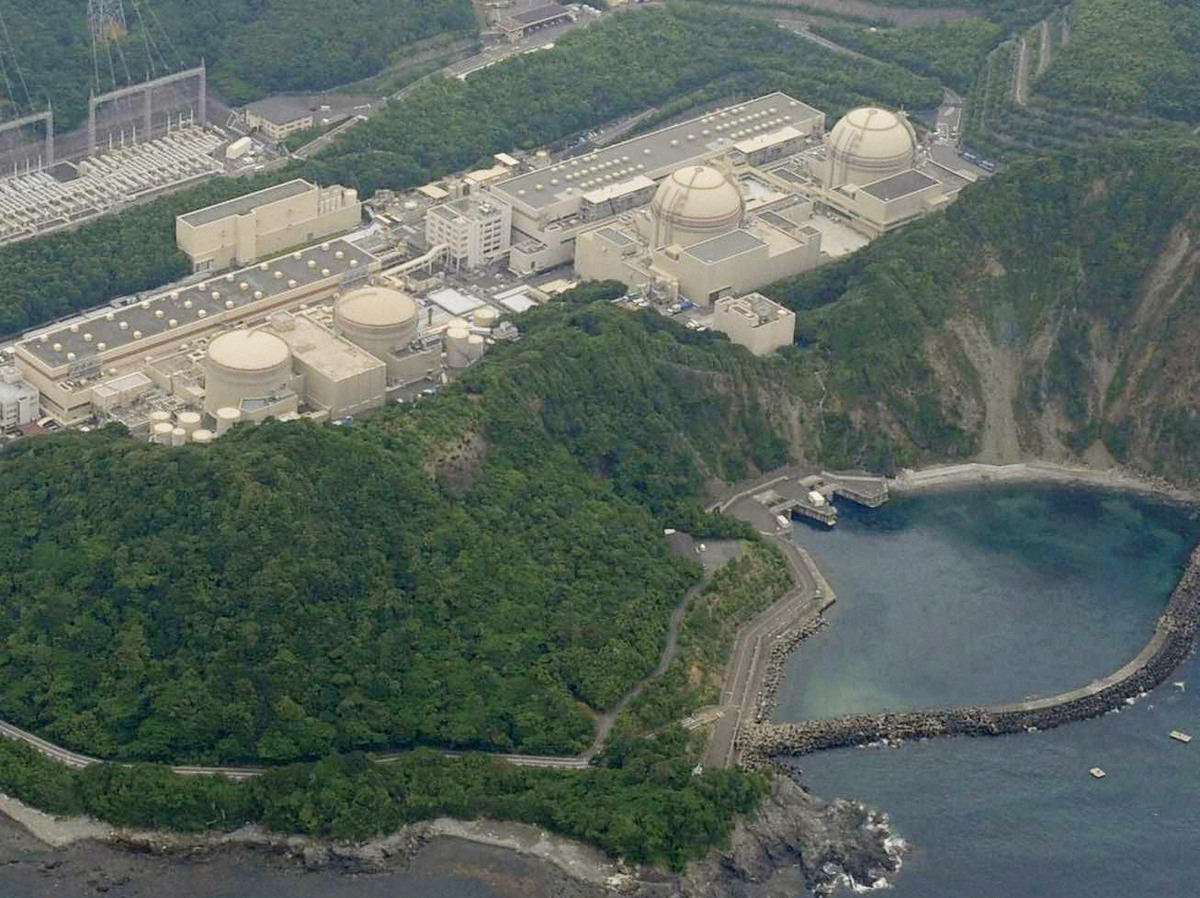 The Japanese government may restart one of the two nuclear reactors at the Oi power plant (shown here June 15) in Fukui prefecture as early as July 1. Public concern forced the shutdown of the country's 50 nuclear reactors after the Fukushima disaster last year.

"I would prefer the reactors stayed off. But what choice do we have? The summer will be hot, and we'll be using lots of air conditioning," she says. "I would rather not have nuclear energy, but I just don't see any other way."

A poll released this month by the Pew Research Center shows 70 percent of respondents want Japan to wean itself off nuclear energy. That's close to double the rate last year.

But when a Sankei-Fuji news survey asked residents if they would support restarting reactors in an energy shortage, and provided safety was ensured, more than half said yes.

That sense of anxiety is what Prime Minister Yoshihiko Noda was banking on, when he made an unusual and impassioned appeal to the nation recently.

He declared that the resource-poor country had to restart the two Oi reactors in western Japan on the Sea of Japan. Noda put his prestige on the line even though post-Fukushima safeguards and regulations are still evolving.

While organized, nonviolent, but noisy anti-nuclear protests continue, observers like Temple University scholar Jeff Kingston say the hasty restart of the Oi reactors marks the triumphant return of what's known as Japan's "nuclear village." That's the powerful nexus of politicians and protected utilities that drove Japan's nuclear energy juggernaut for half a century.

"The nuclear village has never been out of business. They were biding their time, and we've seen over the last few months several revelations that indicate that they are still extremely influential," Kingston says. "So the restart of the Oi reactors, I think, will lead to the restart of many other reactors by year's end. So yes, this is the beginning and the government really does want to avoid having an entire summer without nuclear energy."

More than a year after the accident, Japanese citizens and their leaders still can't decide whether to phase out nuclear power, and if so, how. A German-style solution — shutting down all nuclear plants in 10 years — is considered so infeasible that one ruling party leader branded it "mass suicide."

Government adviser and energy expert Hiroshi Takahashi says Japan will probably opt for a compromise — downsizing the nuclear share of the energy mix by half, from 30 percent to 15 percent, over the next 20 years.

"It seems very realistic because it's not extreme, it's in between," he says.

Conspicuously missing from this scenario, Takahashi says, is a nuclear exit plan. The government is likely to simply include a clause in any plan that it adopts stipulating it would reconsider its strategy in 2030, thus postponing a final decision.

For most of Japan's modern history, a handful of giant utilities have dominated the energy industry. They have kept the lights on and built one of the most stable, blackout-free systems in the world.

But coddling utilities has saddled consumers with exorbitant bills and stymied the development of smart grids and alternative energy. The fight for the hearts and minds of Japanese voters like Shimoda, the Tokyo mother, has just begun.